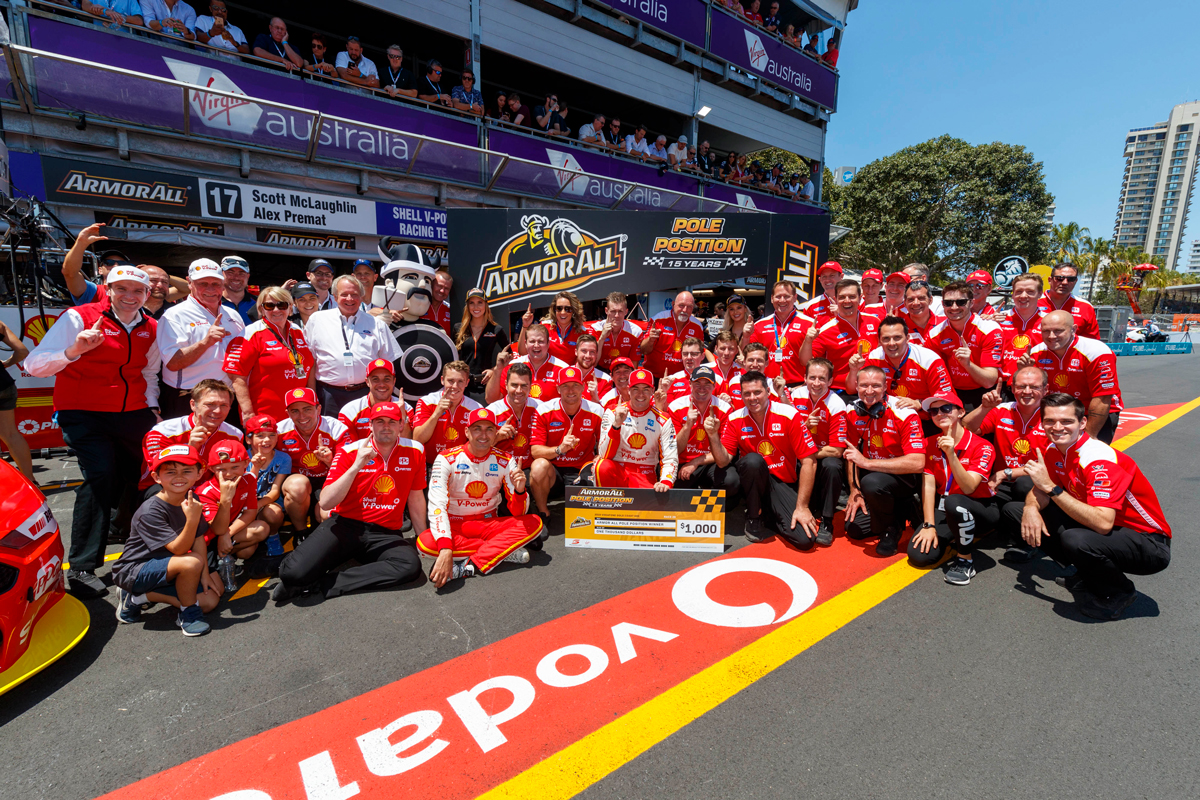 Provisional polesitter Chaz Mostert crashed out of the ARMOR ALL Top 10 Shootout, as Scott McLaughlin recovered from a tough lead-in to secure pole.

There was a sense of shock at the climax of the Vodafone Gold Coast 600 Saturday Shootout when Mostert found the concrete hard at Turn 11.

The #55 Mustang clipped the inside kerb as he chased McLaughlin’s benchmark and fired into the wall, leaving the Supercheap Mustang unlikely to make this afternoon’s race.

McLaughlin had battled in Friday practice with the track limits around the chicane’s kerbs before clipping the wall on three occasions in qualifying this morning.

But the Kiwi dug deep to deliver a stellar lap when it mattered most, posting a 1:10.0787s to seal his 16th ARMOR ALL Pole Position of the year and the 62nd of his career.

“I just had to have a big think about it and realised I needed to stop over-driving it,” McLaughlin said.

“I’m glad Chaz is alright, that was a big lick, I hope his team can get back out there.

“But stoked for our team, the car has been good all weekend, I’ve just been driving really badly.” 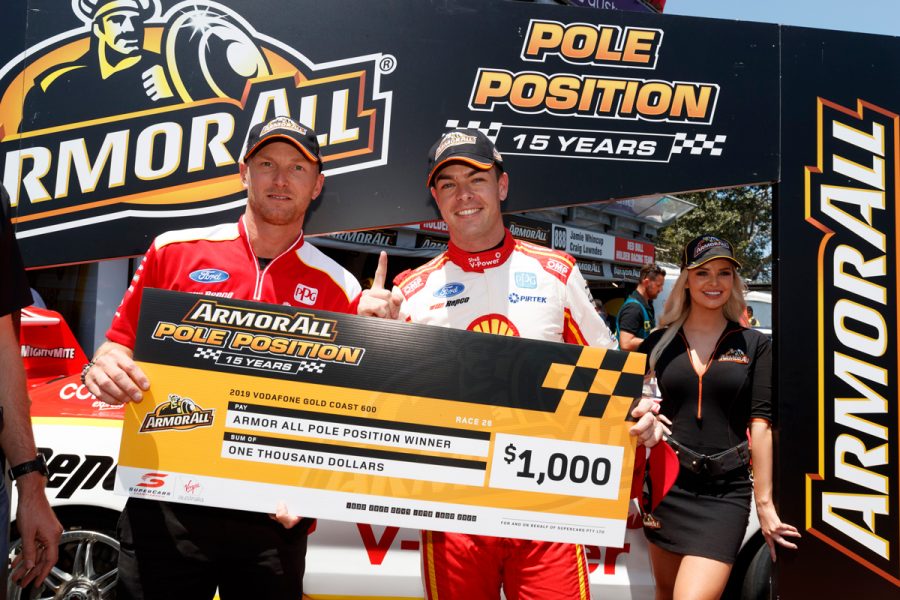 Jamie Whincup will start next to the Shell V-Power Racing Mustang on the front-row, having lapped 0.1794s off McLaughlin’s pace.

“Everything is ok, I’m just getting a bit tired of getting dusted by two tenths in quali week in, week out,” Whincup said.

“I feel like [engineer David] Cauchi did a good job, we made a tune for that, took a bit of a risk. The car was better and I maximised.

“So to come in and be dusted by two tenths is a bit deflating but we’ll keep chipping away to improve the car speed.”

Shane van Gisbergen and Cameron Waters also managed times quicker than anything seen in qualifying to ensure they will feature on the second-row.

James Courtney opened the Shootout with an early kerb strike that saw his lap scratched. He will be promoted from 10th to ninth if Mostert is unable to start.

“Every year these hops cause a drama and once again it’s happened.

“Last year we got done as well. Disappointed.”