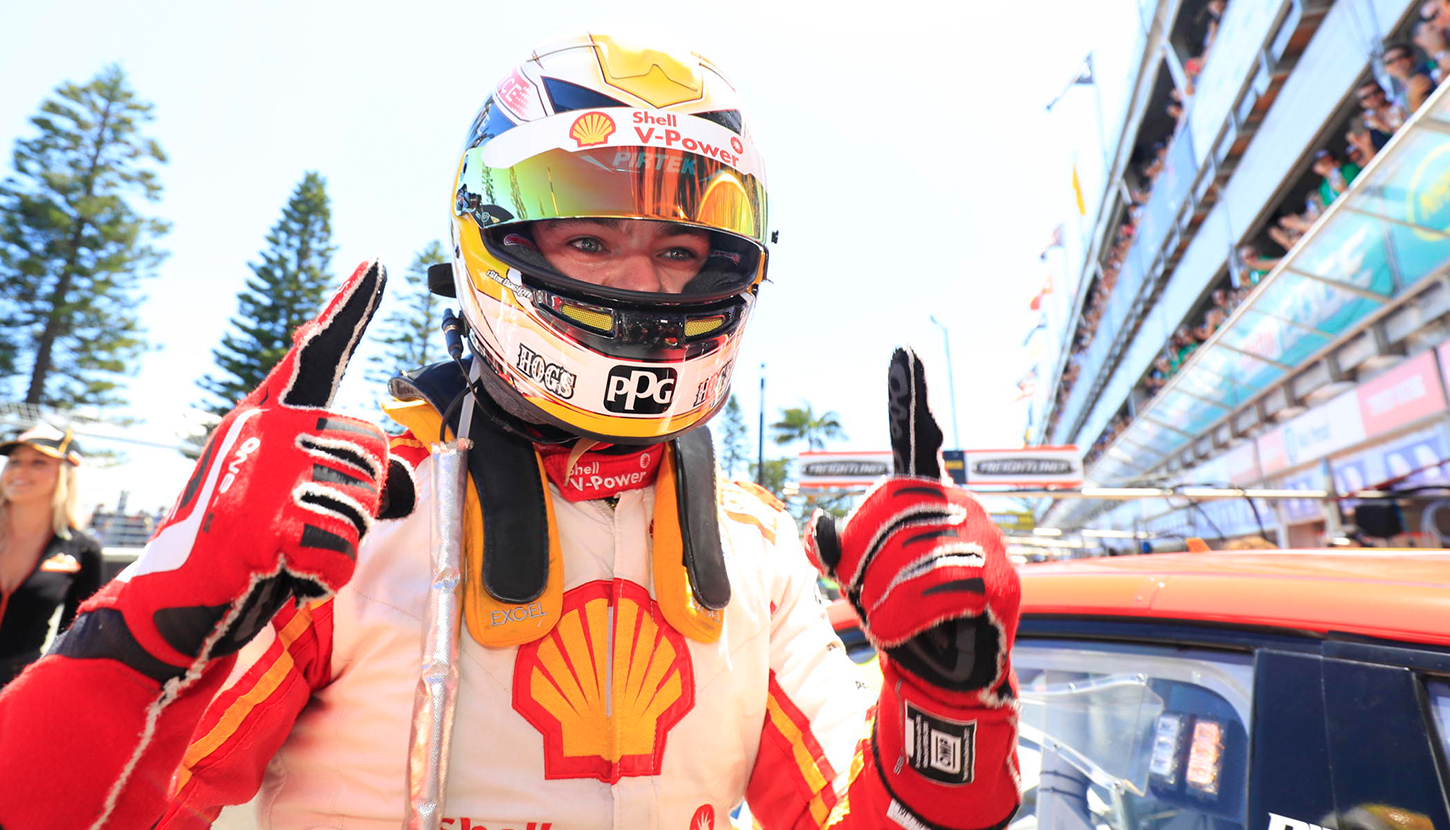 Scott McLaughlin has turned up the pressure on points leader Jamie Whincup with his 15th AMROR ALL Pole Award of the season at the Coates Hire Newcastle 500.

Whincup will start fifth after an intense 20-minute session that ended with the top five separated by less than a tenth of a second.

The quick times started early, with Michael Caruso recording a 1:09.9651s on his first flying lap that proved good enough for fourth in the final reckoning.

Van Gisbergen went 0.0168 seconds quicker than the Nissan to go to the top at the halfway mark, before McLaughlin improved the benchmark by a further 0.0418s five minutes from the end.

McLaughlin had escaped a close call with Tim Blanchard on his earlier run, spearing down the inside of the CoolDrive Holden into Turn 11 after locking the brakes of the Shell Ford.

The final run saw Whincup go fastest to the first sector but, after running wide at Turn 11, he was only able to improve from seventh to fourth.

That became fifth when David Reynolds moved into second place 30 seconds from the end, knocking van Gisbergen off the front-row and Caruso to fourth.

McLaughlin and van Gisbergen were both up on the eventual pole time at the end of the second sector on their final laps before making mistakes and failing to improve.

“We didn’t make it easy for ourselves, it was very difficult out there,” said McLaughlin, who enters this afternoon’s race 30 points behind Whincup in the championship.

“This weekend’s the most-important of the year, to get pole is fantastic. It’s going to be a tough track to pass, strategy’s going to be important.

“I’m sure people behind us are going to come at us pretty hard.”

Whincup is braced for a tough race from the third row of the grid.

“[We’re on] the wrong end of the closeness, unfortunately,” he said.

“P5 around a track that’s tight and twisty and is going to be hard to pass, we’re going to have our work cut out for us this afternoon. That’s the way it goes.

“I think it should be better as a race car, but it’s difficult to pass. I’m wrapt we’re up the front there somewhere to have a crack.”

Red Bull team manager Mark Dutton revealed after the session that van Gisbergen’s final lap had been affected by a fuel alarm.

“The alarm came up to say he was low on fuel, which is meant to be turned off,” he said. “It stuffed up his last run, which had purple sectors. A mistake on our side.”

Reynolds was meanwhile pleased with second after a tough run through Friday practice.

“Yesterday we weren’t very happy with the car, went back to the drawing board and had a look at everything,” he said.

“Obviously Al [McVean, engineer] made a good change and it’s paid off.”

Rick Kelly made it two Nissans in the top six ahead of Will Davison, Fabian Coulthard, James Courtney and Chaz Mostert.

Mark Winterbottom spent the majority of the session towards the bottom of the order before improving to end up 11th.

Scott Pye failed to convert his practice pace and ended up 17th while Craig Lowndes struggled to 20th.