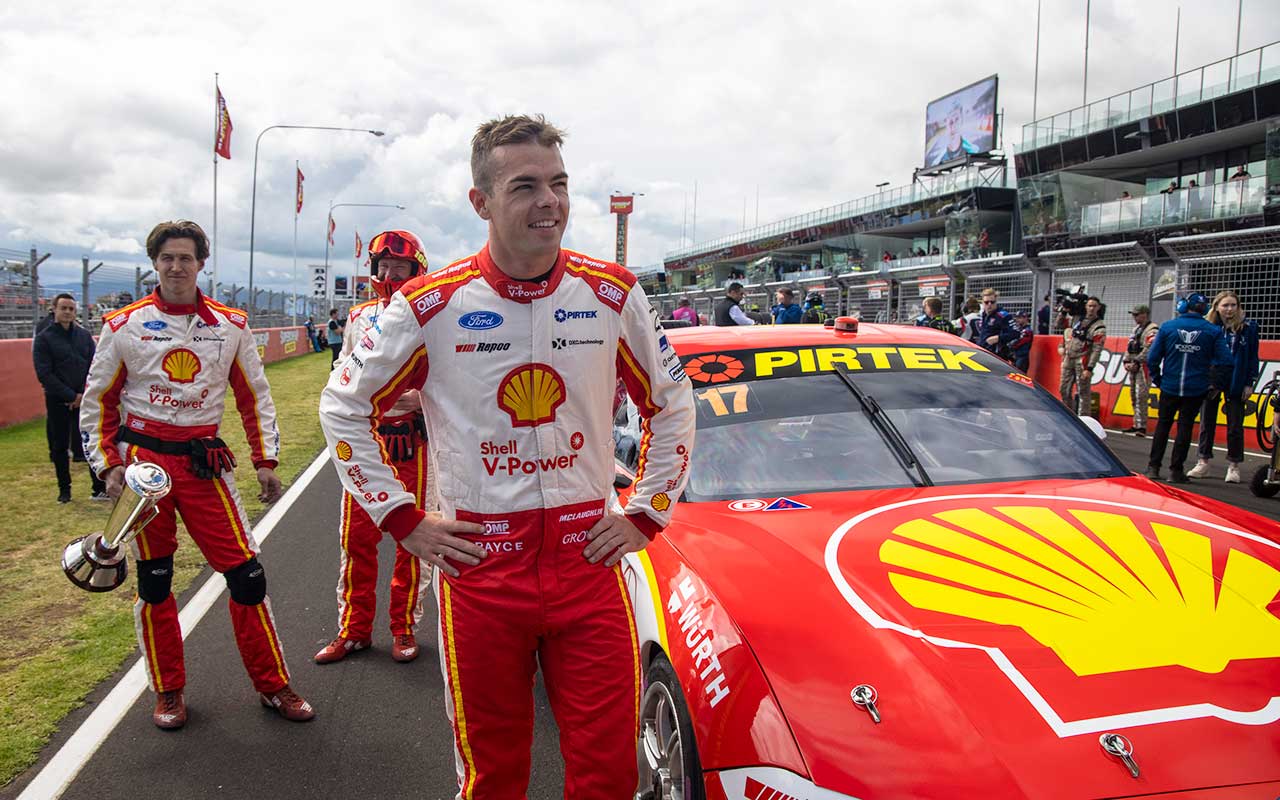 On the eve of his debut IndyCar race, Team Penske has confirmed Scott McLaughlin will race full-time in the US series in 2021, and return to Supercars as a co-driver for the Repco Bathurst 1000.

Just days after claiming his third consecutive Drivers’ Championship and helping DJR Team Penske claim the 2020 Teams’ Championship – McLaughlin’s US-based Team Penske announced he will make the transition to a full-time drive in IndyCar in 2021.

The 27-year old Kiwi, who claimed his third Barry Sheene Medal for Supercars’ Best and Fairest last Sunday, has made no secret of his desire to move to the US to race in IndyCar and will tomorrow make his debut at St Petersburg in Florida.

The news comes as part of Team Penske’s confirmation it will withdraw from Supercars, with Dick Johnson and Ryan Story to run a rebranded Dick Johnson Racing in 2021.

“I’m so excited for the opportunity to take the next step in my career and compete against some of the best drivers in the world in the IndyCar Series,” said McLaughlin.

“The last four years racing for DJR Team Penske has been amazing. I want to thank every single person on the team, and everyone that has helped me reach this point in my career.

"I wouldn’t be in position to continue to chase my dream without the hard work of so many people along the way.

"I’m looking forward to the challenge of joining one of the most iconic motorsports programs of all time – Team Penske’s IndyCar team.

DJR will announce its driver line-up and more details about its 2021 Supercars program in the coming weeks, with speculation mounting McLaughlin will be replaced by rising star Anton De Pasquale in the #17 Ford Mustang.

Johnson said in a statement this morning: “We want to thank Scott for his professionalism on and off the track.

“He is a generational talent and we are excited he will join us as a co-driver at next year’s Repco Bathurst 1000 in October.

“We know Scott is in a great position with Team Penske for the future and we wish him all the luck in the world as he begins his IndyCar career.

“The future is also very bright at DJR.

“We have truly amazing people in our team – the same people that have been the driving force behind the race wins and championships we have won over the past six years.

“We also have a fantastic and committed group of partners, who remain in lockstep with us for 2021 and beyond, and some of the most passionate and loyal fans in motor sport.

“With that kind of support and experience, we are ready to build on our success with the Shell V-Power Racing Team.”