Having swept all three practice sessions, McLaughlin continued his unstoppable form during the three-part knockout qualifying.

Will Davison looked set to join McLaughlin on the front-row before Whincup, electing to do just one run in Q3, knocked him off, falling just 0.1112s short of the #17 Ford.

“It's awesome. I'm so proud for everyone,” said McLaughlin of the 100th pole milestone.

“I knew that [Whincup] was pretty close, but we're in a pretty comfortable window with our race set-up that we can go into the race and look after the tyres as well." 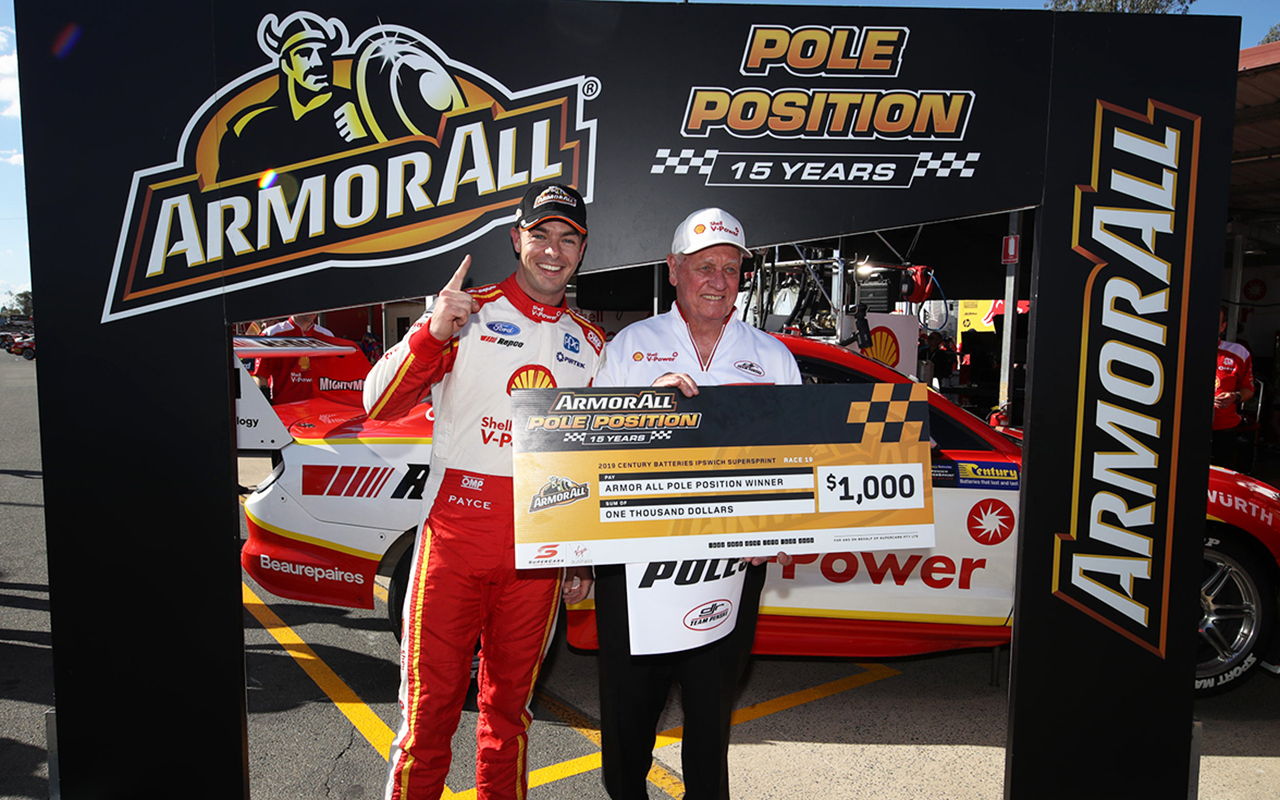 Having declared himself on ‘struggle street’ during Friday practice and then been just 18th on Saturday morning, Whincup was pleased with second.

"We weren't that happy with the car in P3, but [engineer David] Cauchi made a really good tune before qualifying and the car was much better,” he said.

“We owe it to everyone who's paid $50 to get in the gate today to get the start and then try and make a race of it.

“We'll properly race the #17 as hard as we possibly can. You've got be a little bit careful you don't expose yourself to the rest, but we're not here to run second. We'll give it a red hot go."

Davison will share row two with Tickford stablemate Lee Holdsworth, who nailed fourth on his second Q3 effort, having had his earlier time deleted due to a track limits breach at Turn 2.

Like team-mate Whincup, Shane van Gisbergen did just one Q3 run, leaping from 10th to fifth after the chequered flag.

Fabian Coulthard and Cameron Waters completed the 10, having joined Davison in sitting out the final minutes.

Nick Percat will start 11th having topped Q1, before missing out on a Q3 spot by 0.04s.

Waters, Tim Slade and Scott Pye also progressed through the first session, with Slade ending up 13th and Pye 14th.

It was a tough session for Kelly Racing; all four Nissans knocked out in Q1, with Andre Heimgartner their best performer in 15th.