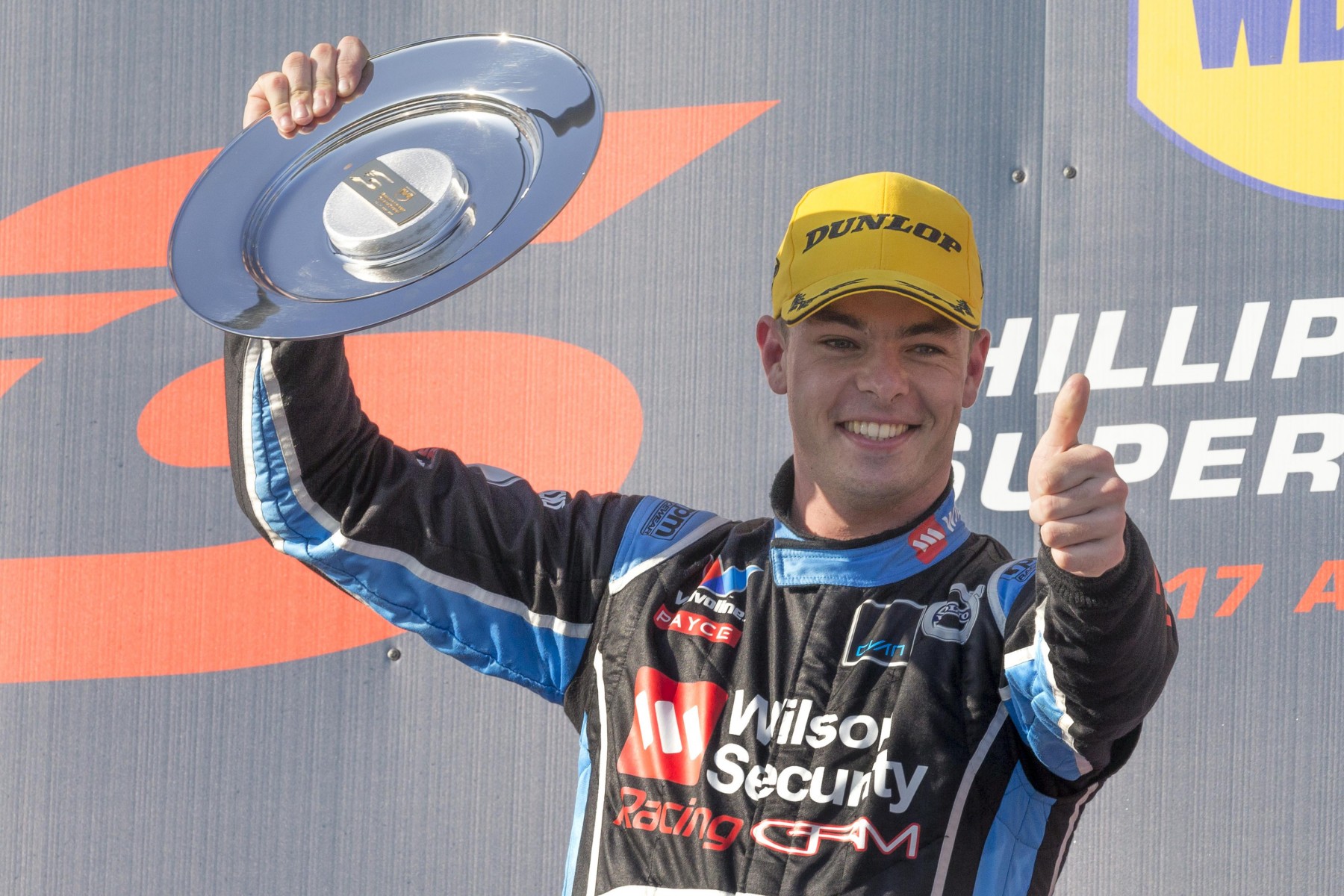 Hot young Kiwi driver Scott McLaughlin has admitted he has been approached by DJR Team Penske as he ponders his future beyond the end of this year.

Persistent pit lane rumours point to McLaughlin having already agreed to race with the developing Penske team in 2017. But the talented 22-year old says he is torn between loyalty to colourful Wilson Security Racing GRM team owner Garry Rogers and the potential of other options.

The loss of Volvo backing, and uncertainty around which cars GRM will race next year will impact the decision, self-managed McLaughlin says.

He sits third in the championship points and remains the only two-race winner so far this season.

Garry Rogers’ son Barry, who is instrumental within the team, has said GRM will focus on the championship and put contract talks aside until October.

In an interview with Mark Fogarty for Supercars.com, McLaughlin has detailed his side of the story.

“I think I’ve been pretty open with you and all the media,” McLaughlin told ‘Foges’.

“I’m not saying discussions haven’t taken place [with DJR Team Penske], that I haven’t spoken to anyone there, but at the end of the day, nothing serious has been put in place.

“It’s more of a case of me needing to work out my options as a young driver coming up – and you know that as a reporter and have to understand that. I haven’t signed myself anywhere, I haven’t done anything. I’ve just been trying to find the pros and cons of each place, and at the moment, I’ve been very happy at Garry’s, so I just have to… Mate, I’m just trying to work all that stuff out.

“Obviously, now, the Volvo deal throws everything out of proportion, but I’ve been happy with Garry. Garry gave me my shot and at the end of the day, I’d love to win the championship for him and I really think we can do that this year. So my main focus this year is to try to get a championship for him.”

While DJR Team Penske is still finding its feet in Supercars after expanding to two cars this season, it’s the long-term future that makes it a logical fit for McLaughlin, particularly given the potential to race for Team Penske in the USA.

“I’ve been pretty open about my international aspirations and all that sort of stuff, but Volvo could’ve given me that opportunity as well – and they did give me that,” McLaughlin said, referring to his guest drive in the opening round of the Scandinavian Touring Car Championship a fortnight ago.

“But I think for me it’s just about trying to understand where my team’s going first before I jump the gun and just go to a team that’s a complete unknown; that could be Penske, that could be anyone else.

“Like, I’m just trying to work out the best deal for me and then move forward with it all.”

The Holden Racing Team is another name that has been thrown in the ring for the young Kiwi.

“A few years ago there was stuff there, which didn’t happen,” McLaughlin said of a potential shift to drive the Supercheap Auto Walkinshaw Racing entry in 2014, the seat taken by Tim Slade.

“Thankfully, what I chose in the end, to sign a new deal with Garry, worked out really well and brings me to this point.”

McLaughlin continues to speak positively about his relationship with Rogers as a mentor and the man who gave him his opportunity in Supercars. And he hasn’t given up hope Rogers will pull a rabbit out of a hat for 2017, either.

“Garry’s a bloody good salesman. You never know, he might have Mazda on the doorstep, he might have anything. So for me there’s opportunity with Garry because there’s possibly other things on the horizon,” McLaughlin said.

Read ‘Five Minutes with Foges’ here for more with McLaughlin in his open chat with respected journalist Mark Fogarty.