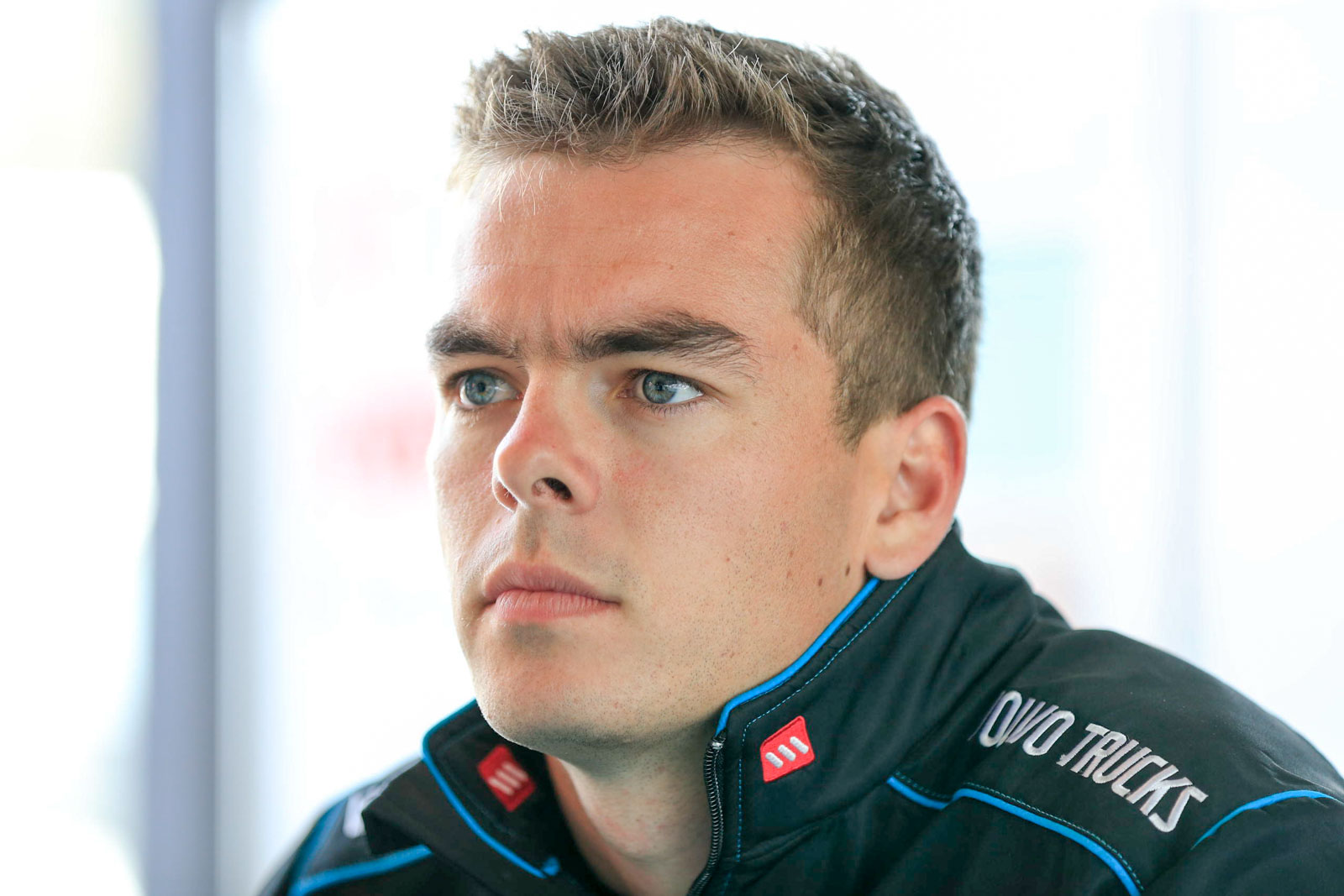 With new boss Roger Penske looking on, Scott McLaughlin has put himself in a strong position to win his first Supercheap Auto Bathurst 1000.

The 23-year old Volvo driver locked in a front row start with an exciting shootout lap around Mount Panorama, just 0.0652 seconds off pole sitter Jamie Whincup as the sun set.

McLaughlin contained his emotions in the post-race press conference but has his eyes on the prize tomorrow, as he pairs up with former teammate David Wall.

“I’m stoked for the guys, obviously it’s handy track position and we’ve got a good car, so we’ll see tomorrow,” he said.

No one was giving away which of the pairs would start, usually a mix of co-drivers and main drivers as the lights go out.

“I’d just like to lead the end part not the first part, that’s the main thing,” McLaughlin said.

“We’ve had a good car the last few years and I don’t think anything tomorrow will be any different.

“I think we’ve got a very strong car heading into the race, I think Dave will do a fantastic job as well so just looking forward to seeing what we’ve got.

“Obviously the #88 crew will be fast too, and everyone else as well.

“I’m looking forward to it, and I think it’s going to be a ripper race.”

McLaughlin went out on track second last and with second, maintained his qualifying position with the hot lap.

“I had a good hard crack and just came up short to Jamie. A fantastic lap by him.”

Wall looked on during the shootout for the first time – returning from full-time Supercars racing at the end of last season – and knows this is one of the biggest opportunities of his racing career.

“I’ve never started off the front row of Bathurst before so I’m looking forward to the challenge ahead tomorrow,” he said.

“It’s obviously great for everyone involved and really looking forward to getting into the car tomorrow for my stint and doing my part.”