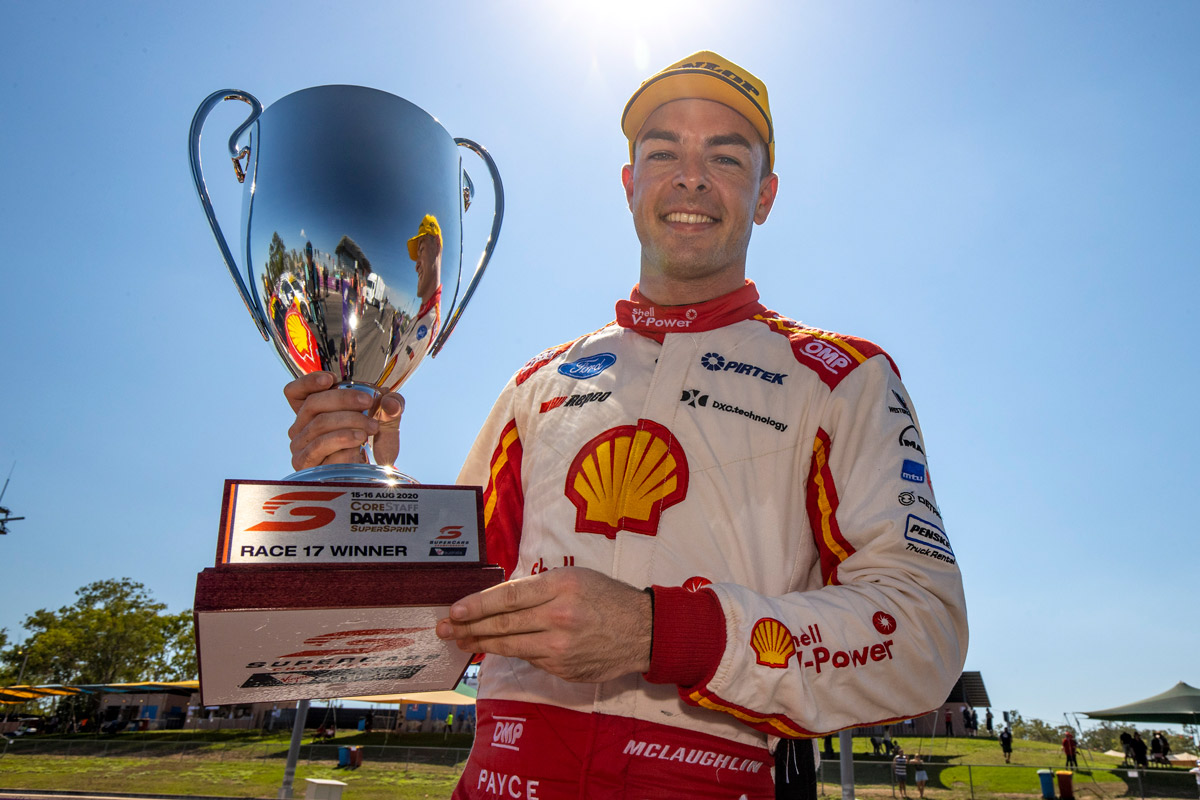 The Shell V-Power Racing driver continued his sublime 2020 form with a dominant display in the opening race of the CoreStaff Darwin SuperSprint.

McLaughlin sailed past polesitter Jamie Whincup off the start line and victory hardly looked in danger from there.

The result marked the 27-year-old’s 49th Supercars championship race win, catapulting him past the late Brock into fifth on the category’s all-time winners list.

McLaughlin said post-race he feels there’s no comparison between himself and the fan favourite, given the increased number of races in a modern season.

Brock’s tally also does not include many of his key triumphs, including nine Bathurst and nine Sandown enduro wins, as they were not part of the championship during his era.

“It is very cool,” said McLaughlin of the stat. “There’s no comparison between us, in regards to myself there was so less races compared to what there is now.

“[But] it’s a pretty proud moment for me and my family.”

McLaughlin, who now holds a 109-point series lead in pursuit of a third straight title, never had the opportunity to meet Brock before the legend’s death in 2006.

“I obviously have memories of watching Peter but… it really wasn’t until 2002 Bathurst where I got to watch him properly and understood Supercars the best, when he did his 2002 run, and obviously ’04,” he said.

“So I fully understand what the bloke has done and who he is as a person.

“He could have won a huge amount of races if he had the same format that I do right now, the amount of races that we get to have and win is a lot more, but I’m very proud to be in that sort of namespace.” 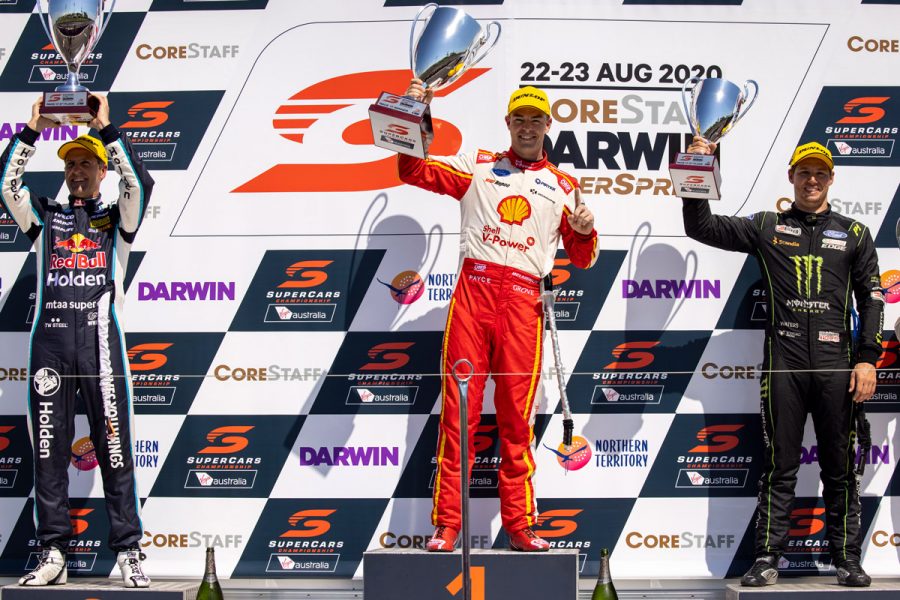 Brock’s legacy includes the Bathurst 1000 trophy being named in his honour, which McLaughlin lifted for the first time last October alongside co-driver Alex Premat.

McLaughlin will have the chance to close in on Garth Tander’s 55-strong win tally with another two 38-lap races to feature in Sunday action at the CoreStaff Darwin SuperSprint.

The chances of McLaughlin reaching Whincup’s heights though appear remote, given his oft-stated desire to move to further his career in the United States in future.