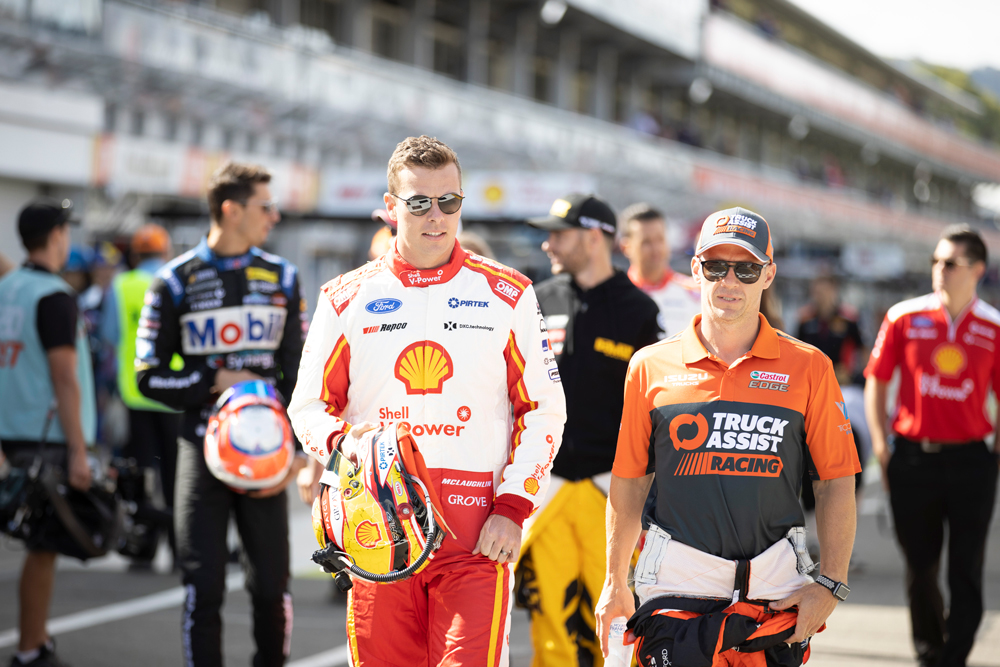 Scott McLaughlin says efforts to support the medical industry through the COVID-19 pandemic are indicative of the Supercars community’s willingness to look out for others.

In recent days Triple Eight has developed a ventilator prototype, while Erebus Motorsport has begun distributing devices to protect health care workers with the help of Team CoolDrive.

The response has hardly caught McLaughlin by surprise.

“It’s the same on-track, when we have a crash and it’s a bad one and the car needs to be fixed, you’d be hard pressed to find one team that doesn’t come down and help you,” he said in an interview with Fox Sports News.

“Everyone comes down and says ‘hey, do you guys want bits, do you want tools’ – not necessarily people, but they help out.

“It’s the same thing here, the world is going through a bit of a pandemic at the moment as we all know and Supercars and those teams have got together with their resources and put it together and that just shows the motorsport spirit.

“I’m very proud to be a part of it all and it looks like it’s a fantastic initiative that they’re helping out with.”

With no on-track racing until at least June, McLaughlin and his fellow drivers are readying themselves for next week’s BP Supercars All Stars Eseries opener.

“It’s pretty cool, iRacing do a fantastic job, the platform that we’ll race on, at looking after the tyre models and making sure it’s close to what we have,” he said.

“You don’t have that physical exertion of driving a Supercar but it’s very close [to the real thing].

The 26-year-old is also competing in the IndyCar iRacing Challenge. He placed fourth in the first race last weekend, seeing along the way how good a spectacle a virtual event can still be for fans.

“They did a great job and that’s why I hope all of the Supercars drivers here and the teams get behind this concept, because all of the teams and drivers got behind it in America and it went gangbusters, everyone loved it,” he said.

“Hopefully the same effort happens here, which it looks like everyone is into it. It’s going to be an enjoyable race.”