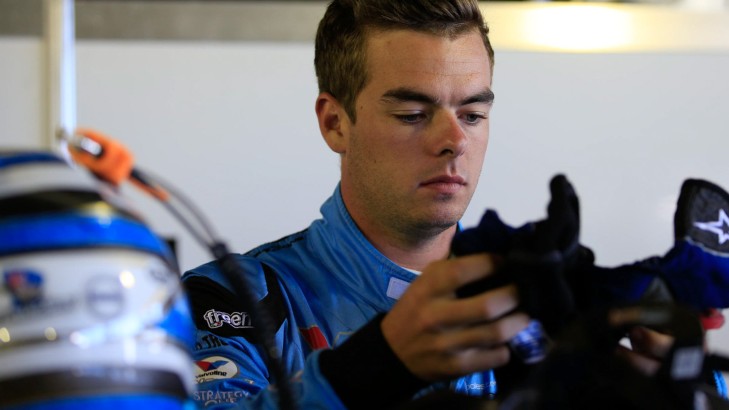 Last year Volvo won its first Championship race at Barbagallo Raceway in Perth, but this time star driver Scott McLaughlin believes it will be a bigger challenge.

While he is confident he has improved as a driver since the exciting victory - followed by wins at Sydney Motorsport Park and two at Phillip Island last year- with the team experiencing engine issues this season and competitors continuing to up their game, the Kiwi is unsure of what to expect at this weekend's Perth SuperSprint.

"Last year for us to win there was a big achievement for the whole team but we're going in this year probably more on the back foot," McLaughlin told v8supercars.com.au.

"Obviously the Championship is not going as good as we want it to be - we're just looking forward to heading back and giving it a good hard crack.

"But now a lot of people have gotten a lot faster - the Fords, Triple Eight, they have a lot of speed and it's going to be harder than ever."

So while it is was a track they celebrated last year, the 21-year old was not making any bold statements for this year, though he is debuting a new chassis at the 2.41km circuit, which the team shook down since the last event in Tasmania.

"It's definitely a track our cars go good at - but you just don't know, now everyone's sort of gotten little bit faster and we've had to get a little bit faster just to stay up there ... it's such a lottery these days, you don't know where you're going to be at these tracks, but hopefully we're there and thereabouts."

Another factor for McLaughlin that he has not raced theVolvo S60 at the circuit on hard tyres, with the last mixed tyre event at the venue in Perth back in 2012. In-line with this year's SuperSprint format, teams qualify and spend Saturday's races on the hard Dunlop tyre, before the mixed tyre race across 200km on Sunday.

"We've always been soft there, we've got degradation numbers from racing there last time on the soft tyre but not on the hard, so it's going to be a bit full on, I reckon," McLaughlin said of the mixed tyre race.

"I think it's a good idea and I think any time you can get on that soft tyre is better - it's a lot better tyre, I feel, than what we have as the hard tyre and I think it provides good racing."

Wilson Security GRM has been working with Polestar in Sweden to conquer its recent engine dramas, and while McLaughlin knows his crew will be working to the best of its ability, he won't know until rolling out on the track on Friday whether or not the issue has been solved.

"The boys are doing their best - I sort of stay out of that sort of stuff," he said.

"The boys are working on it hard, I know that for sure and they won't stop until they solve all the issues. So I'm looking forward to seeing if they have solved any issues, if we do still have gremlins or we might not see anymore again - fingers crossed we don't."

McLaughlin's disappointing start to the Clipsal 500 meant his Championship assault did not begin as strong as he'd hoped, but after finishing seventh in Sunday's race in Tasmania, he's in better shape in 13th, just 65 points from the top 10. He knows a strong performance in the big-points Sunday races is the way to make in-roads quickly.

"We need to make sure we're up the front, up the pointy end, and we'll be right."

McLaughlin will be on tonight's episode of Inside Supercars from 7.30pm on FOX SPORTS 506. Tune in for more with the young gun, who will be joined by Supercheap Auto Racing's Tim Slade on the panel. Click here for more information.

Tickets are available for the Perth SuperSprint now.

No 'shoulders slumped' at Nissan