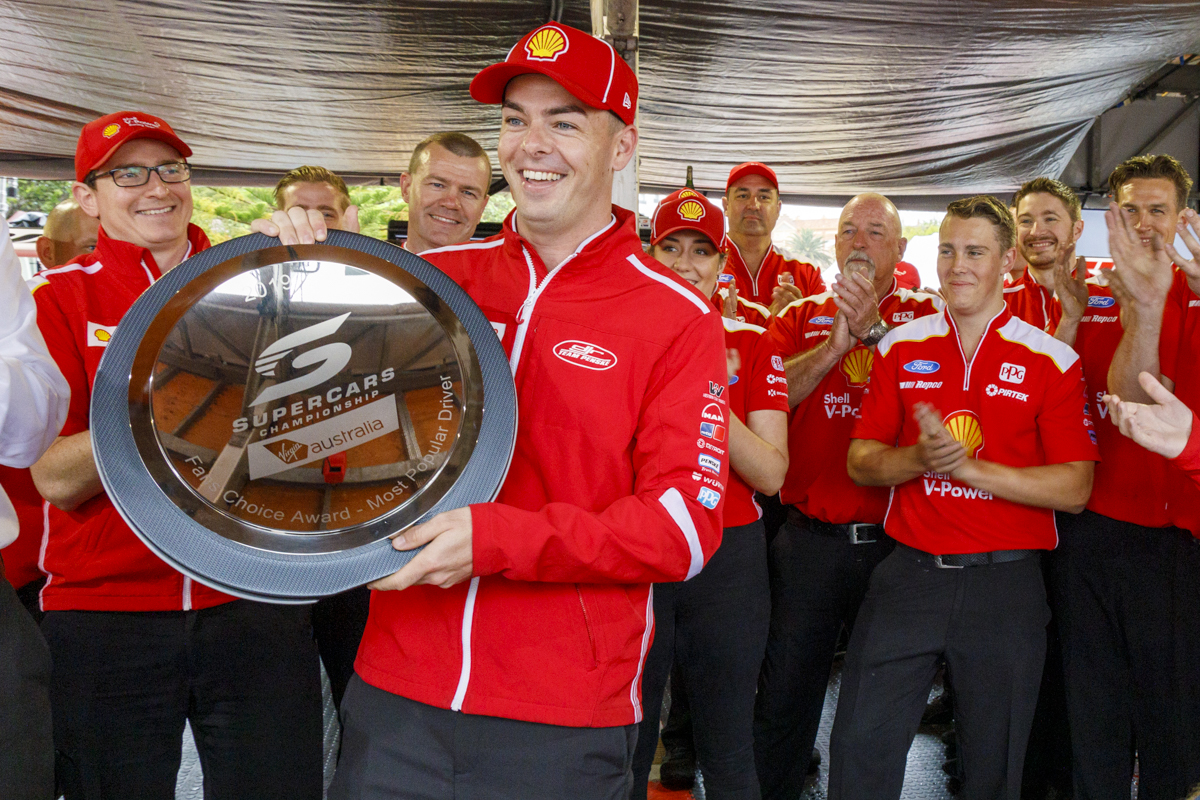 Scott McLaughlin has taken out Supercars’ fan-voted Most Popular Driver Award for a third successive year.

The honour, voted on through Supercars.com, was bestowed upon the 26-year-old in pitlane ahead of the Sunday action at the Coates Hire Newcastle 500.

McLaughlin’s popularity with fans has continued through a headline-making season, which netted a second straight Supercars drivers’ title and maiden Bathurst victory. 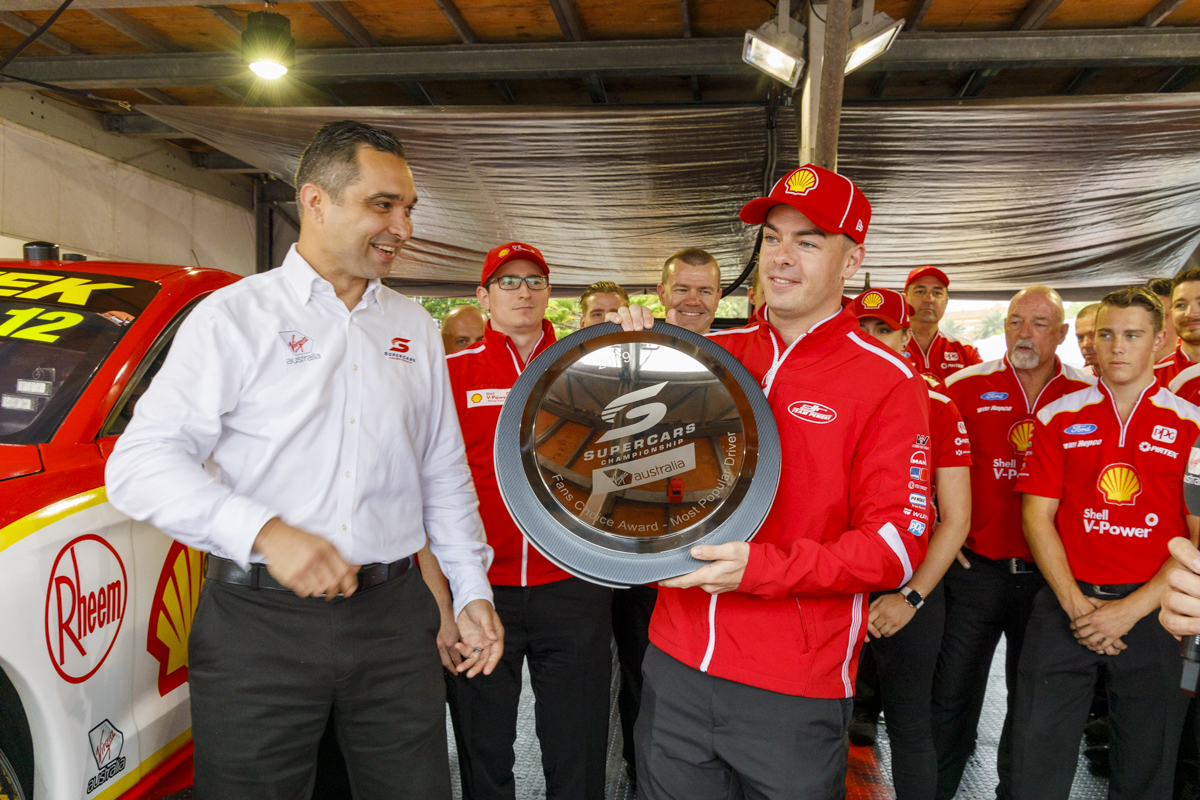 In 2017, the Brisbane-based Kiwi ended Craig Lowndes’ domination of the Most Popular Driver Award, which the now retired veteran had won in each of its first four runnings.

“It’s a very cool award. Fans are the backbone of our sport and why we go racing,” said McLaughlin during the presentation ceremony.

“I’m really proud to have a lot of support out there through thick and thin and proud to do it for them all.” 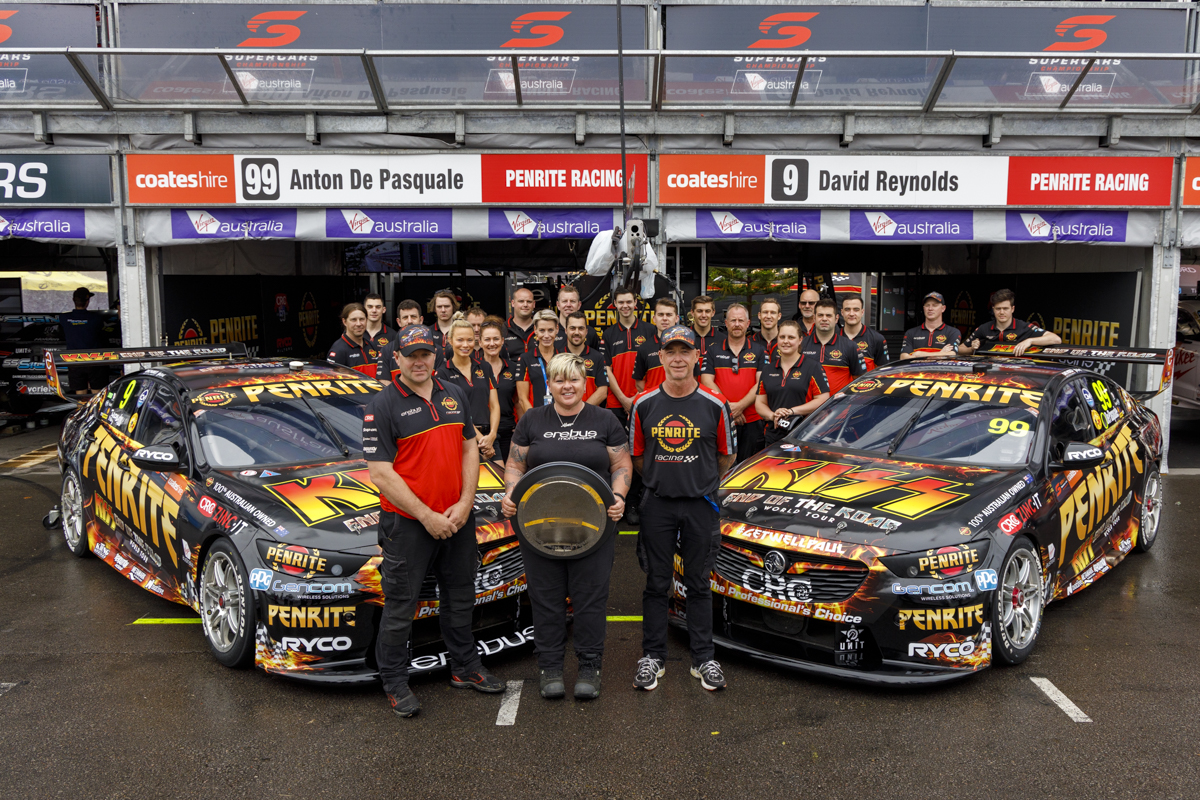 Also presented today, Penrite Racing has taken out the Best Presented Team Award, which had been won by DJR Team Penske in each of the last two years.

It is the first time the Betty Klimenko-owned team has taken out the category and comes in a season where the squad has run multiple liveries.

They have included a ‘liquid gold’ look for Bathurst, a JPS tribute scheme for Sandown’s retro round and a KISS-theme for the Gold Coast and Newcastle. 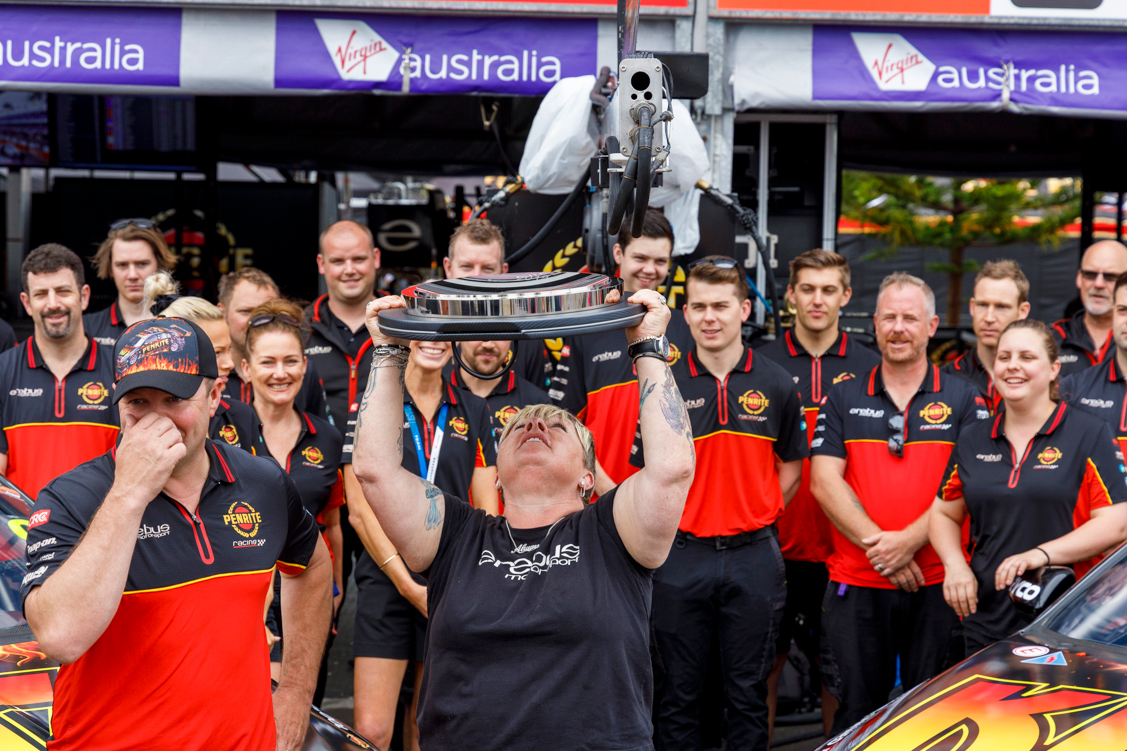 “The team has done a wonderful job,” said owner Betty Klimenko, who was presented the trophy in front of the entire Penrite Racing crew.

“They really deserve it because they went against everything that I said and it’s probably why they won the award!”

The winner of the other fan-voted award, that for Best Event, will be revealed as part of Monday night’s Gala Awards ceremony in Sydney.