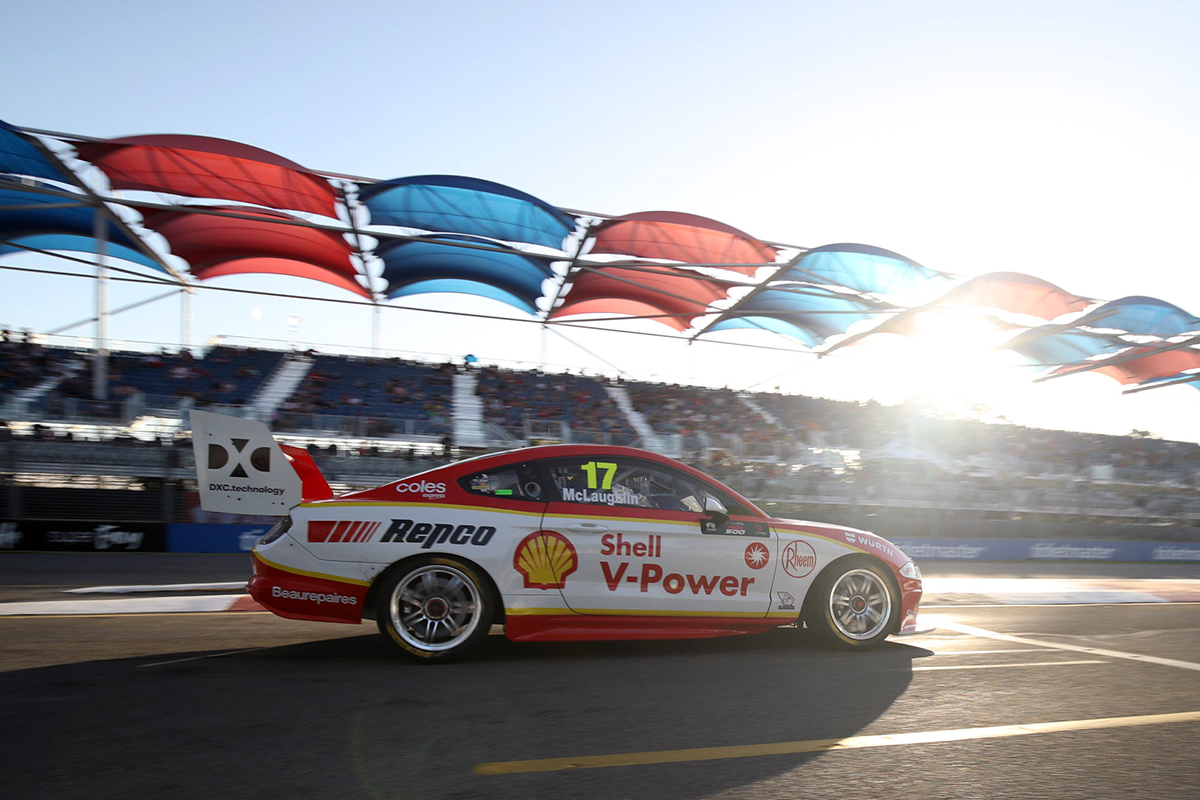 Scott McLaughlin says it was no surprise to top ARMOR ALL Qualifying at his first attempt with the new Ford Mustang Supercar.

The duo ended up first and third in qualifying, split by the Red Bull Holden Racing Team Commodore of Jamie Whincup, ahead of tomorrow's ARMOR ALL Top 10 Shootout.

Cameron Waters and Will Davison also made the top six in their Tickford Racing Mustangs, marking a fast-start for the two-door coupes.

Asked if he was surprised by the Mustang’s form on debut, McLaughlin said: “No. The pace I think is a testament to everyone who has worked hard.

“We’ve worked hard to make sure the car is good, along with Ford Performance in the US and the other Ford team (Tickford).

“We’ve tried to bring out a car that’s good enough. We back our team, myself and Fabs and I’m proud of everyone that we’ve come out strong.”

McLaughlin’s weekend got off to a troubled start on Thursday evening, when a power steering issue 11 minutes into the half-hour session ended his running.

“Yesterday we started OK and then we had that failure, so we had to sort of reset this morning,” he explained.

“Started off with a race run, worked our way through it, then this evening for qualifying it was lit, it was awesome, the car was mint. It was the best it’s been all weekend.

“We’ve both been very comfortable with the Mustang straight away. It’s a good car, we’re just trying to make a few inroads with set-up and a few other things.

“Obviously the linear spring [regulation change] is a big talking point for everyone.

“I feel as a team, we’ve adapted really well and hopefully we can just build on it from here.” 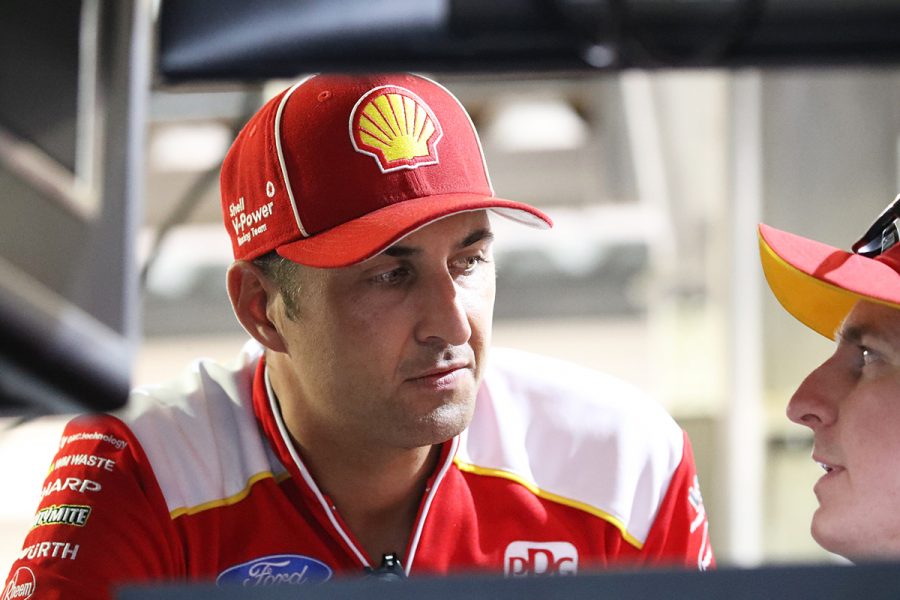 While McLaughlin had been Supercars’ qualifying benchmark over the previous two seasons in the Falcon FG X, the Mustang has sparked a return to form for Coulthard.

Coulthard had complained of a lack of rear-end stability with the Falcon – an area engineers targeted for improvement with the Mustang.

“I think it’s better, definitely. It’s nice to have a car that’s predictable,” he said of the balance.

“Definitely in the back-half of last year we improved our cars a lot, especially on a street circuit, so to come here and be strong again it’s comforting.

“It’s good for your confidence. We’ve got two Shell cars in the top three, which is a credit to everyone in our team.

“We’re looking forward to being in the 10 [Shootout]. It was pretty tough to get in it last year, so to be sitting here and doing a Shootout, it’ll be a lot of fun.

“I’ve always said qualifying is the easiest time to pass cars. This competition is so competitive, if you can start at the front you can generally stay there.”

A fourth practice session will take place from 10:40am local time on Saturday morning, before the ARMOR ALL Top 10 Shootout at 2:05pm.