McLaughlin’s new Ford threw a belt just over a third of the way into Thursday’s 30-minute session.

It crawled to a halt exiting Turn 11, McLaughlin reporting a loss of power steering and low oil pressure.

He played no further part in proceedings and fell from fourth to 12th in the final order.

The 2018 champ was, though, able to get back on track before the end of the day after work in the garage.

McLaughlin completed passenger rides in the designated session that started just over an hour after the end of practice. 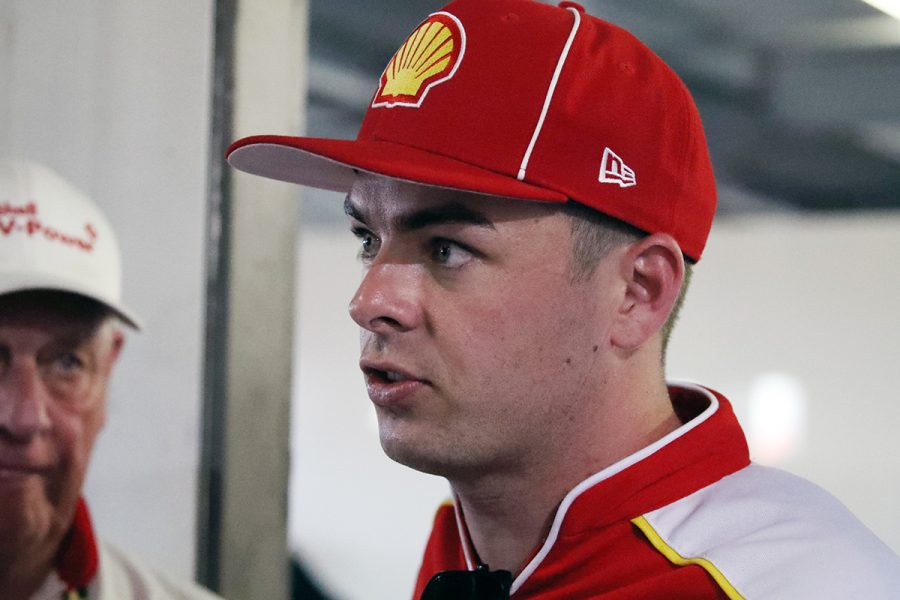 Speaking after practice, McLaughlin downplayed the impact of the stoppage.

"Our car felt really good. We were on a race run there and just having a bit of a fun time," McLaughlin said.

"The Shell V-Power car felt good, but we just had a bit of a problem there engine-wise.

"It’s a good start for everyone, unfortunately a little thing went wrong on my car, but Fabs (Fabian Coulthard) is up there.

"Overall I’m stoked, I just need to work on it overnight."

McLaughlin wound up as the lowest-placed of the six Mustangs in Practice 1, with the other five inside the top nine.

It is the second time in three events meeting rides have helped McLaughlin shakedown a Ford after practice problems.

In last November's ITM Auckland SuperSprint, he crashed in Friday practice but was back on track later that afternoon.

Friday's running consists of a pair of 30-minute practice sessions, then ARMOR ALL Qualifying for Race 1 at 6:25pm local time.