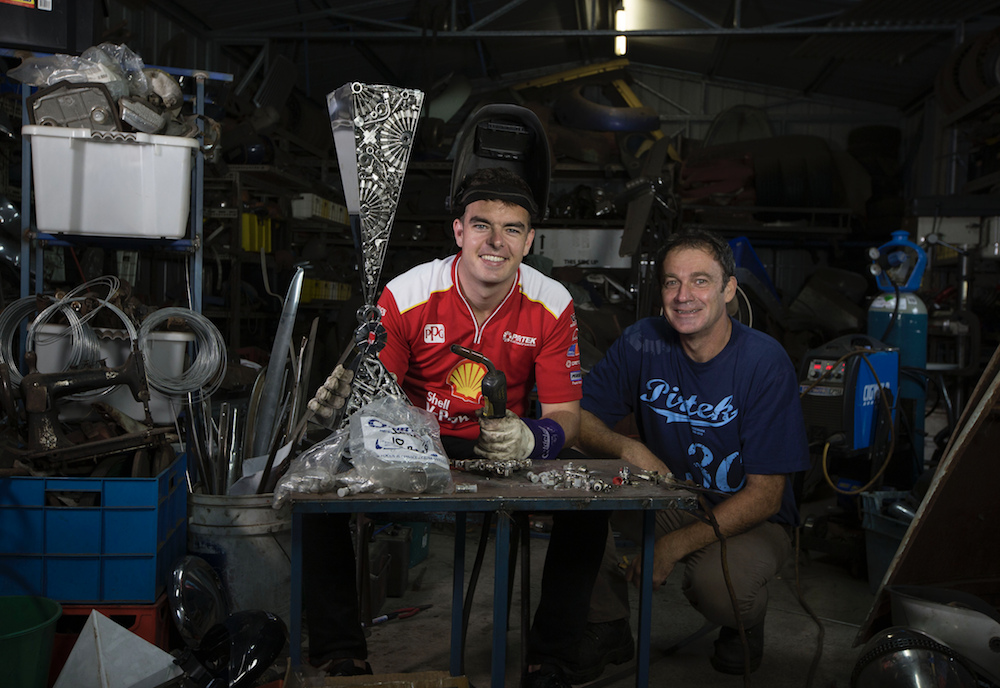 Final preparations are being made for this weekend’s deciding round of the PIRTEK Enduro Cup at the Vodafone Gold Coast 600, with Scott McLaughlin lending a hand.

The fifth PIRTEK Enduro Cup will be awarded to the highest points scoring drivers over the Sandown, Bathurst and Gold Coast events.

Each year, Corbett creates a three-quarter size replica version of the main trophy, which the winning team gets to keep.

“It has been a while since I have done any welding, so hopefully it all holds together,” said McLaughlin, who is a qualified fabricator by trade.

“Unfortunately I am out of the hunt for the PIRTEK Enduro Cup this year, but the Shell V-Power Racing Team still have a great chance to collect the trophy with Fabian [Coulthard] and Tony [D’Alberto] who are leading the points.

“I need some good results this weekend to stay in the championship hunt so that will be all the motivation I need, but I look forward to having a chance of walking away with this trophy next year.

"Who wouldn’t want it (the trophy) in their collection, have a look at it.” 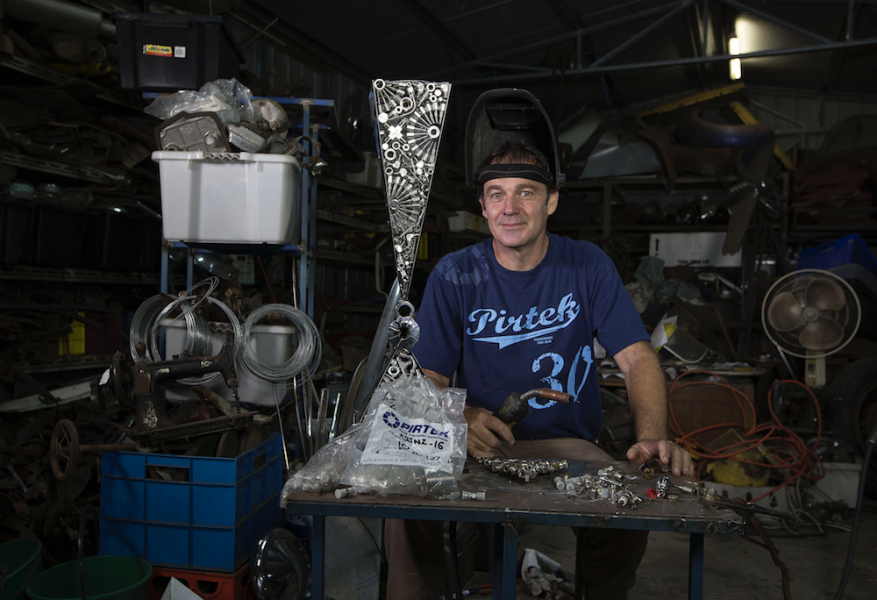 PIRTEK chief executive officer Stephen Dutton says he is delighted with the interest that the PIRTEK Enduro Cup has generated since its inception.

The concept adds extra interest to the Gold Coast race and was born following the end of the event’s international co-driver format run from 2010-12.

“We wanted to help create something quite unique and the PIRTEK Enduro Cup concept really provides a focal point for the endurance part of the Supercars season,” said Dutton.

“Originally we wanted to develop something equally unique when it came to the trophy and James Corbett certainly did that. It was great to see Scotty giving him a hand today to finish off this year’s prize."