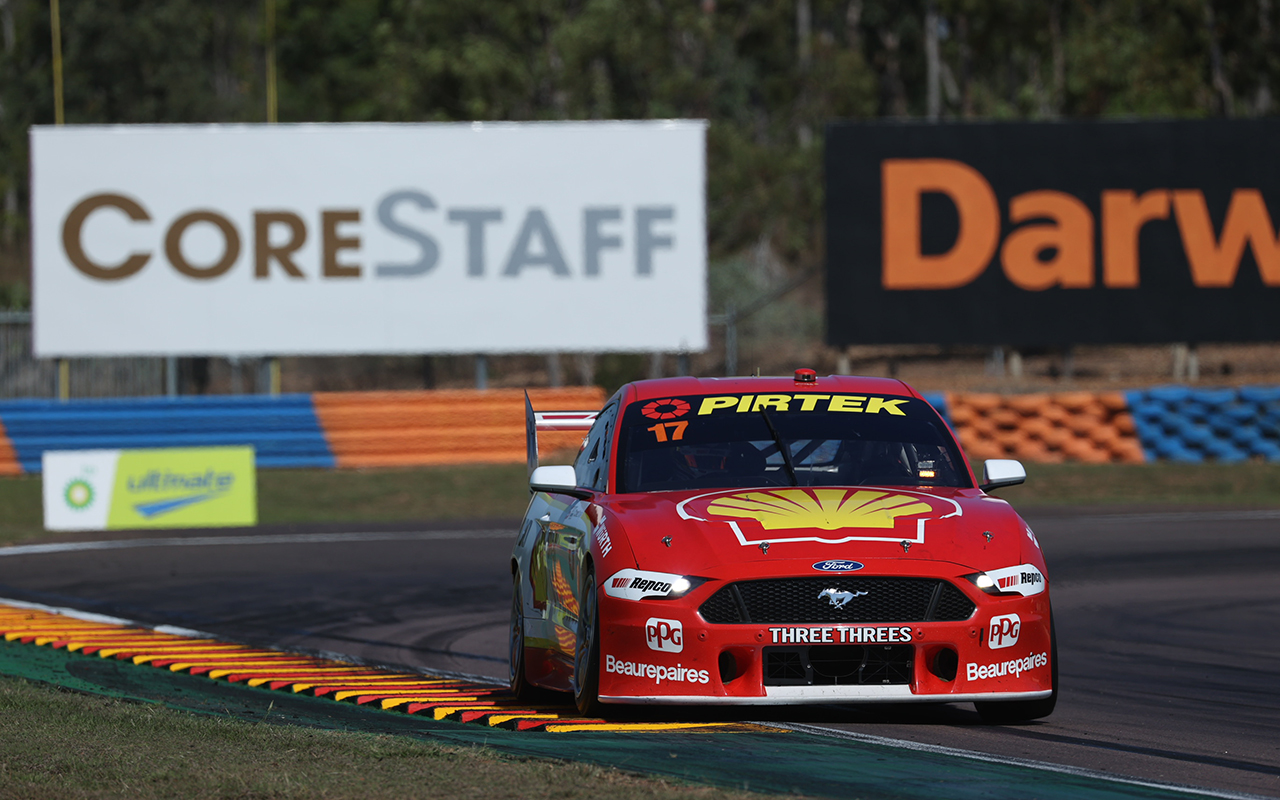 A mistake on his final run couldn’t stop Scott McLaughlin from topping second practice at the CoreStaff Darwin SuperSprint.

The two-time reigning champion sat atop the times for much of the 30-minutes, having recorded a 1:06.2487s in the early stages.

McLaughlin threatened to go faster again on his last run, improving to the end of the first sector before a slide at Turn 5 meant he aborted the lap.

He then fell just short of his own benchmark with his last lap, a 1:06.3852s, on a circuit where the quick times are usually done on the first attempt with a new tyre.

Said Winterbottom: “In the first session we weren’t quite there, but we tuned it up and got a lot better.

“If you’re within a tenth of McLaughlin it normally means you’re somewhere up the front.”

Whincup had been among those to improve with a late lap, while Coulthard's time was done midway through and had him second to McLaughlin for a period.

Having been 12th in the opening session, Shane van Gisbergen was again down the order in 14th.

A three-part ARMOR ALL Qualifying, including a Top 15 Shootout, will take place ahead of this afternoon’s 38-lap race.