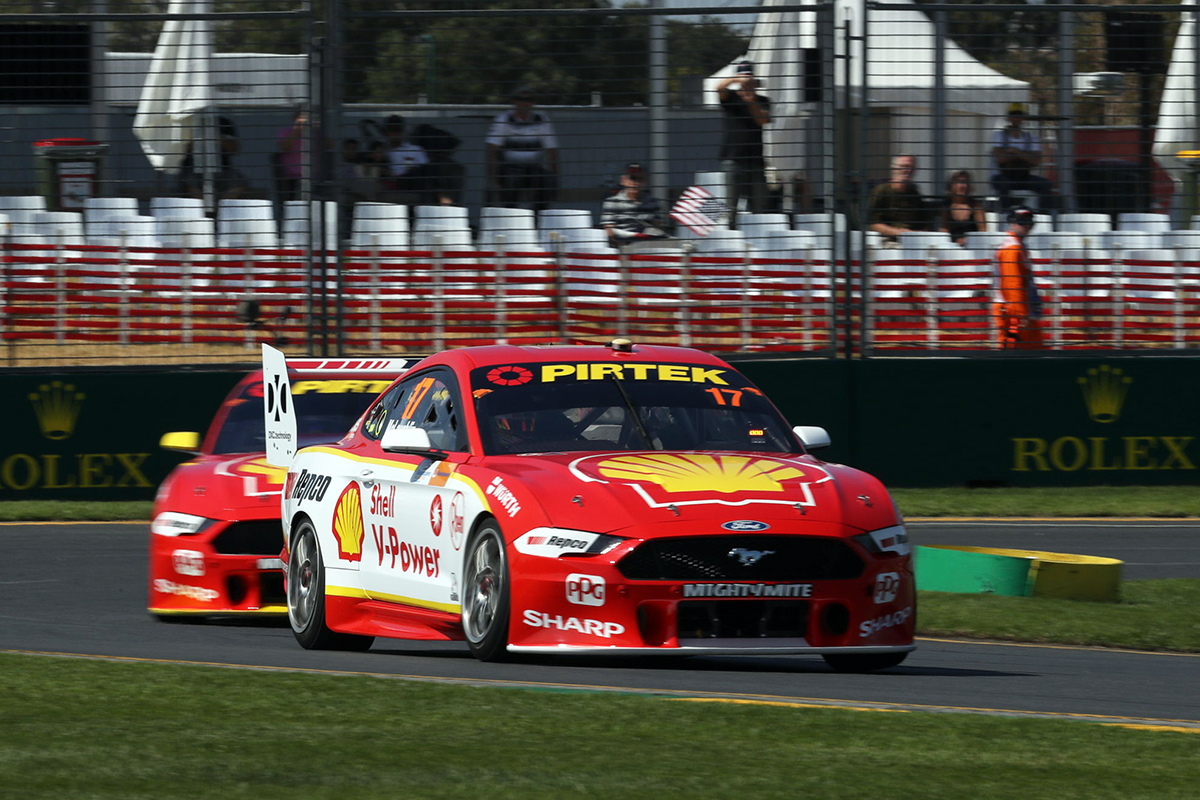 McLaughlin dominated the 30-minute session at Albert Park, turning a 1:54.5518s lap after the chequered flag had flown.

He was briefly six tenths clear at the top, before team-mate Fabian Coulthard lowered the final margin to 0.2182 seconds.

The Tickford Mustangs of Chaz Mostert and Cameron Waters were third and fourth, with the best Holden driver David Reynolds in fifth, 0.7203s adrift.

Further down the order, Shane van Gisbergen had another tough session, winding up 20th.

Coulthard fired the first sub-1:56s lap of the session nearing the 10-minute mark to lead the way until McLaughlin turned a 1:55.8512s halfway through.

That had the Shell Fords more than half-a-second ahead of the pack led by initial pacesetter Anton De Pasquale.

It was De Pasquale firing the first shot in the closing stages, going fastest briefly with three minutes to go.

Mostert then went to the top amid a flurry of new-tyre improvements with a 1:55.1711s, which was the benchmark when the chequered flag came out.

That had him 0.6193s ahead, before Coulthard's final effort lowered the benchmark to two tenths.

"I just need it to be a little bit more predictable," Coulthard said of closing the gap to McLaughlin.

"At the moment it’s close, but we just need to make it a bit more predictable so I can push a bit harder."

Practice 1 pacesetter Mostert wound up third from Waters, both six tenths off, and the Holdens of Reynolds, Jamie Whincup, Nick Percat and De Pasquale.

Asked if he could catch the DJR Team Penske Mustangs, Mostert said: "I’d probably say no, but we’ll see how we’ll go in the next one.

"We’ve still got a little bit to find, but I don’t know if we’ve got that speed." 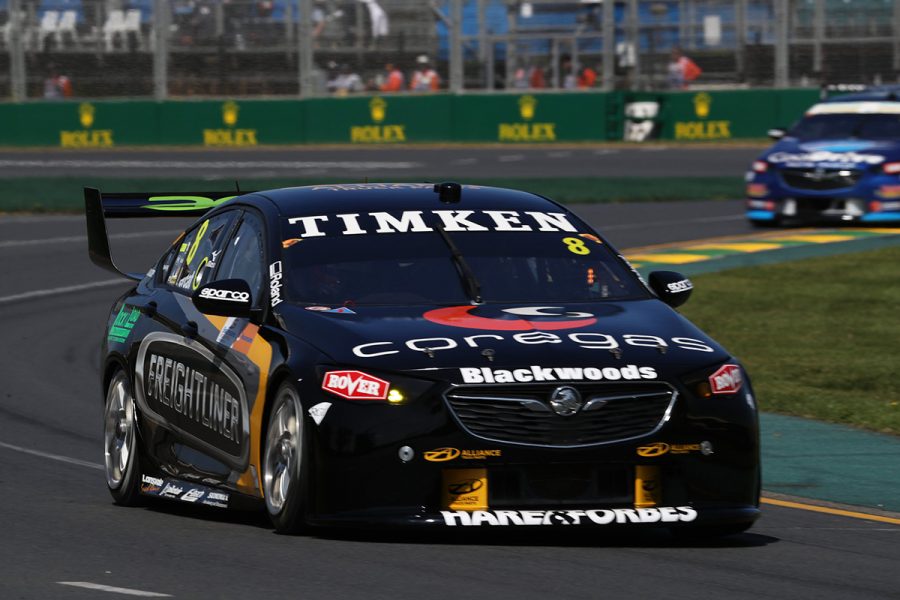 Percat reported the splitter issues he had in Practice 1 were rectified, but that his Brad Jones Racing Commodore was still not on its best behaviour.

"The dash isn’t working and all the stuff that tells us when to change gears or wheels locking, there’s nothing going on in the car.

"So I didn’t really maximise the new tyre. I think we probably could have been the quickest Holden, but nothing for what the Penske cars did.

The other two Mustangs in the field were ninth and 10th with Lee Holdsworth and Will Davison.

Just beyond that, Rick Kelly grabbed 11th in the lead Kelly Racing Nissan.

Van Gisbergen was delayed by splitter problems in the first session and could only log a 1:56.3716s, good enough for 20th, in Practice 2.

The first of two, 10-minute ARMOR ALL Qualifying sessions on Thursday starts at 4:40pm at the Beaurepaires Melbourne 400.