They are in a group of 10 drivers that will skip the first part of ARMOR ALL Qualifying on Saturday, including Simona De Silvestro.

Drivers to miss out amid a frenetic finish include 2018 race winners David Reynolds, Scott Pye and Craig Lowndes, who wound up at the foot of the times.

Lee Holdsworth and then Reynolds were fastest through a relatively-sedate first half of the session, with 56.1s laps, as drivers focused on longer runs on older tyres.

That came despite a right-front lock-up into the final corner, in part due to his final downshift on corner entry.

Either side of the 30-minute mark, Coulthard and Chaz Mostert beat that time, the Tickford Racing driver going 0.2477s clear with a 55.6316s.

A final flurry of new-tyre runs started with six minutes to go, Jack Le Brocq and Pye displacing Mostert with 55.4638s and then 55.4028s laps.

Coulthard and then Waters cut that gap, but McLaughlin – who had another off at Turn 7 before setting his time – finished the day on top.

“Both sets of tyres beforehand I really didn’t get a nice banker, so I was pretty nervous that whole green tyre lap, if I’d made a stuff-up we were out,” McLaughlin said.

“I just tried to bring it home. I think there’s a lot more in myself, and Fabs as well, but it’s good to be up there.

“It’s just nice to be in the 10. I’m stressed out with this qualifying format, it’s full-on.”

Coulthard got within 0.1477s of his Shell Ford team-mate before Waters slotted into second place with a 54.9051s, after a pair of tough events for Tickford Racing. 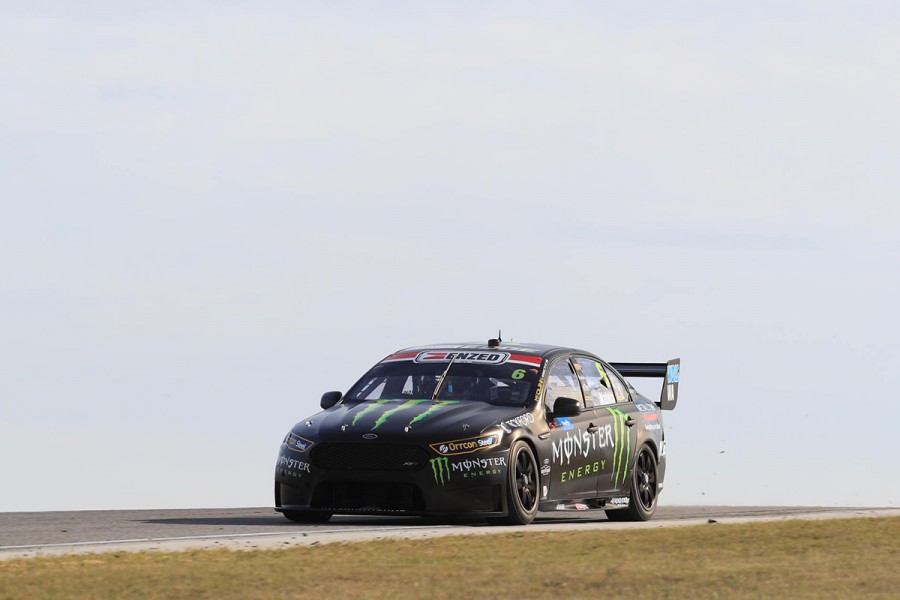 “We’ve struggled a fair bit as a team the last few events. I know it’s only practice, but it puts some confidence in everyone.

“The guys have worked hard. I’m happy with that.

“Practice now actually means something [with the qualifying format], so it’s good to be competitive. It shows that you’re going OK.

“I’m really wrapt to be up there and competitive for once.”

Jamie Whincup was outside the top 20 with 10 minutes remaining, but leapt up the order to take fourth as the lead Holden, ahead of top rookie Anton De Pasquale.

Mark Winterbottom and Mostert in sixth and eighth joined Tickford team-mate Waters in the top 10, along with Tim Slade in seventh, Shane van Gisbergen in ninth and De Silvestro in 10th.

Van Gisbergen ran wide through the second half of Kolb Corner at the bottom of the circuit at the 20-minute mark, in one of the afternoon’s few incidents.

De Silvestro jumped into third place in the closing minutes, and her 55.3487s was ultimately good enough to hold onto 10th by 0.0243s over Reynolds.

As times flew in, the Harvey Norman Nissan’s Q2 spot looked in jeopardy when Lowndes improved through the first sector, looking to get back into the top 10. 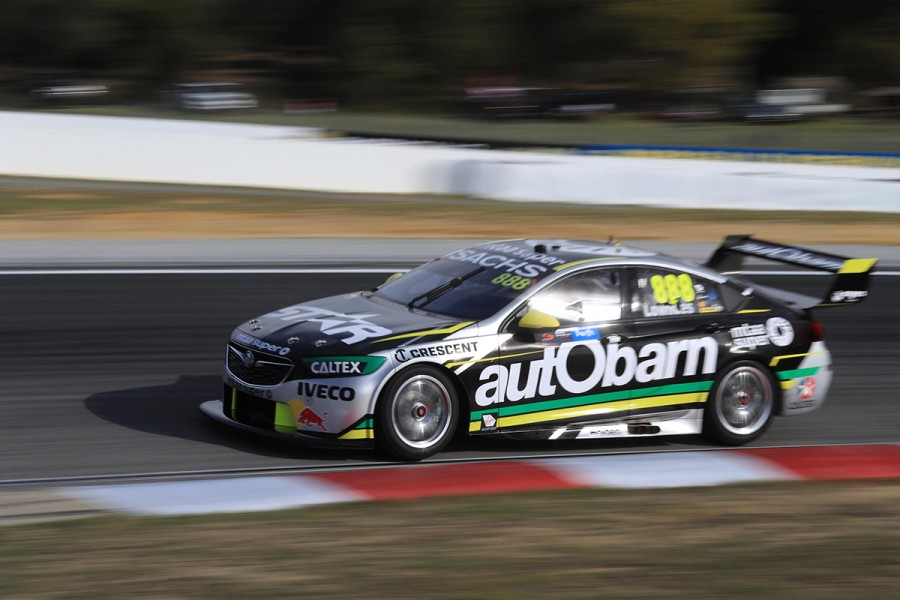 Traffic, though, proved costly for Lowndes, who was 26th and last with a 56.1100s after being unable to improve.

He and Reynolds, second in the championship, will have to contest the first phase of qualifying and look to progress.

Practice 1 pacesetter Andre Heimgartner was 21st in the afternoon in his Nissan.

After the 20-minute Practice 3 at 10am on Saturday, qualifying for Race 11 of the 2018 Virgin Australia Supercars Championship starts at 11:55am.