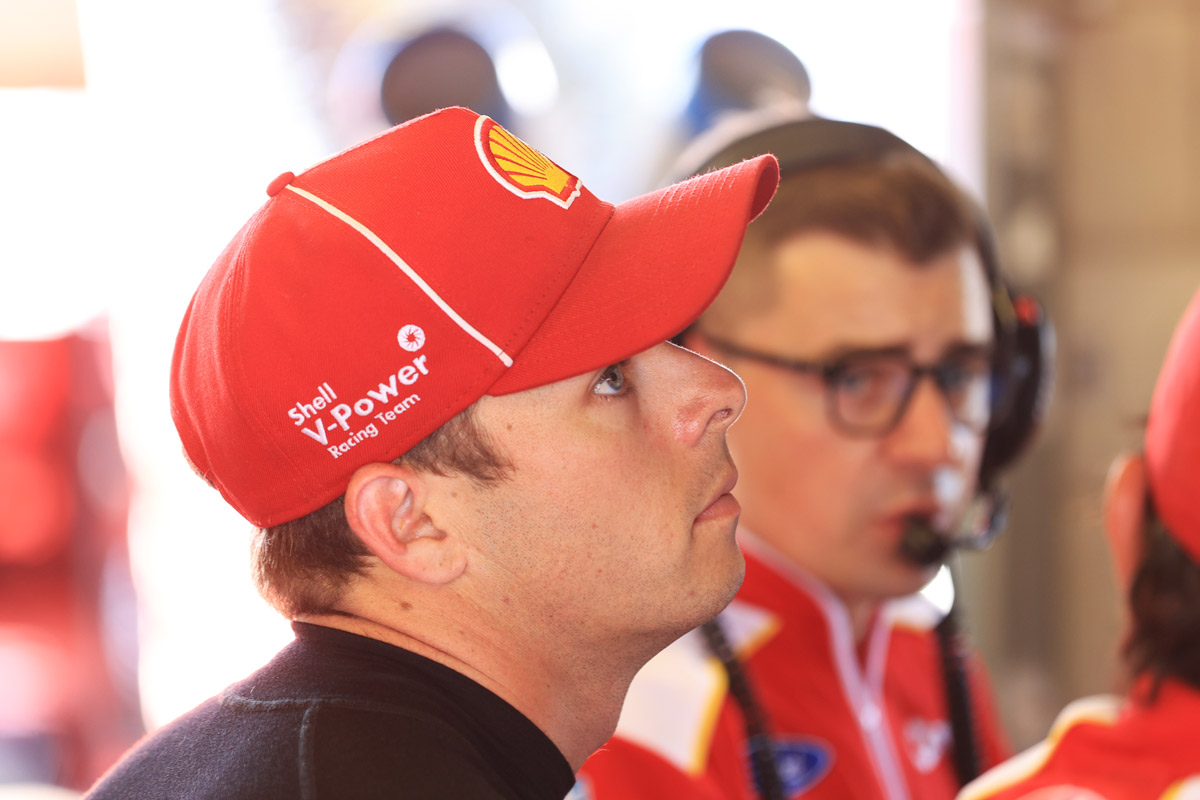 Scott McLaughlin has apologised to his team after inadvertently earning a race-altering penalty in the BetEasy Darwin Triple Crown opener.

Polesitter McLaughlin was fourth as the race restarted on lap 10 following a Safety Car intervention when he blotted his copybook by passing James Courtney before the control line.

That triggered a 15-second time penalty for a breach of restart rules, ultimately dumping him down to 20th.

The two-time defending champion took full responsibility for the matter.

“I just got excited, I had a run, probably shouldn’t even be on the outside – looking back on it right now, I should have just taken the inside,” said McLaughlin.

“I feel for the guys, we had a good car and I think we had a pretty solid spot there, but overall we’ve lost six points to Jamie [Whincup] so we have sort of got away with one there.

“It was a silly mistake on my part and I’m very sorry to the team for it.”

It initially looked as though McLaughlin may have tried to redress the situation but the Shell V-Power Racing star confirmed that was not the case.

“When I went into [Turn] 1 and I lost a spot to Frosty, I thought ‘gee that would have been close with James’ and I sort of half twigged on that I completely forgot about, the passing before the line situation,” he added.

“It was just an absolute rookie mistake. I didn’t try to redress, I just completely forgot about it.”

Offsetting his disappointment is the fact McLaughlin still has two sets of soft tyres to take into tomorrow’s two races, plus copping limited damage in the title race.

His nearest rival Jamie Whincup was just 17th after a 15-second penalty of his own for an unsafe pitlane release, Chaz Mostert was never in contention after a broken tailshaft ruined his qualifying and Nick Percat was a lap 1 casualty.

“You look at [Anton] De Pasquale, [James] Courtney and [Scott] Pye who were on the podium, they’re not really close to me in the championship so overall we got a little bit lucky there in regards to other people’s misfortunes,” he said.

“We have got plenty in the [tyre] bank and I think we can have two good, solid results tomorrow.

“I think we have a really fast car, we can qualify really well up the front, so I think if we can qualify well in the morning, two solid results would make up for it.

“But I am kicking myself for what happened.”