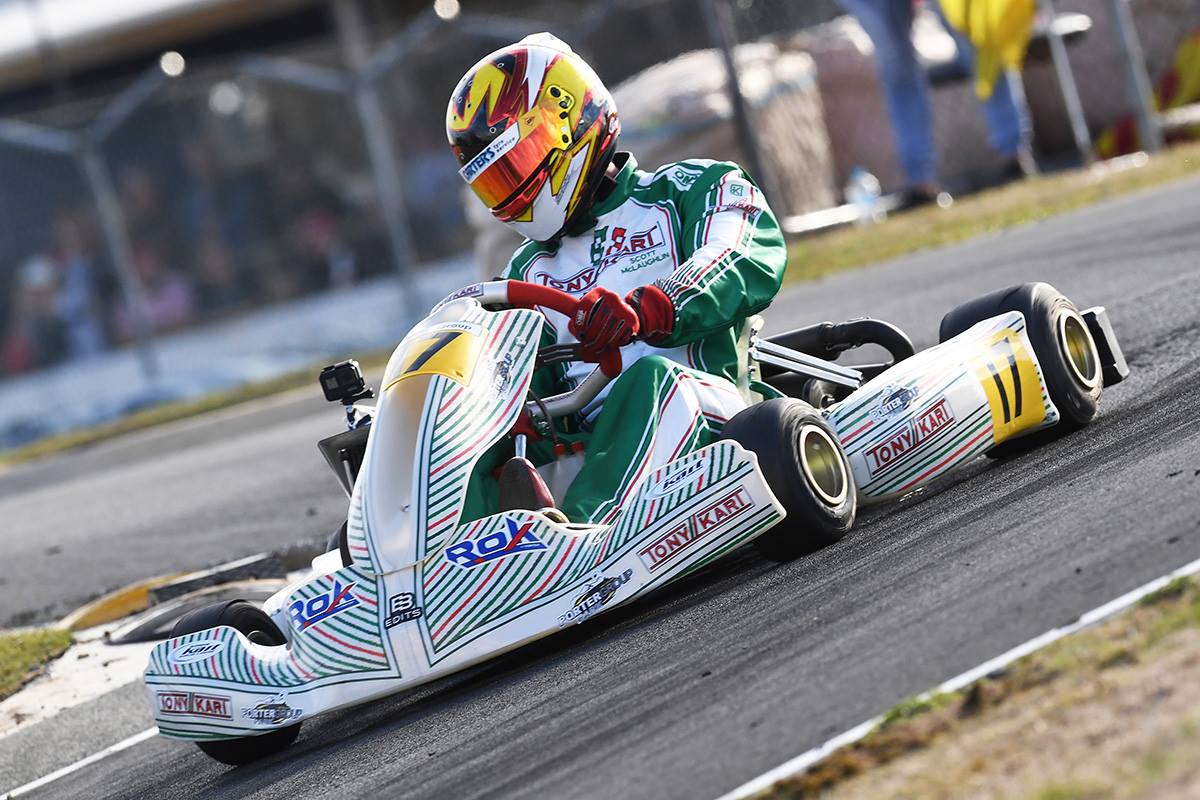 Supercars champion Scott McLaughlin shone on and off the track at Easter's New Zealand Kart Championships, concluding his return to competitive karting with a runner-up finish.

The 25-year-old made a cameo appearance in the 125cc Rotax Max Heavy class at the Hamilton event, 10 years after last contesting an NZ karting title.

McLaughlin proved among the pacesetters from the outset, eventually moving from fourth to second in the pre-final, and holding that place in the main race. 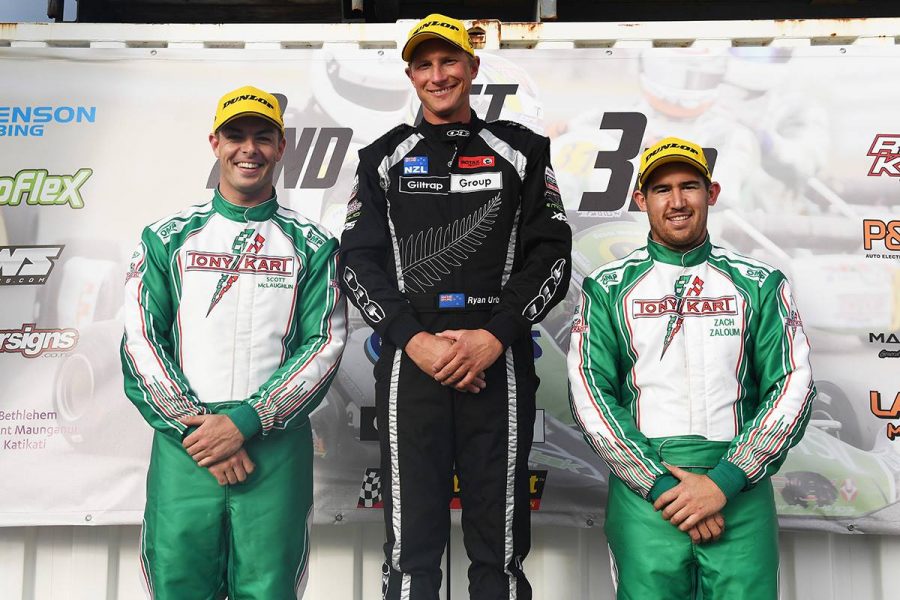 McLaughlin, left, on the podium

McLaughlin was very much the centre attention at the event, attracting a bumper crowd to the Porter Group Raceway venue.

"It was awesome just to be racing," said McLaughlin, who competed in the event after attending the 2018 NZ karting titles as a patron.

"It’s always hard being at a race meeting and not racing, so it was great this year to be both a guest, as the patron, and a driver."

Chasing down my teammate Zach on the weekend! Hard work! pic.twitter.com/7Tb5fAc1PA

"He certainly made me work for it," Urban said of McLaughlin.

"In my career I’ve obviously raced against some big names but never a guy who is currently the top dog in the Supercars."

McLaughlin added on social media that it was “cool to see NZ’s future stars battle it out” across the various classes, declaring the country’s motorsport future to be “in good shape”.

Such a sick weekend, managed to snag 2nd in the final! Cool to see NZs future stars battle it out this weekend, we’re in good shape! 🇳🇿👏🏻💪🏻 pic.twitter.com/cvakfSnIWt

Five Kiwis currently race full-time in the Virgin Australia Supercars Championship, winning nine of this year’s first 10 races between them.

McLaughlin, team-mate Fabian Coulthard and the Red Bull Holden Racing Team’s Shane van Gisbergen are all on the board in 2019.

Kelly Racing’s Andre Heimgartner joined McLaughlin and Coulthard on the Saturday podium last time out at Phillip Island, while Richie Stanaway is also in the field, driving for Boost Mobile Racing.