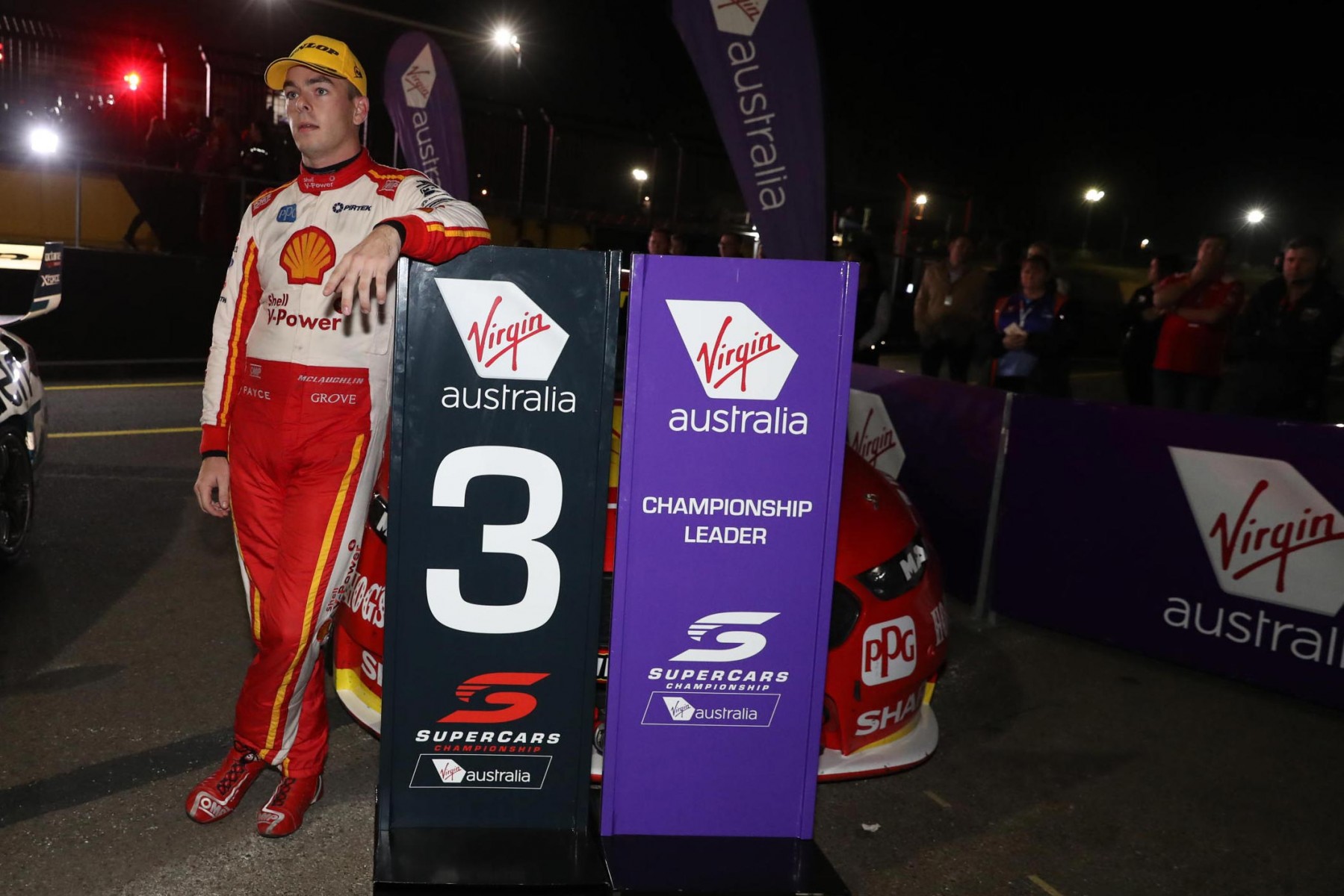 Championship leader Scott McLaughlin says his focus was on winning the Red Rooster Sydney SuperNight 300, rather than protecting his points lead, while fighting Shane van Gisbergen.

The Shell V-Power Racing driver started from ARMOR ALL Pole at Sydney Motorsport Park on Saturday evening, and led 42 of the new 77-lap affair under lights.

However a late Safety Car period turned what looked like a fight between McLaughlin and Craig Lowndes into an opportunity for van Gisbergen and Jamie Whincup on fresh tyres.

As McLaughlin tried to hold onto the lead, he and van Gisbergen made contact a handful of times, including once on the run to Turn 7 that spat the Falcon sideways.

Van Gisbergen got past with 10 laps remaining and his victory coupled with McLaughlin finishing third behind Whincup turned a 131-point gap at the top into 89.

Asked if the championship battle was on his mind while trying to keep van Gisbergen at bay, McLaughlin said: "No. I wanted to win the first night race. I was trying my hardest.

"I knew that Shane, at the moment, we're the closest together (in the championship).

"We knew we had a reasonable gap back and it was Lowndes in fourth who was on the same age of tyre as me.

"I felt like if I could just hold him back and maybe heat his tyres up...

"By the end of the race I'd realised I probably had no chance, but I gave it my best shot." 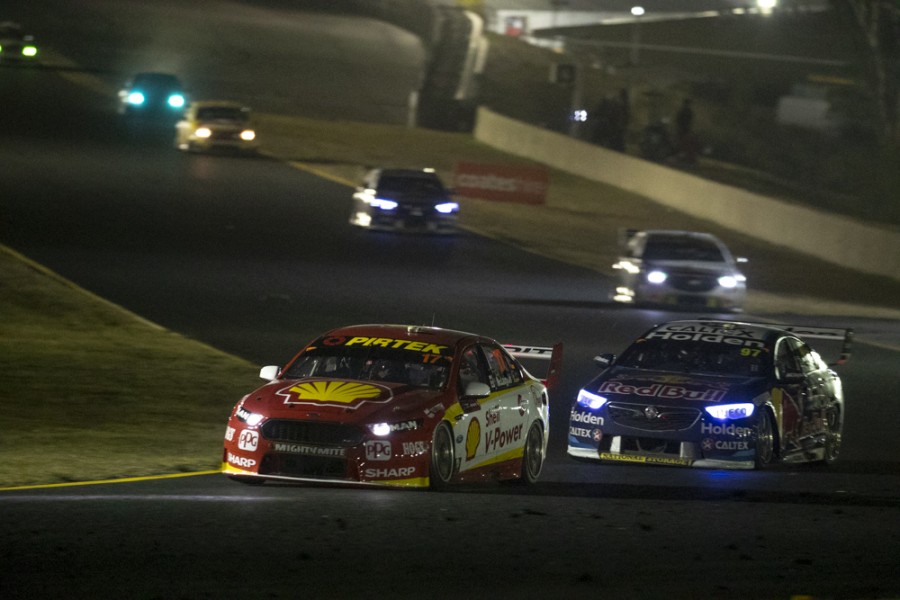 McLaughlin said he was "gutted" to miss out on the victory, having fallen foul of the Safety Car and hitting tyre build-up at Turn 3 in the final stint.

"I guess we probably got caught out there with the Safety Car," he said.

"I tried my best, I wasn't going to die wondering holding Shane and Jamie back.

"Hopefully it was a good show for the fans, I'm sure it was, from my seat it was pretty full-on at times but all fair, all hard racing, no favours and just really enjoyed it.

"I felt like we had a really good car today, if not the best."

Van Gisbergen relished the scrap with his title rival, indicating McLaughlin was unfortunate to encounter the pick-up when he did. 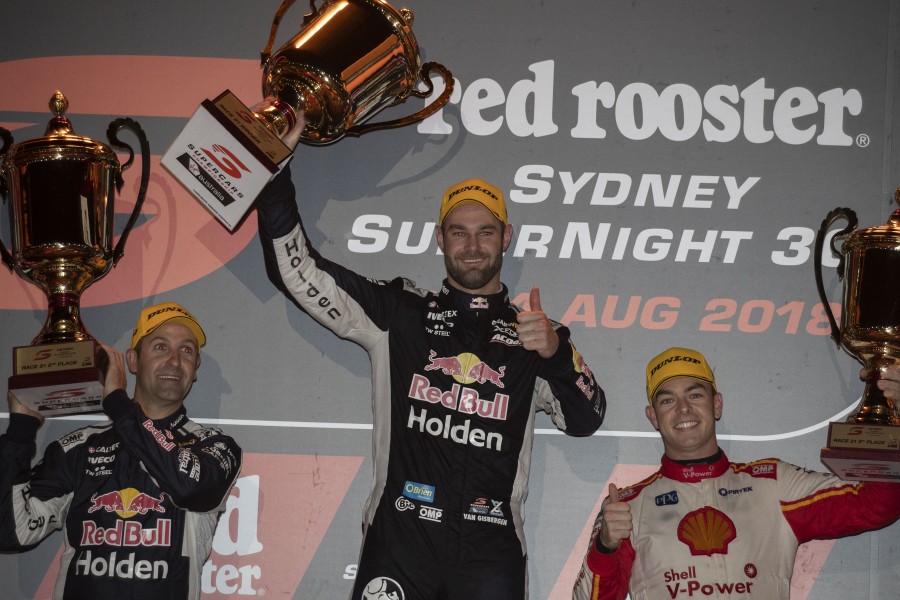 "It was an awesome race," he said. "He did a great job with blocking, right on the edge of what's allowed and placed the car perfectly.

"I gave him a few hits, one was unintentional when I locked a brake but otherwise it was awesome racing and you could see he was placing the car in good spots at Turn 1, especially, to take the front aero away.

"I'd sort of just given up for a lap and thought I'd give my tyres a chance to cool down and then come back, and he hit the marbles there.

"All race, I think everyone would've been hitting them, normally it's light and you can see them and drive around them, but it was like a minefield, you'd hit them and shudder for a couple of corners and unfortunately for him he hit them at the wrong spot.

"I always enjoy racing with Scotty, the race is always hard but fair, we always have good fights."