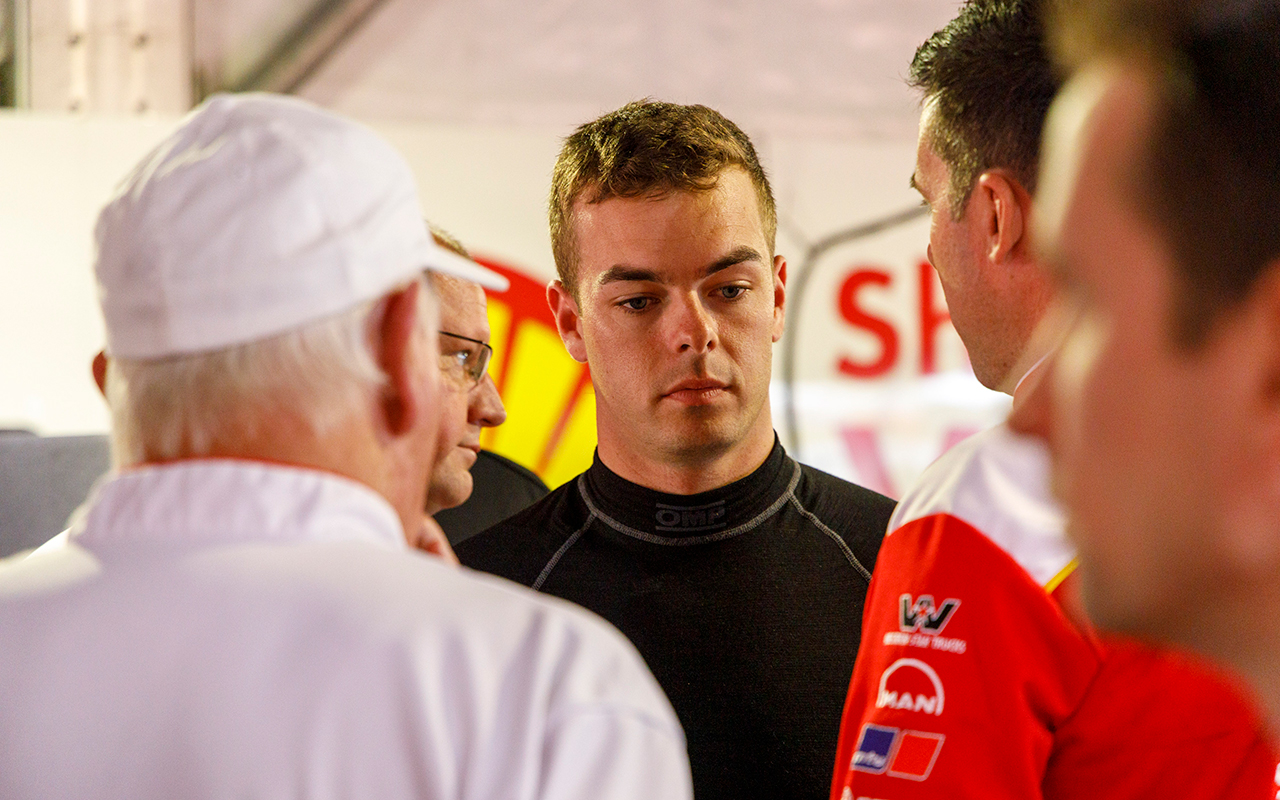 Scott McLaughlin has been admitted to hospital for observation following his weekend-ending qualifying crash at the Vodafone Gold Coast 600.

The 26-year-old suffered a heavy impact with the concrete in the closing stages of qualifying, rendering the Shell V-Power Racing Mustang irreparable for today’s race.

McLaughlin was assessed in the trackside medical centre and cleared of injury, subsequently returning to his team garage and conducting television interviews.

However, he’s now been sent by ambulance to a nearby hospital, where he’ll be monitored for signs of delayed concussion and soft tissue injuries.

Supercars’ medical delegate Dr Carl Le said the Mustang’s Accident Data Recorder captured the severity of the impact with the concrete, which flipped the car onto its side.

“The ADR in Car 17 recorded an initial 31.5G (cumulative) impact followed by a second 42.7G impact which caused severe damage to the car and wall,” he said.

“Scott was thoroughly examined by the medical team and a SCAT-5 concussion test was completed.

“Scott passed the test and was released from the medical centre back to his team.

“He’s going by ambulance purely so we can get him out of the race precinct effectively, rather than a normal car.”

Rival Shane van Gisbergen was among the first on the scene after the crash and went on to take pole in the ARMOR ALL Top 10 Shootout.