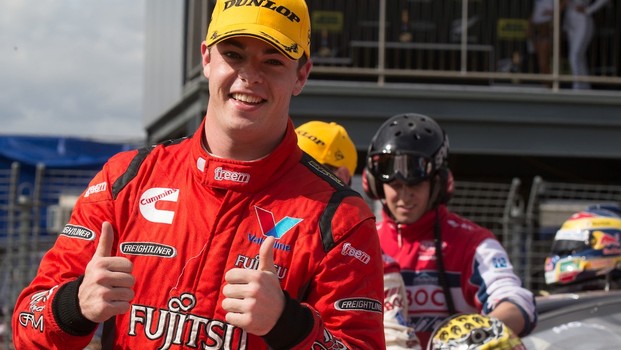 The announcement of Volvo aligning withGarry Rogers Motorsport to bring a fifth manufacturer to the V8 Supercars gridhas been a big one.

And while this prompts a lot of questions– many answered on v8supercars.com.au during the week of the news– one of the biggest is ‘who will drive the cars?'.

Garry Rogers said that week he had nointention of changing the driver line-up in the team, though the currentdrivers would need to maintain results.

However, with Scott McLaughlin alreadyhaving recorded wins at the Pukekohe event as well as at the non-ChampionshipAustralian Grand Prix in his first year in the category, surely he is hotproperty.

Though McLaughlin drives a Holden in the V8SuperTourers New Zealand Championship, rules prevent drivers from beingcontracted to a manufacturer.

That car has strong support from SupercheapAuto and with a seat arising at Walkinshaw Racing currently sponsored by theauto giant, it has sparked rumours the young Kiwi could be with the team nextyear.

However, neither camp confirmed talksbetween the two.

In fact, McLaughlin’s Manager Chris Jewellsaid he hadn’t received any calls about the young driver and his obligationsfor next year, despite hoping to have turned a few heads.

McLaughin is signed to a multi-year dealwith Garry Rogers Motorsport, and while changes to this degree within a teamcould trigger a loophole in a contract – both for driver and team– McLaughlin isn’t looking to leave.

Jewell suggested the link with Volvo andPolestar could provide opportunities in the future for the young Kiwi and was encouraginghim to serve out his two years as contracted, as a proper grounding in V8Supercars.

McLaughlin said he was excited about theannouncement and future of Volvo in the sport. Given he is completing afabrication apprenticeship with GRM, he has the opportunity to see what happensinside the workshop as the team makes the switch.

“It’s great for the team (the backing ofVolvo) and in the end it’s something that had to be done to keep up thesurvival of GRM,” McLaughlin said.

“To have that support is something Garrydeserves – he’s been around 50 years and has been very loyal to the brandof Holden, but he can only do so much.”

“I think I’m still going to be here nextyear, if I keep up the results. It’s a pretty cool thing to be a factory driver…it’s a career changing event.”

McLaughlin understood the gossip was part ofmotorsport and being in the V8 Supercars Championship – but in his books,as far as he knows, nothing is changing.

“We signed a multi-year agreement last yearand that’s pretty much it.”

The 20-year old enjoys being in the fabshop helping build the cars and is looking forward to being involved with thenew machines.

“I’ve seen bits and pieces of the aero kitand it looks cool. To be in the shop every day and see the development (is good) and the team is doing a great job ahead of schedule compared to some ofthe teams last year.”

GRM tested at Winton Raceway earlier in theweek – while the team hadn’t lost pace, McLaughlin felt they had plateaued in thelast few races.

“Other teams tested earlier but we didn’t get theopportunity because of circumstances… we tried some stuff you can’t do at therace track (because it’s a) gamble.

Last year while competing in the Dunlop SeriesMcLaughlin won the round and two races at the Sucrogen Townsville 400 street circuit and is lookingforward to tackling it in his Car of the Future.

Scott McLaughlin  ›
15' Wilson Security Racing GRM ›
2013 Sucrogen Townsville 400  ›
Stay In The Know
Sign up to the Virgin Australia Supercars Championship Newsletter
We use cookies to ensure that we give you the best experience on our website. If you continue to use this site we will assume that you are happy with it.Ok