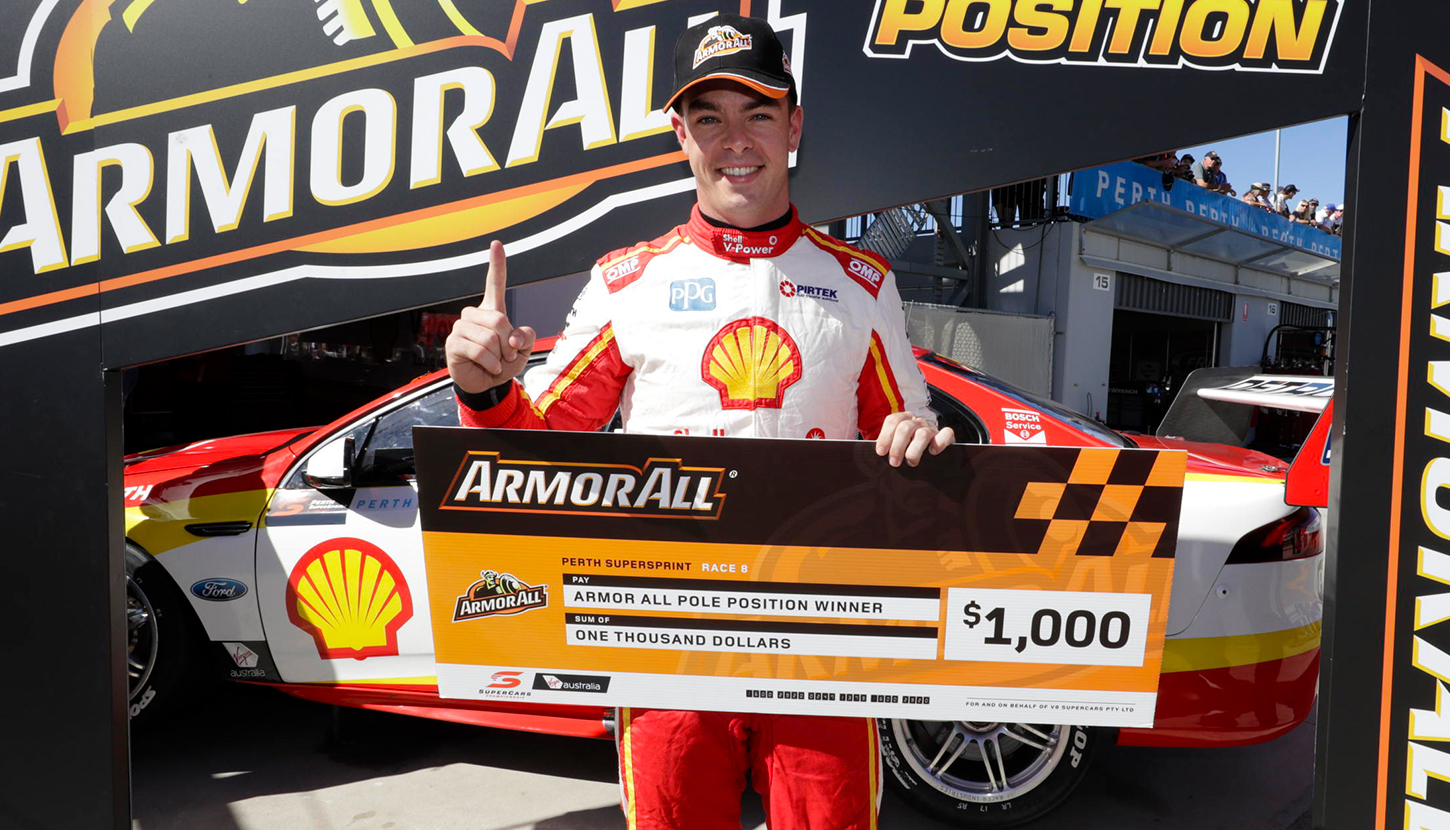 McLaughlin lowered the qualifying record set by team-mate Fabian Coulthard yesterday to 54.57s on his second green tyre run before sitting out the final minutes.

Chaz Mostert was second ahead of his last run but, despite bettering his previous time, fell 0.048s shy of pole.

“I was a bit worried but thankfully we held on,” said McLaughlin of how the closing stages unfolded.

“I felt that lap was all I could get out of it and if anyone could beat me then good on them.

“I feel like the car is even better than yesterday, but there’s a long way to go.”

Mostert and Prodrive were meanwhile pleased to put pressure on the Shell V-Power squad, which had scored three consecutive front-row lockouts heading into today.

“It’s the best the car has felt all weekend,” he smiled.

“A front-row start feels like a pole position for us after yesterday.

“It’s good to be putting some pressure on those guys.”

Fabian Coulthard was fifth in the second of the Shell Fords ahead of Jamie Whincup, Jason Bright, Will Davison, Rick Kelly and David Reynolds.

It was another tough session for James Courtney, who labelled his 20th place an embarrassment.

Team-mate Scott Pye was fared better in 12th, albeit still more than 0.5s shy of pole.

"We're calling ourselves a top level team and we're qualifying in the 20s," said Courtney.

"It's very embarrassing for me and I'm sure for all the guys here. Something has to happen."

Craig Lowndes was also down the order in 18th aboard his TeamVortex Holden.