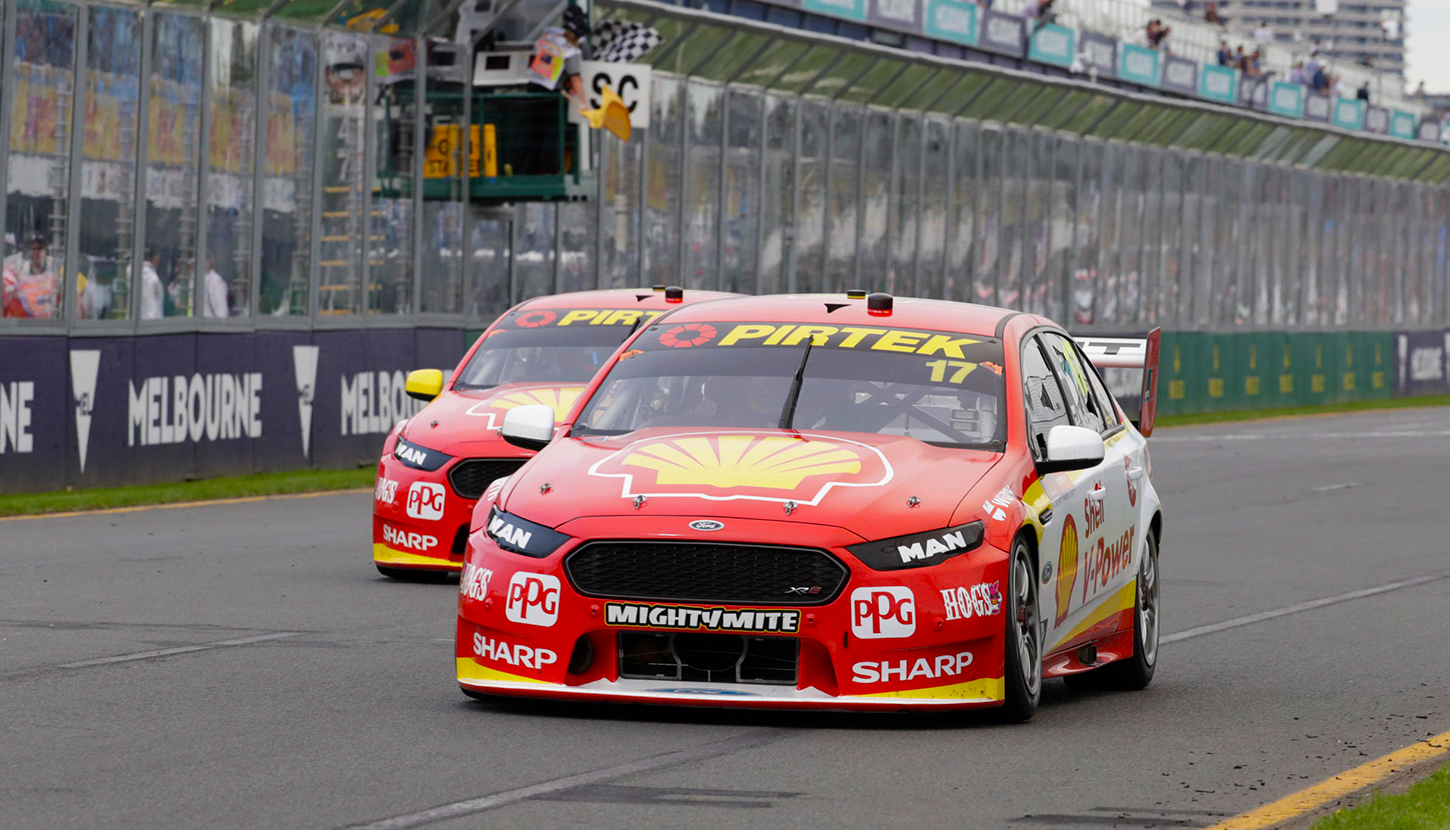 Scott McLaughlin took a long-awaited maiden Supercars race victory for DJR Team Penske in an opening heat at Albert Park that ended with a heavy accident.

The incident saw Percat spin to the inside of Turn 1, collecting the side of an innocent Holdsworth as the BJR Holden speared back across the circuit.

The two drivers walked away unscathed despite heavy damage to both Commodores.

Pole-sitter Coulthard had earlier kept the lead through the opening corners of the 13 lap race before running off at Turn 3, handing the lead to a fast-starting Jamie Whincup.

It took just two laps for the Shell V-Power Fords to retake the ascendancy, with Whincup muscled back to fourth behind McLaughlin, Coulthard and Chaz Mostert.

McLaughlin held off Coulthard for the duration to take a one-two for Penske, although the latter's short-cut of Turn 4 as he rejoined from his lap one error is under investigation.

Regardless, the result marks Penske’s first Supercars win since taking a majority share in Dick Johnson Racing at the start of 2015.

DJR’s last race win came in July, 2013, at the hands of Mostert, who held on for third today aboard his Supercheap backed Prodrive Falcon.

Garth Tander retired early after contact with Tim Blanchard bent his steering, while a strong run from Tim Slade ended with a left-rear puncture.

2017 Formula 1 Rolex Australian Grand Prix  ›
Stay In The Know
Sign up to the Repco Supercars Championship Newsletter
We use cookies to ensure that we give you the best experience on our website. If you continue to use this site we will assume that you are happy with it.Ok