A 52.9052s from the Shell V-Power Racing Mustang driver was untouchable in knockout ARMOR ALL Qualifying at Barbagallo Wanneroo Raceway.

That had the Shell Mustang half-a-second clear of the rest of the field, let by team-mate Fabian Coulthard.

Whincup only did a single run at the end of the 10-minute Q3 session, and trimmed the margin to four tenths.

Nobody got any closer, McLaughlin taking his 54th career Supercars career pole in dominant fashion.

"I’m so stoked to continue the trend, keep pushing on," McLaughlin said.

"It’s all about best execution, I pride myself on that. Whenever you don’t do a good job you get angry but that was a pretty good one and I feel proud to do it for the team.

"Within the last couple of weeks there’s been a lot bits and pieces going around everywhere and it’s really cool to be able to rally together and come out with some good results.

"But it’s half-job done, we need to try and get off the line and win this race, because I wheeled her backwards yesterday." 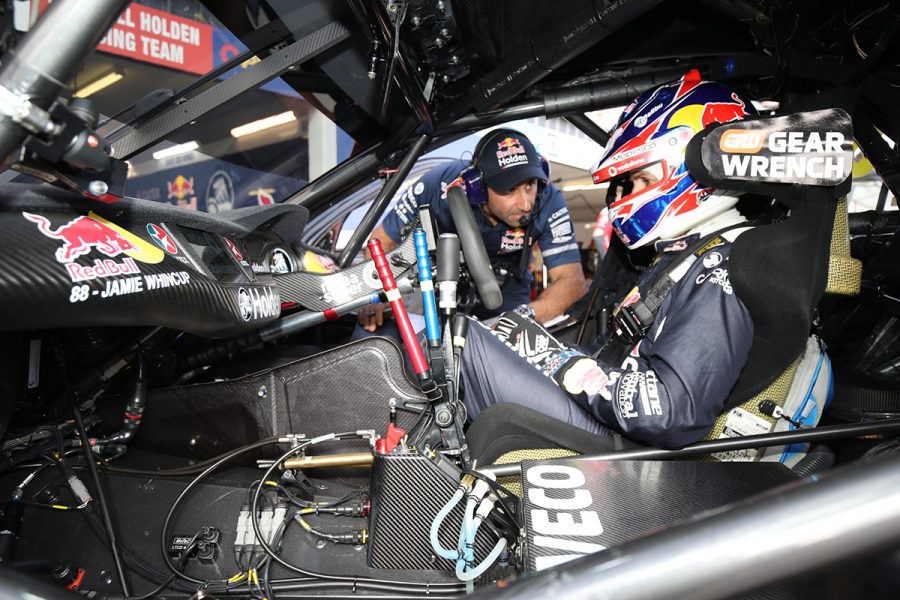 "I didn’t quite get the perfect lap. I reckon the absolute maximum for us was another tenth or so, but we’re not doing a 52.9 that’s for sure."

Waters came from Q1, demoted from the top 10 in practice earlier on Saturday for impeding Andre Heimgartner in the closing stages.

"I was a bit pissed off about getting excluded, but apparently I impeded another lap, which is no different to what happens the rest of the year," he said.

"You try and leave markers and gaps to other cars, but apparently I was a bit greedy.

"But it was good to get back in it, bounce back and qualify fourth."

Heimgartner was sixth in the lead Kelly Racing Nissan, while Shane van Gisbergen, Will Davison, Nick Percat and Scott Pye rounded out the top 10.

"I’ve got nothing, Johnny no-pace, so we need to find something to be a bit better in quali,” van Gisbergen said.

"Race trim, we’re really quick, now we’ve got to find a strategy to get us in clean air."

Tim Slade, David Reynolds after a Turn 1 off, Rick Kelly, Anton De Pasquale and Mark Winterbottom were eliminated in Q2 and will fill 11th to 15th.

Of the drivers who did not progress from Q1, Macauley Jones in 17th equalled the best qualifying result of his rookie season.

James Courtney and Lee Holdsworth wound up 20th and 22nd.