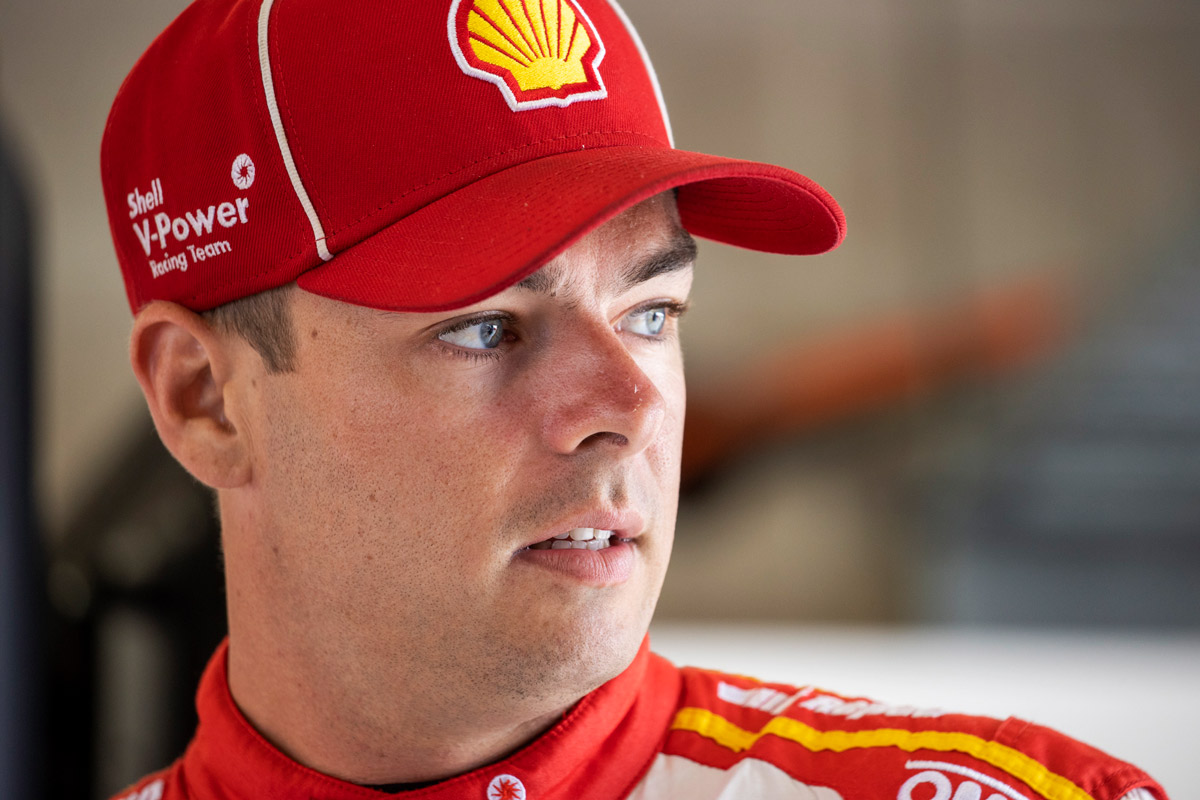 McLaughlin led the final race at a Safety Car restart with nine laps remaining, but faced an uphill battle to keep the pack behind on old tyres following an early pitstop.

Shane van Gisbergen meanwhile had the freshest tyres and charged from ninth on the restart to the tail of McLaughlin with four laps to go.

He dived underneath McLaughlin at the Turn 11 hairpin, taking the place and holding the Shell Ford up high enough for teammate Jamie Whincup to also go by.

That allowed Whincup to take another couple of points from McLaughlin’s championship lead, which now stands at 143 points with three events and 900 points remaining.

“For me, I knew I didn’t have the pace for Shane, he had the fresher tyres and obviously the Safety Car at the end really hurt us,” said McLaughin post-race.

“I think we did an awesome job holding on that far, but I would have just loved to have a one-to-one battle with Jamie.

“In my eyes it would have been awesome. I get the team game, [but] I feel like it’s a bit early for those silly games.

“For me, whether I agree with that sportsmanship or not, that’s fair game. They’re a top team, they set a precedent, so let’s go.”

Van Gisbergen meanwhile dismissed the tactic as part of doing what’s best for his team.

“He’s spitting chips about that one, as you would I guess, but I’m just doing the team thing and helping Jamie to get through as well,” he said.

“We had really good grip on him, he pitted quite early. It would have been interesting to see if we could have gotten back to him [without a Safety Car] with the four tyres at the end.”

Van Gisbergen had earlier escaped penalty after tagging Cameron Waters into a spin as the Monster Ford attempted to follow Nick Percat into pitlane.

“Percat got passed [by Whincup] at the corner before and somehow thought he could get across to the inside,” said van Gisbergen.

“I saw [Percat] duck in, Cam checked up and I checked up but couldn’t. I think it’s a racing incident, but crazy of Nick to try and get in there.

“Luckily no one got penalised, we just carried on. It was a hard one.”

Van Gisbergen won both Sunday races in Townsville, but sits fifth in the championship after a series of setbacks, including a power steering failure in the Saturday encounter.