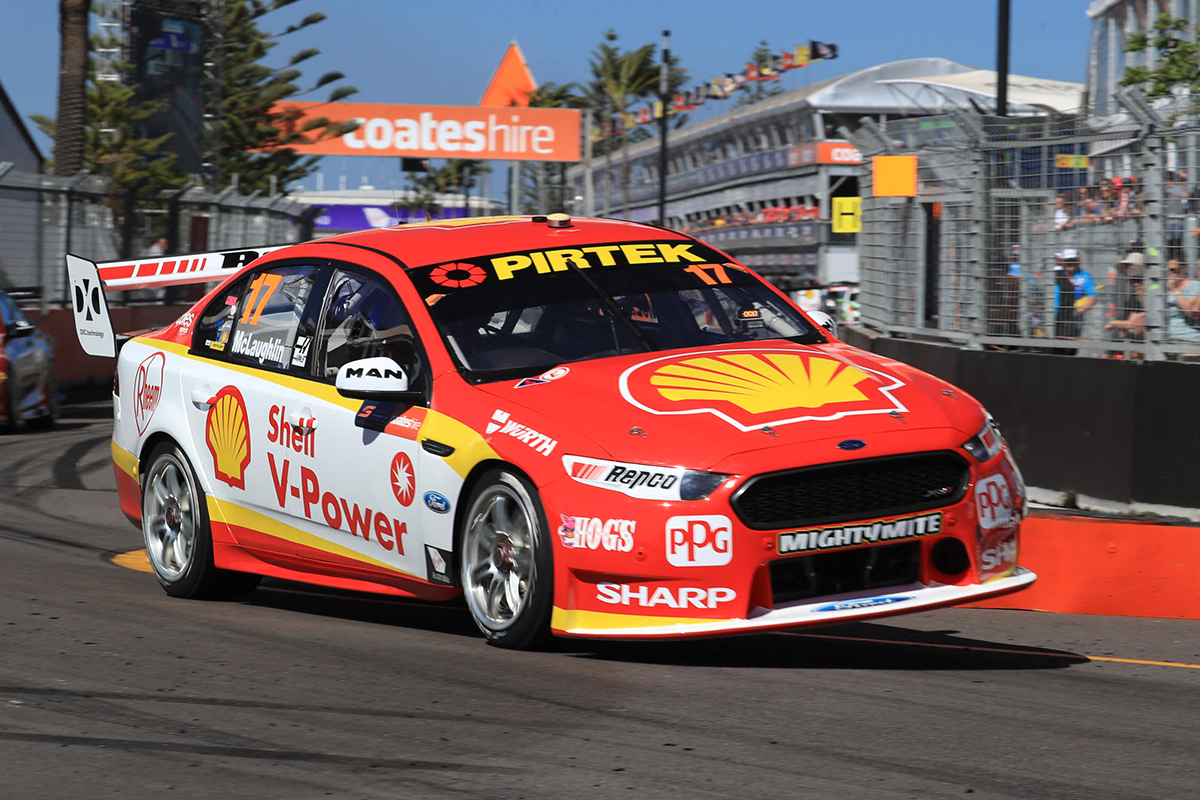 That put him 0.0870 seconds ahead of Jamie Whincup, while Cameron Waters rounded out the top three and van Gisbergen wound up 0.3586s adrift.

Van Gisbergen turned a 1:10.8839s during the first runs to lead the way after 10 of the 40 minutes, when title rival McLaughlin lowered the benchmark by four tenths.

McLaughlin's 1:10.4756s remained the time to beat into the closing stages, the championship leader sitting 0.1717s clear of Waters.

Whincup trimmed McLaughlin's advantage to 0.0870s inside the final minute to jump Waters, but there was ultimately no further change at the top of the order.

“I felt like on my green tyre lap, before I went wide at Turn 2, out of 1 I was fast, I was up on what I’d been all day," said McLaughlin.

“I’m not sure if the track went away in other areas, but overall we’ve had a really good day and everything feels alright.

“The time that we did with the 10.4, we found a combination that we really liked, then we went away and tried a few other [set-up] things and came back," he added.

“Even though there was lots of springs and dampers [going in and out of the car], everything was pretty good and we tried everything that we wanted to.

“It’s going to be all about qualifying here, the race is going to be long but track position is key and that’s what we’re working on.”

Like McLaughlin, Whincup had a quiet first session to finish 16th but was back up the order in Practice 2, to take second.

Waters was third and Fabian Coulthard fourth, making it three of the outgoing Ford Falcons in the top four.

James Courtney and Nick Percat grabbed fifth and sixth, ahead of van Gisbergen and David Reynolds, who had an off at Turn 2.

The retiring Craig Lowndes finished 12th from Chaz Mostert, while Andre Heimgartner was the best of the Nissans in 14th.

The sessions of Nissan pair Simona De Silvestro and Rick Kelly came to premature ends with mechanical gremlins, leaving them 16th and 20th.

“We’ve had power steering issues at all the high-speed corners for the last six months, which makes it pretty challenging,” he said.

“This has got a really high-speed section on approach to Turn 10 and in my car, the steering binds up when you go through there at about 210km/h.

“We changed the rack to a lighter one and then the lighter rack has failed, so we need to find out why.”

Richie Stanaway also lost track time in the final quarter, after tagging the right-rear corner of his Tickford Falcon on the Turn 7 wall, and was 24th.

Saturday's Coates Hire Newcastle 500 running starts with ARMOR ALL Qualifying for the year's penultimate race at 11:35am.