The title protagonists led the way through the first half, van Gisbergen's 1:03.2271s from the opening runs displaced by a 1:03.1760s from McLaughlin during the second.

McLaughlin improved to a 1:03.1150s with 18 minutes remaining, to be 0.1121 seconds clear of van Gisbergen, with Coulthard, Michael Caruso and Scott Pye completing the top five.

Van Gisbergen skipped across the Turn 2/3 complex during his third run and didn't improve, which meant McLaughlin's benchmark stood into the final five minutes, as Whincup slotted into third.

Part of a group running another set of new tyres in the closing stages, Lowndes jumped from 14th to second inside the final minute.

McLaughlin remained on top despite not going any faster, opting against new tyres, his 1:03.1150s ultimately 0.0830s clear at the top.

"It was a really good session for us, we got through a lot," said McLaughlin.

"We'll just have a think about a few things, we've got a couple of little things to work on for the car and also myself.

In a new-look National Storage Commodore, Lowndes is chasing his first Pukekohe victory this weekend. 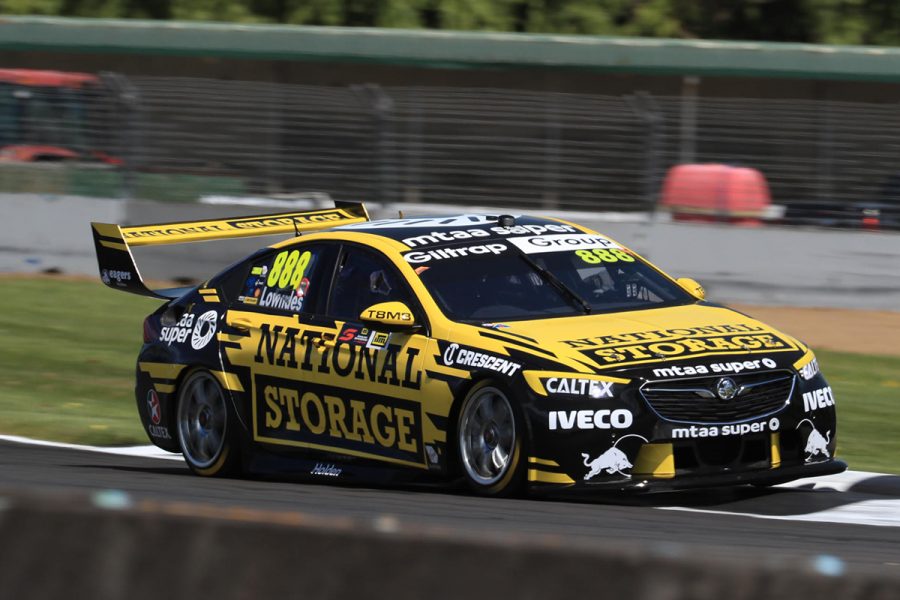 Coulthard rounded out a top five split by 0.1403s, while Lee Holdsworth joined Lowndes in vaulting up the order from the teens to finish sixth.

Nick Percat, Caruso, Pye and Rick Kelly rounded out the top 10, ahead of David Reynolds and Mark Winterbottom.

Following Thursday evening's announcement he will leave Tickford Racing at the end of 2018, Winterbottom was the best of the Ford squad's drivers, just ahead of Gold Coast winner Chaz Mostert.

James Courtney had a pair of wild rides through Turn 1, and eventually spun his Mobil 1 Boost Mobile Commodore with 16 minutes left on the clock, on his way to 16th.

Anton De Pasquale was the best of them for Erebus in 18th, while Richie Stanaway and Todd Hazelwood had offs at the chicane and hairpin respectively on their way to 23rd and 26th.