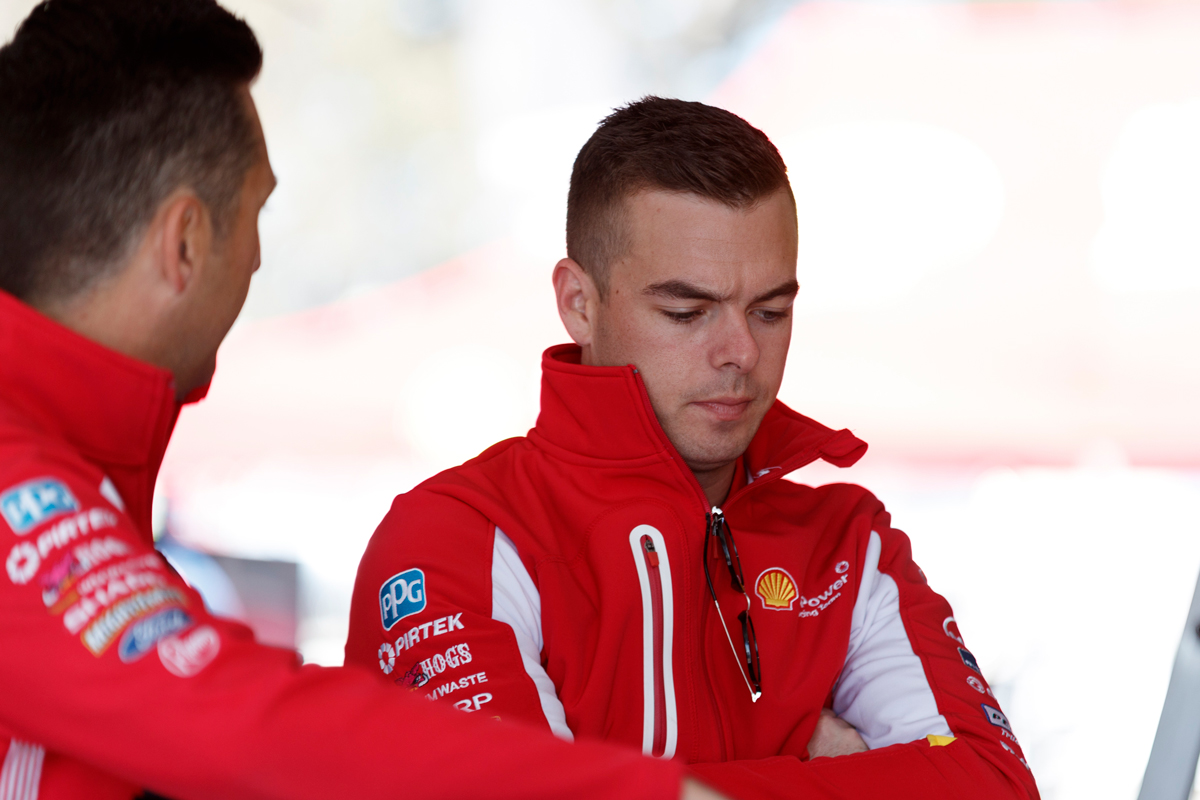 Scott McLaughlin has vowed to ‘do what we can’ at Bathurst, following Triple Eight’s one-two-three domination of the RABBLE.club Sandown 500.

Shell V-Power Racing’s McLaughlin and co-driver Alex Premat were the best of the rest at Sandown, albeit 25-seconds adrift of Triple Eight’s lead entry at the chequered flag.

McLaughlin said on Sunday he was “hanging on for dear life” in the corners at Sandown, running as little wing as possible in an attempt to keep pace with the ZB Commodores.

The 25-year-old says Bathurst is also among the circuits his team circled at the start of the year as potentially playing into the hands of the ZB.

Bathurst features two long straights – including the near-300km/h Conrod Straight – as well as the flowing series of corners across the top of the Mountain.

McLaughlin took his FG X Falcon to a record-setting pole time at Bathurst last year, but expects to be playing catch-up against the new Commodore.

“It’ll be interesting,” McLaughlin told Supercars.com when asked if he expects the Sandown form to translate to Bathurst.

“Again, it’s a track that requires low downforce down the straight, and in turn that’s going to make us a little bit loose in the corners.

“But from what we’ve seen [at Sandown], they can run close to full wing and still be faster than us down the straight.

“We’re trimmed out to the point I’m nearly spinning out and we’re still slow. We’ll try and do what we can.

“Tasmania, Sandown, possibly Bathurst and Pukekohe, they were the tracks we knew it’d be an issue.

“Everyone will say that we’re whinging and whatever, but at tracks like this it’s very sure that’s what the cars are like.”

While feeling up against it, McLaughlin says his team will do its best to fight it out, and remains optimistic about his championship prospects. 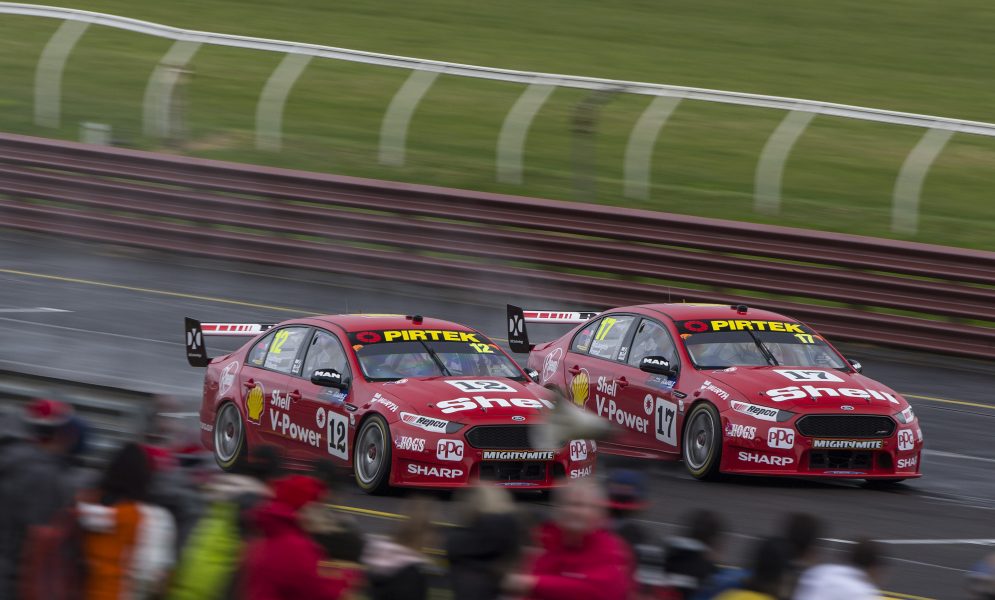 Asked if he can win the championship in his ageing Falcon ahead of the Mustang’s debut in 2019, McLaughlin replied: “Absolutely.

“Days like [Sunday] prove that we can. We’re right there, if they make one mistake at Bathurst, we’re there.

“I’m excited for Bathurst, I’m excited because I know we’ll probably have a fast car and we’ll have a really good crack at it.

“At the moment, we’re the best of the rest by a country mile. I think the next Ford was 30-something seconds behind me [on Sunday].

“We’ve got to keep our heads up, we’re not giving up at all.”