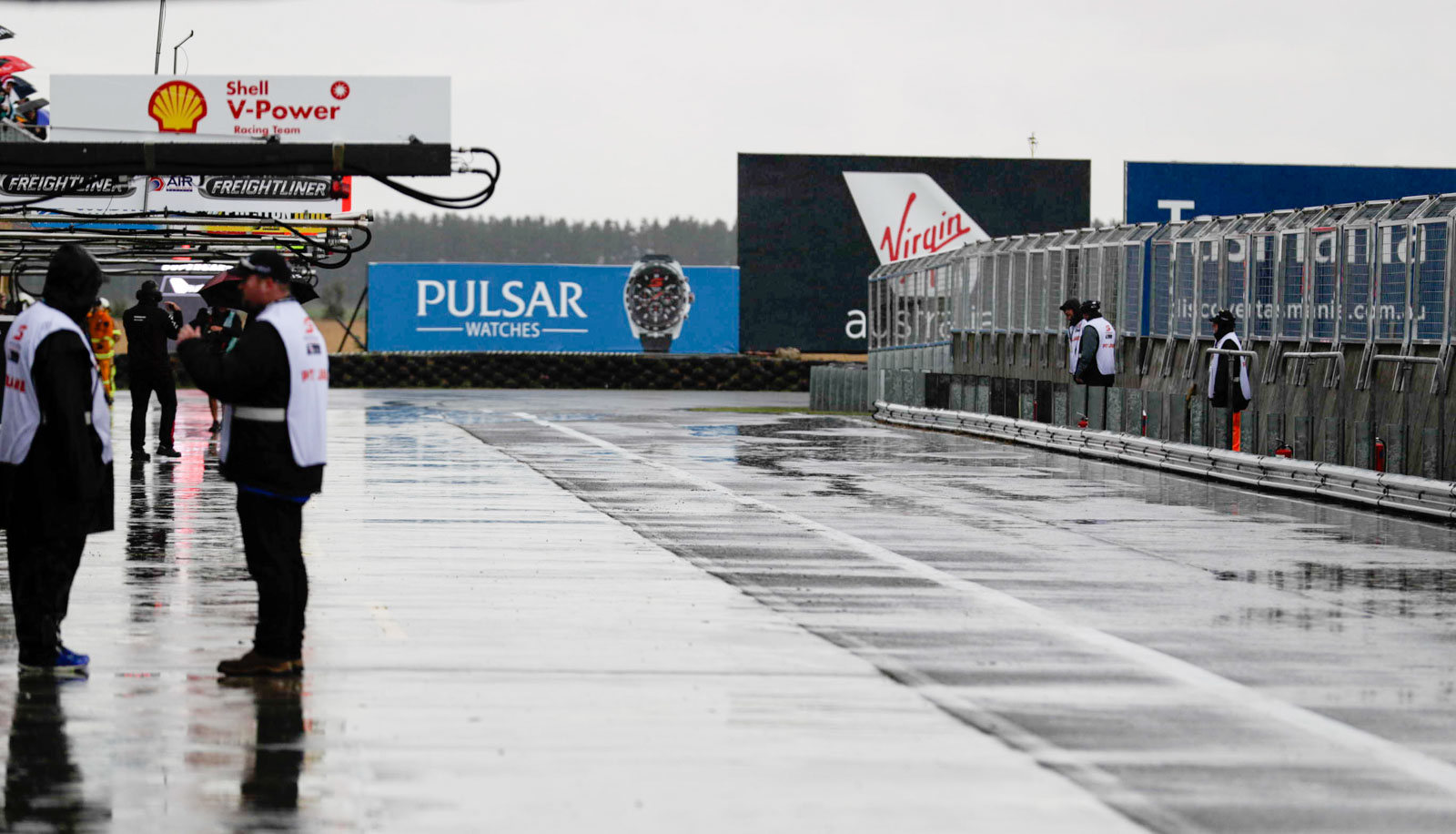 Drivers should be asked for input when considering whether track conditions are safe enough for racing, believes Shell V-Power Racing’s Scott McLaughlin.

The 23-year-old has voiced his opinion following a weekend of wet and wild weather at the Tyrepower Tasmania SuperSprint.

Saturday’s race began in wet but sunny conditions, with the resulting lack of visibility appearing to contribute to the 12-car pile-up seen on the second lap.

“I think the stewards should consider speaking to the drivers a little bit more before we go out to play,” said McLaughlin when asked what he took out of the Race 3 mess.

“We’re probably the ones with the best judgement out of everyone, not just a Safety Car that rolls around at 80km/h.

“I think we should be able to have a comment and a say on whether a race should start under Safety Car or whatever.”

Sunday saw officials elect to delay the start of qualifying by almost half an hour due to standing water on the circuit.

Driving Standards Advisor Craig Baird took to the circuit in the Safety Car to give a drivers’ viewpoint of the conditions, stopping to inspect areas of particular concern.

When asked for his thoughts, Jamie Whincup stressed that making a judgement on whether a circuit is safe for a session to start is always difficult.

“In my opinion, qualifying was 50:50,” he said, also praising the changes to the judicial system this year that included the installation of Baird.

“Alex Rullo had a huge aquaplane (early in qualifying) on the back straight and took out the 200 metre board. When cars are aquaplaning that’s when it’s not ideal.

“But what do you do? Without cars going around it would have taken an hour for the track to get into a condition where there was no aquaplaning.

“It was a tough call. I don’t want the negative to go over the top. We’ve made a massive step up from last year.”

Nissan Motorsport’s Rick Kelly was a spectator on Sunday after his Altima was destroyed in the crash on the previous day.

The 2006 champion cautions against getting drivers involved in decisions made by race control.

“Drivers will tell you their opinion on how it affects them, not what’s best for the field,” said Kelly.

“If they asked me on Sunday I’d say cancel it all because of the weather because that would suit me.

“Qualifying though would have been perfect for my car because we were really fast when the track was fully wet. So if I was in the car I would have been happy to go out.

“As for the restart (on Saturday), I was confused as to why they wanted to restart it that way, but I’m a driver that will try and maximise any opportunity I’m given.

“I don’t want to be writing rules or having an influence on how they’re applied or be caught up in those decisions.

“We have people there to do those jobs and we should be putting our faith in them to do it.”

2017 Tyrepower Tasmania SuperSprint  ›
Stay In The Know
Sign up to the Virgin Australia Supercars Championship Newsletter
We use cookies to ensure that we give you the best experience on our website. If you continue to use this site we will assume that you are happy with it.Ok