Scott McLaughlin doubled up in Friday practice at the Century Batteries Ipswich SuperSprint, topping both sessions ahead of fellow Ford Mustang driver Will Davison.

The championship leader set the day’s fastest time of 1:08.8277s with just over a minute of the 30 remaining in the second hit-out.

It was enough to eclipse Davison by 0.1145s; the Milwaukee Mustang driver having recorded his best just moments earlier.

“Obviously there's parc ferme tomorrow after quali [with no set-up changes allowed before the race], so you've got to think about that.

“We worked on having a fast car but hopefully looking after its rear tyres.

"This format makes you want to get this lap in just so you get through, so I was probably a little bit safe on my end.

“Overall a pretty solid day. I got one out of three sectors right, I think, so I'll try and get three tomorrow." 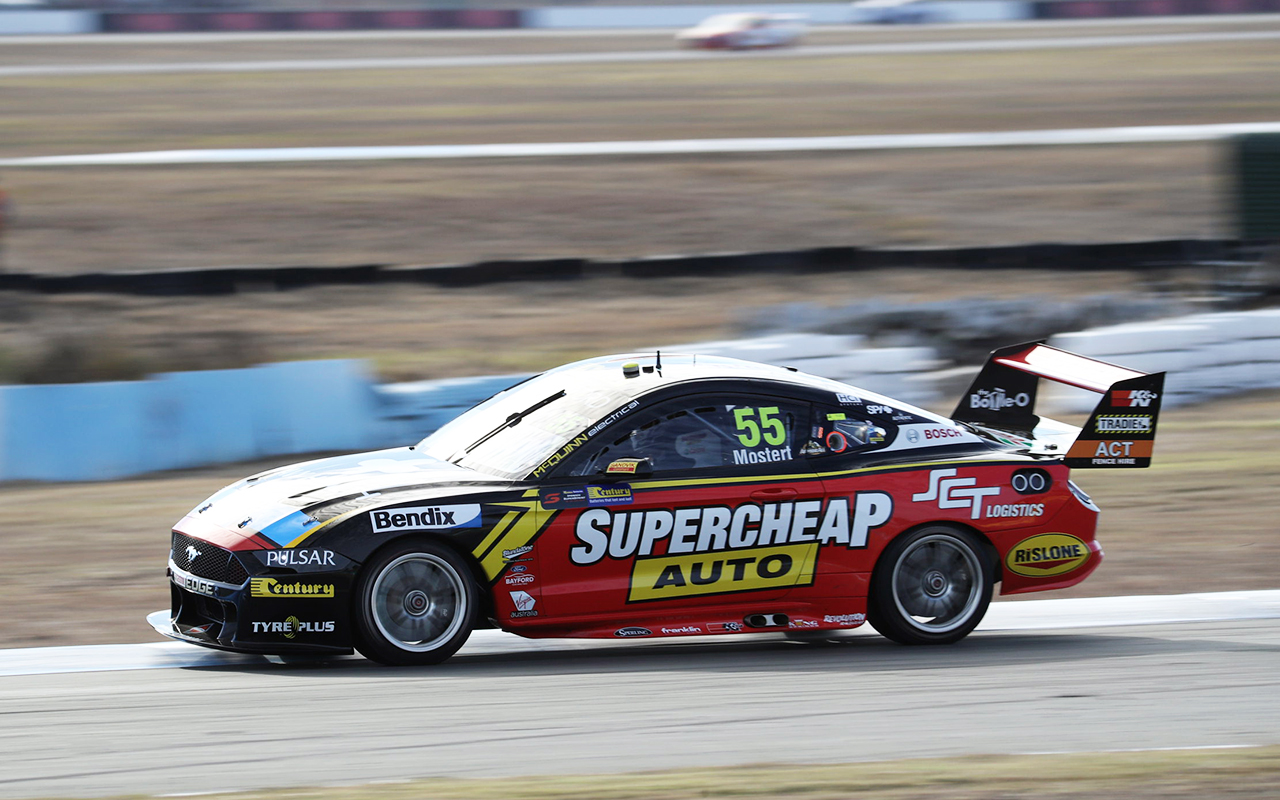 Chaz Mostert made it a Mustang top three sweep in third, while Matt Stone Racing’s Todd Hazelwood was the fastest Holden in fourth.

“The whole team has done a ripping job,” said Hazelwood, who qualified fourth for the Sunday race in Townsville.

“We had a great test day last week and off the back of Townsville as well, we’ve got some really great momentum on our side.”

Shane van Gisbergen was fifth ahead of Anton De Pasquale, who traded the top spot with McLaughlin in the early stages of the session.

Fabian Coulthard was disappointed with seventh, reporting his car felt different to during the Shell V-Power team’s test day at the circuit eight days ago.

“It feels like I’m driving a different car,” he said. “It’s tough, it’s frustrating, but we’ve got tonight to look at a few things.

“I turn the steering wheel and it doesn’t do anything. I’m just sailing past apexes. I feel like it’s my first day [as a race car driver].”

Townsville Sunday pole-sitter Cameron Waters is among those who'll have to fight his way through Q1, after ending Practice 2 11th.

Andre Heimgartner was the fastest of the Nissans in 12th, one place ahead of rookie team-mate Garry Jacobson.

A third practice session will take place on Saturday morning ahead of ARMOR ALL Qualifying.