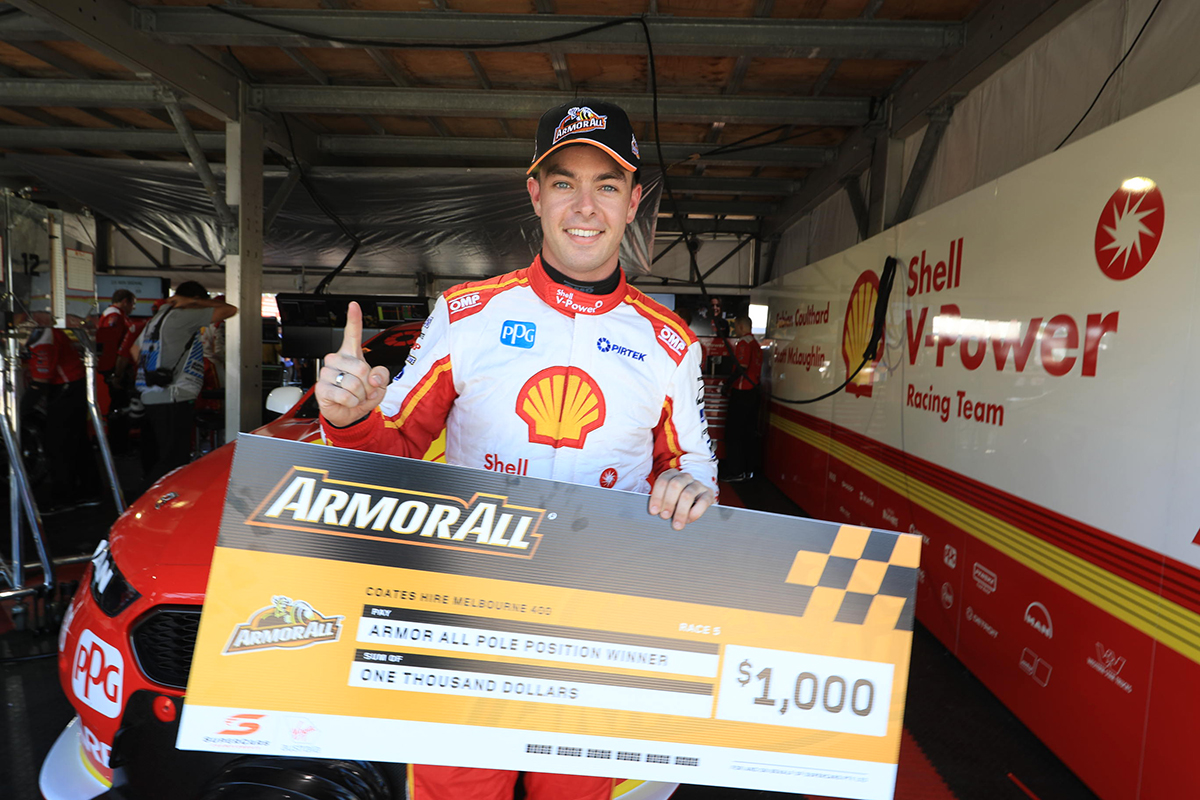 Scott McLaughlin and Nick Percat will share the front row for Saturday’s Race 5 of the Virgin Australia Supercars Championship at Albert Park.

Backing up his Race 3 ARMOR ALL Pole set on Thursday, McLaughlin again proved fastest in the first of two back-to-back 10-minute qualifying sessions on Friday afternoon.

Unlike yesterday, the two Shell Fords and Red Bull Holdens were among six cars to run an installation lap on warm-up tyres before heading out for their single green-tyre run.

In the meantime, Chaz Mostert, Pye and then Percat went to the top of the order, the Brad Jones Racing driver setting the benchmark at 1:55.3121s.

That held until two minutes remained, when McLaughlin went 0.1545 seconds quicker, scoring a 35th career pole to equal Mark Winterbottom in sixth on the all-time tally.

Second for Percat follows what was his best qualifying result with BJR in fifth, for Race 3, the session following opening Formula 1 practice at Albert Park.

"I expected it to be a lot different or greasy with this sun out on the track, but our car really hooked up," Percat said.

"I was nervous, because last night the track was cool and really grippy. But then all of the rubber’s gone down from Formula 1 and the track’s really good.

"I’ve been in quali-trim mode since midway through Practice 2."

Whincup slotted into fourth, 0.4168s down on McLaughlin, ahead of Tim Slade, Mostert and Fabian Coulthard.

The battle between the Shell and Red Bull teams included a bizarre pitlane moment when a mechanic inadvertently put a wheel from McLaughlin’s Ford onto Whincup’s Holden.

A Shell mechanic immediately alerted his Red Bull rival to the error, with the wheel then taken off and given to McLaughlin.

Michael Caruso ended up as the top Nissan in eighth ahead of David Reynolds, who jumped from last with the chequered flag flying.

"The car is working well, we knew we could bounce back well," Lowndes said.

"We’ve had the first of our two, we’re going to make a slight change to make the rear hook in longer and see what we can do.

"I’d say the Pirelli [Formula 1] rubber was quite good. For us, the car hooked in really well, we just lost the rear towards the end of the lap, we just need to get off that last corner well.

"The car yesterday was really well, we got caught up in traffic which was unfortunate, but it’ll make the racing fun."

Cameron Waters had a shocker, triggering a kerb sensor and going off at Turn 13, before ending up 22nd.

A second 10-minute session will follow to set the grid for Sunday’s Race 6 of the season.