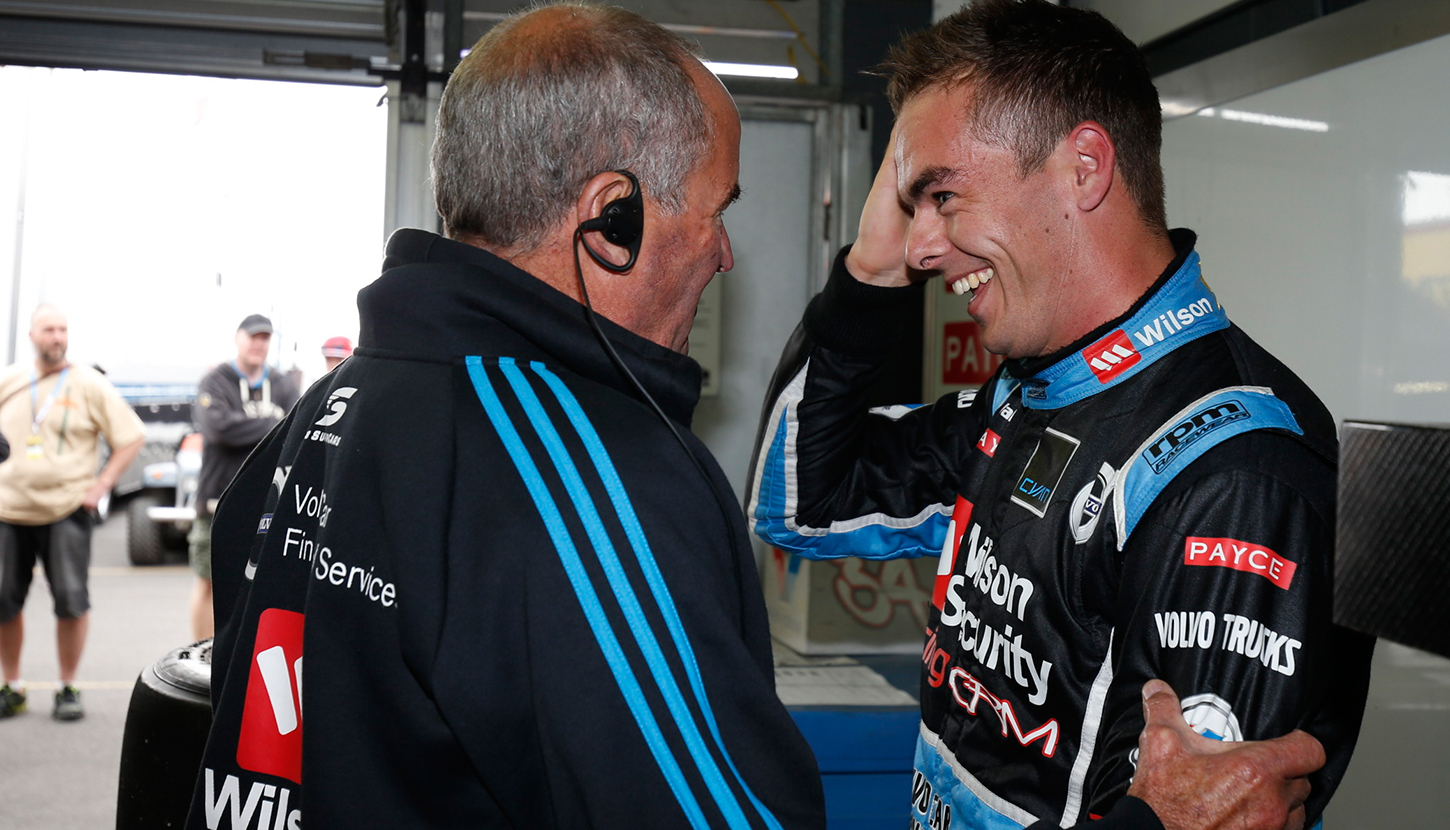 But team owner Garry Rogers and his key lieutenant, son Barry, have made it clear to the 22-year old New Zealander he will become the highest paid driver in the history of the squad if he re-signs.

McLaughlin is in the final year of a four-year deal with GRM and is the key player in the 2016 driver contract silly season. Both Holden Racing Team drivers James Courtney and Garth Tander are also potentially on the market, as is Nissan Motorsport’s Michael Caruso.

McLaughlin has already been linked with a seat at DJR Team Penske in 2017, potentially replacing fellow young gun Scott Pye. HRT has also been mentioned as a potential new home for the young gun.

Volvo’s decision not to extend its factory backing of GRM beyond 2016 has also heightened expectation McLaughlin will move on from the team.

At the moment Volvo’s motorsport division Polestar and independent partner Cyan Racing are saying they want the S60 V8s back at the end of the year, but Garry Rogers has made it clear he intends to race the cars in 2017.

That situation could take months to resolve.

Barry Rogers told supercars.com that pausing contract negotiations until after the Supercheap Auto Bathurst 1000 in October made sense.

“We have said to Scotty ‘let’s just get to Bathurst and after that we’ll see where we are at’,” Rogers said.

“But if not, we will leave it until after Bathurst and then we will all sit down and talk about it and that’s where it is at.”

This year he is a legitimate drivers’ championship contender, 48 points behind leader Craig Lowndes after last weekend’s Perth SuperSprint. The season highlight so far has been a clean sweep of qualifying and the races at the WD-40 Phillip Island SuperSprint last month.

Rogers revealed McLaughlin had been upfront about contact from other teams.

“He has spoken to us about it and he has given us his word that nothing has happened.

“But in regard to that discussion he said ‘I can tell you there is no agreement that I have come to with anybody’.

“We didn’t absolutely twist his arm and said ‘are you telling the truth?’ but he has been upfront and honest with us all the way through.”

McLaughlin completed his welding apprenticeship at GRM in his first year racing for the team in 2013 and has built a close relationship with the close-knitted squad, especially his engineer Richard Hollway and Garry Rogers.

The Rogers’ are understandably fired up to keep him onboard one of their cars, which is why the message has been delivered clearly to McLaughlin that his salary expectations will be met.

That’s despite Garry Rogers’ traditional reputation as one of the less generous team owners when it comes to driver salaries.

“In the past Garry has been a little – I don’t know if this is the right word – tight or won’t pay the big dollars for the drivers,” said Rogers.

“While the chequebook doesn’t end anywhere, Scott knows that the financial side of it won’t be a hurdle.

“If it’s dollars, he won’t leave. If there are other things or needs that we can’t fulfil then that may be different.”

Rogers conceded the departure of Volvo was not helpful to retaining McLaughlin.

“Would the loss of the Volvo factory deal potentially affect his decision? Of course it would.

“But he loves it here and we love having him and if everything works out we’d love to keep him.”

McLaughlin and team-mate James Moffat next suit up for Wilson Security Racing GRM at the May 20-22 Woodstock Winton SuperSprint.

The country Victorian circuit is GRM’s test circuit and the team sampled the resurfaced 3.0km layout only weeks ago.

Both drivers have reasons to be fond of the circuit. Former Nissan team member Moffat broke through for his and the Altima’s first – and so far only – win in 2013, while McLaughlin claimed his first ARMOR ALL pole there in 2014.

Lessons at the front of the field

Keep a lid on it