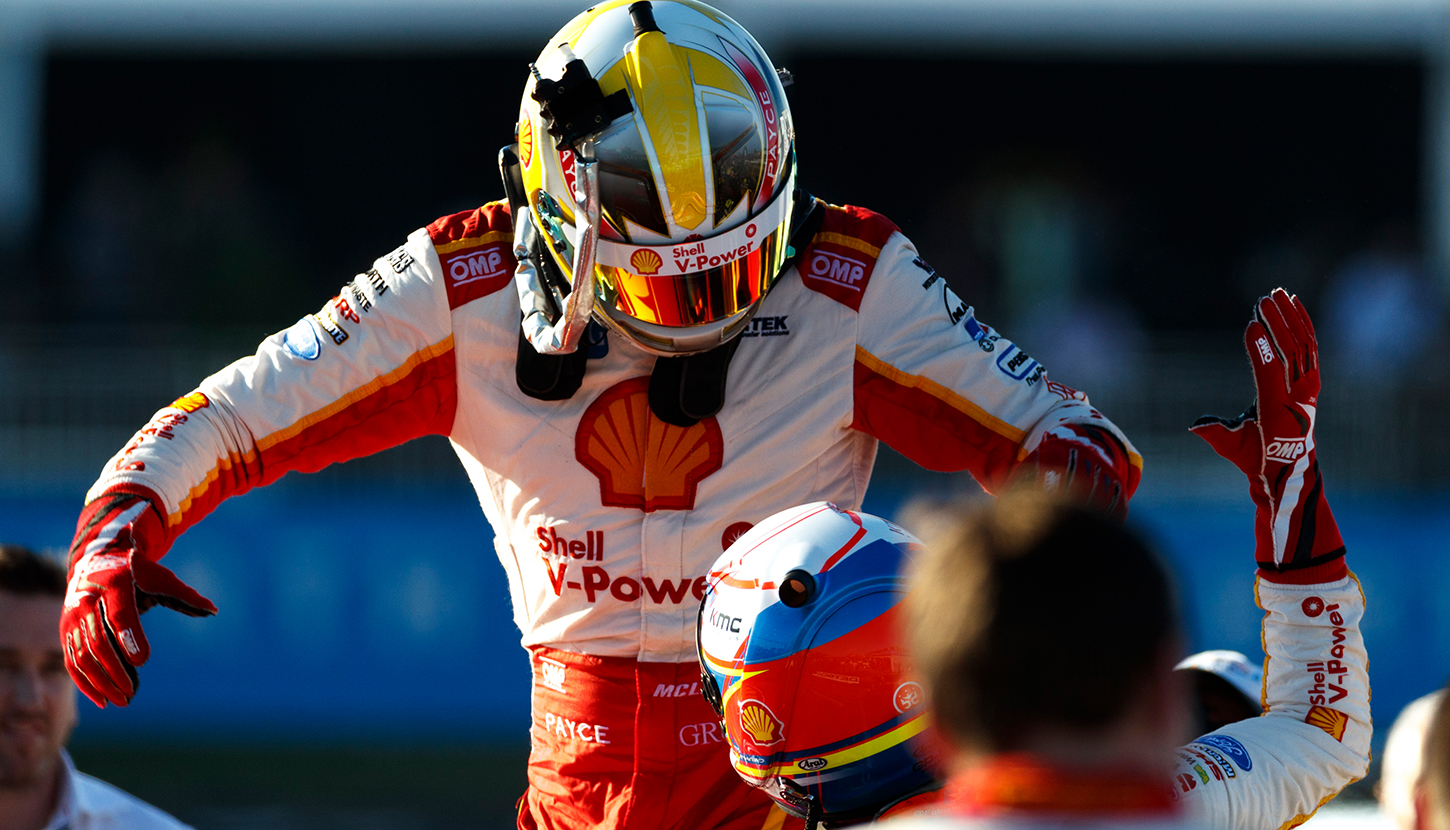 The timing of the critical pitstop that enabled Scott McLaughlin to remain ahead of Fabian Coulthard in Race 7 was the result of a miscommunication, the winner has revealed.

McLaughlin led Shell V-Power team-mate Coulthard throughout the first stint and had a 3.5 second advantage when the latter pitted on lap 22.

Engineer Ludo Lacroix told McLaughlin to 'push' with the intention of doing two more laps than Coulthard, which the driver heard as 'pit'.

McLaughlin's unexpected dive to pitlane caught the team off guard, scrambling to set up with four new tyres in time for the car's arrival.

Ironically, the intended extra lap would have almost certainly seen McLaughlin lose the lead to Coulthard.

McLaughlin quipped that he still has work to do on his Frenglish after multiple miscues with French engineer Lacroix in the early stages of the season.

“We went over this like crazy in the pre-brief,” McLaughlin said of the pitstop timing.

“It was one of those things where I wasn’t meant to pit that lap, I actually misheard Ludo, so pitting that lap probably effectively got me the lead back.

“It was a miscommunication for me to pit that lap, so I don’t know. They were going to sort it out, I just trust my team’s decision.

“During the race it was hard, because Ludo was speaking to me in the bowl (Turn 6) and we’ve had radio dramas down there.

“I thought he said ‘pit’, but he said ‘push’ apparently. That’s how it is, we’re getting used to each other.

“We were lucky. We’ll sort it out, there are no dramas apart from those little things.”

The scene for McLaughlin’s first win was set by a strong start – turning the tables on Coulthard who had out-dragged him to the first corner twice at Phillip Island.

McLaughlin’s start was so strong that it triggered an investigation from officials, which eventually saw him cleared of any wrongdoing.

“I’ve been working on it,” he said of his start.

“At Phillip Island my two starts there were horrendous. I just got a really good launch, it was right on the bite point (of the clutch) when the light went out.

“I think it was my best start ever.”