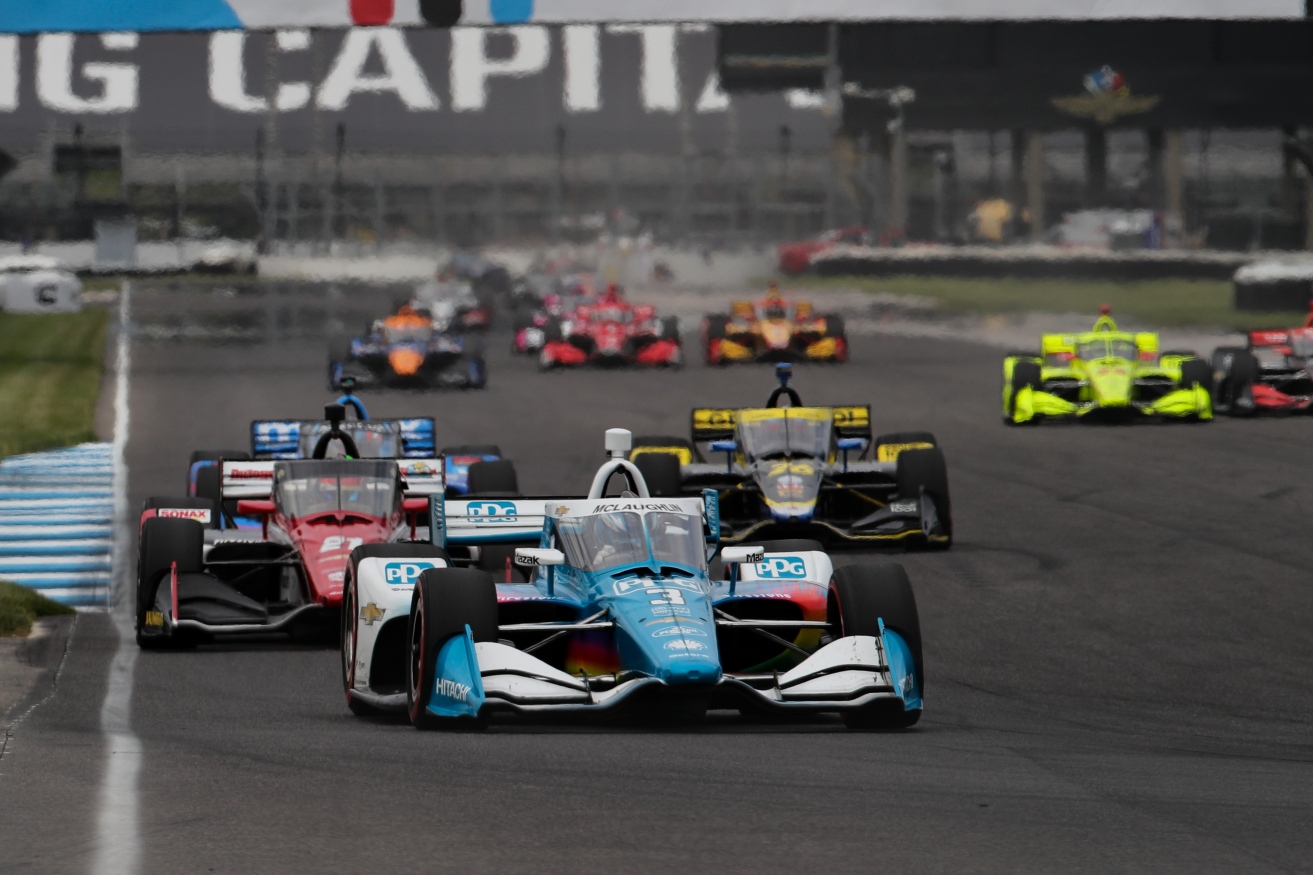 The race was won by Dutch young gun Rinus VeeKay, who claimed his maiden win and first for Ed Carpenter Racing since July 2016.

VeeKay, who claimed the win in his 19th career start, drove to a five-second victory over pole winner Romain Grosjean, with Alex Palou rounding out the podium.

20-year-old VeeKay became the sixth-youngest winner in IndyCar Series, and also became the first driver ever to win in the IndyCar Series and in all three tiers of the Road to Indy ladder series: Indy Lights, Indy Pro 2000 and USF2000.

There has also been a different winner in each race this season.

VeeKay took the lead on lap 65, and led 33 laps in the race, having assumed top spot after the pit strategy played out.

Traffic and light rain threatened VeeKay’s win, with the Dutchman managing the gap to former Formula 1 driver Grosjean over the final 20 laps.

The margin was as high as nine seconds with 10 laps remaining, but Grosjean, who had three-lap younger tyres, sliced the deficit in two. 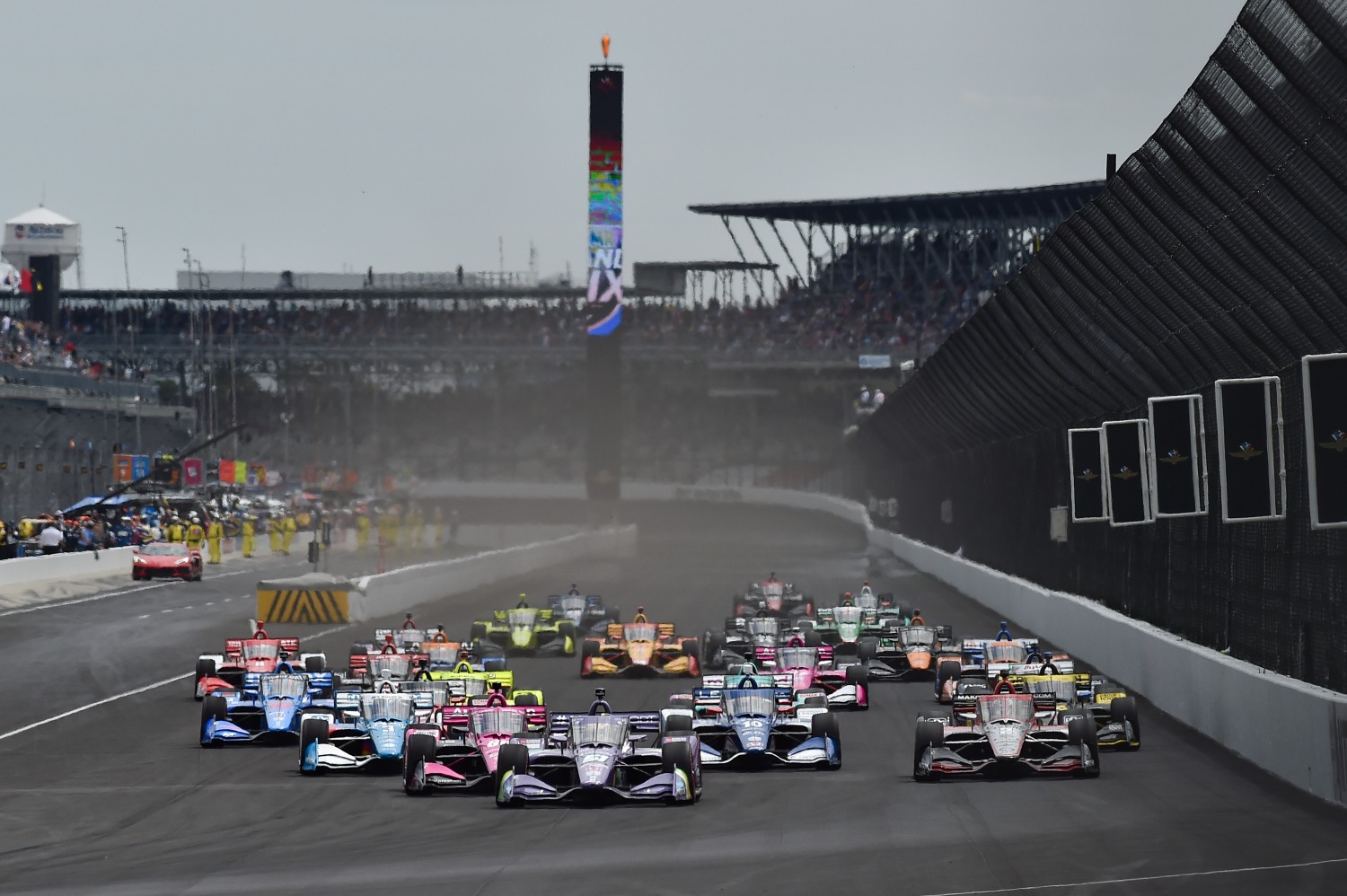 The start of the race

However, despite claiming pole, the Frenchman was unable to take the win in just his third IndyCar start, having led a race-high 44 laps.

The Safety Car was deployed when Daly became beached off the circuit.

McLaughlin was fifth when the yellow was flown, behind Grosjean, Jack Harvey, Josef Newgarden and Palou. VeeKay, then in sixth, was first of the top 10 runners to stop on lap 12.

McLaughlin was brought in on the following lap. The undercut worked in VeeKay’s favour, demoting McLaughlin on lap 14. 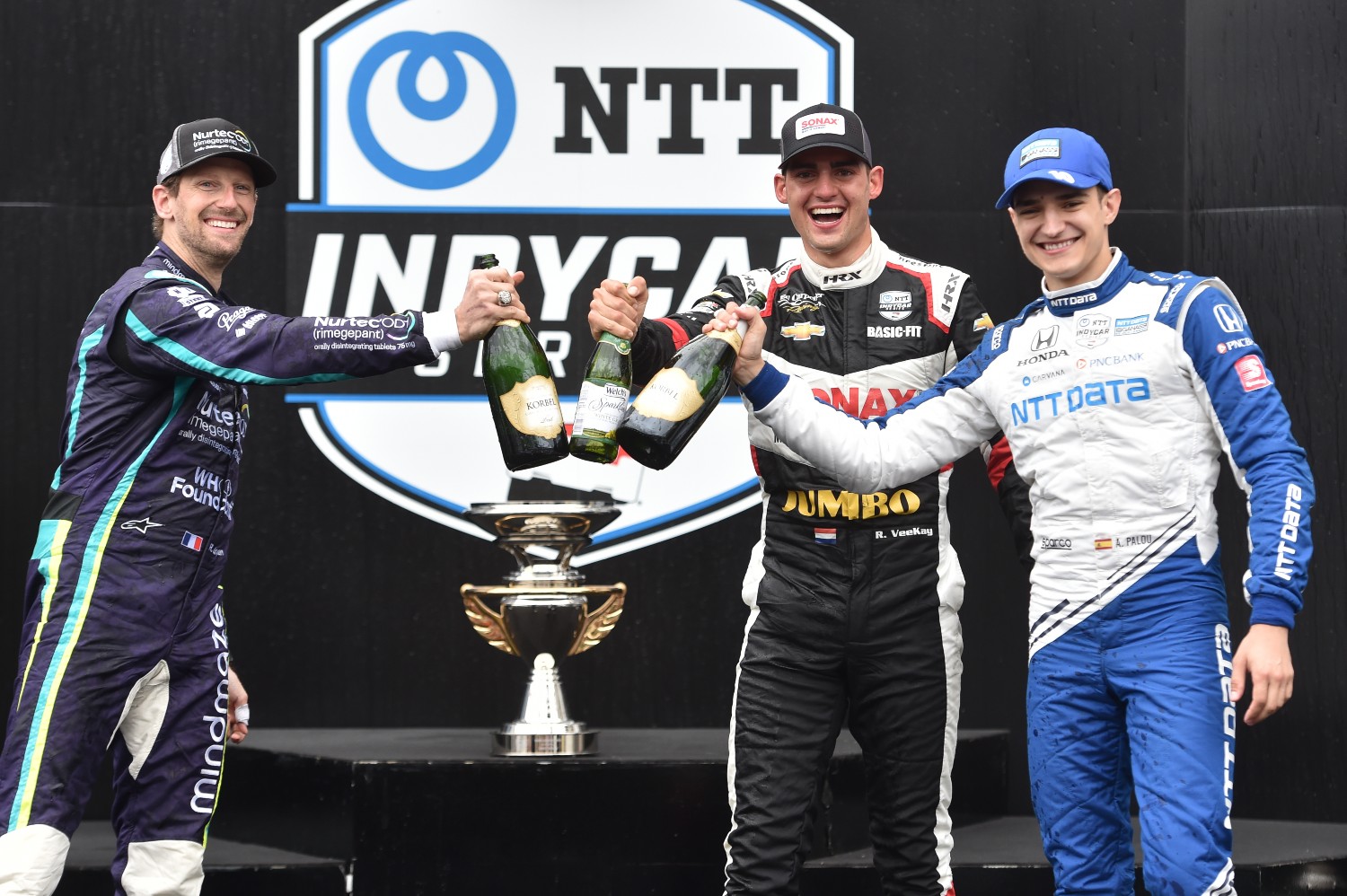 Grosjean lost time in traffic, before being demoted by VeeKay, who retained the lead through the pit sequence. Newgarden held onto fourth ahead of Graham Rahal, who was last at the start of the race.

Pagenaud recovered to sixth ahead of Alexander Rossi and McLaughlin, with Dixon and Marcus Ericsson rounding out the top 10.

With series leader Scott Dixon ninth, and Palou on the podium, the gap between the two at the top of the standings closed to just 13 points. McLaughlin is eighth, 53 points off the lead.

The 2021 season will resume at Indianapolis Motor Speedway in preparation for the 105th Indianapolis 500. Practice on the iconic oval circuit opens on Tuesday.