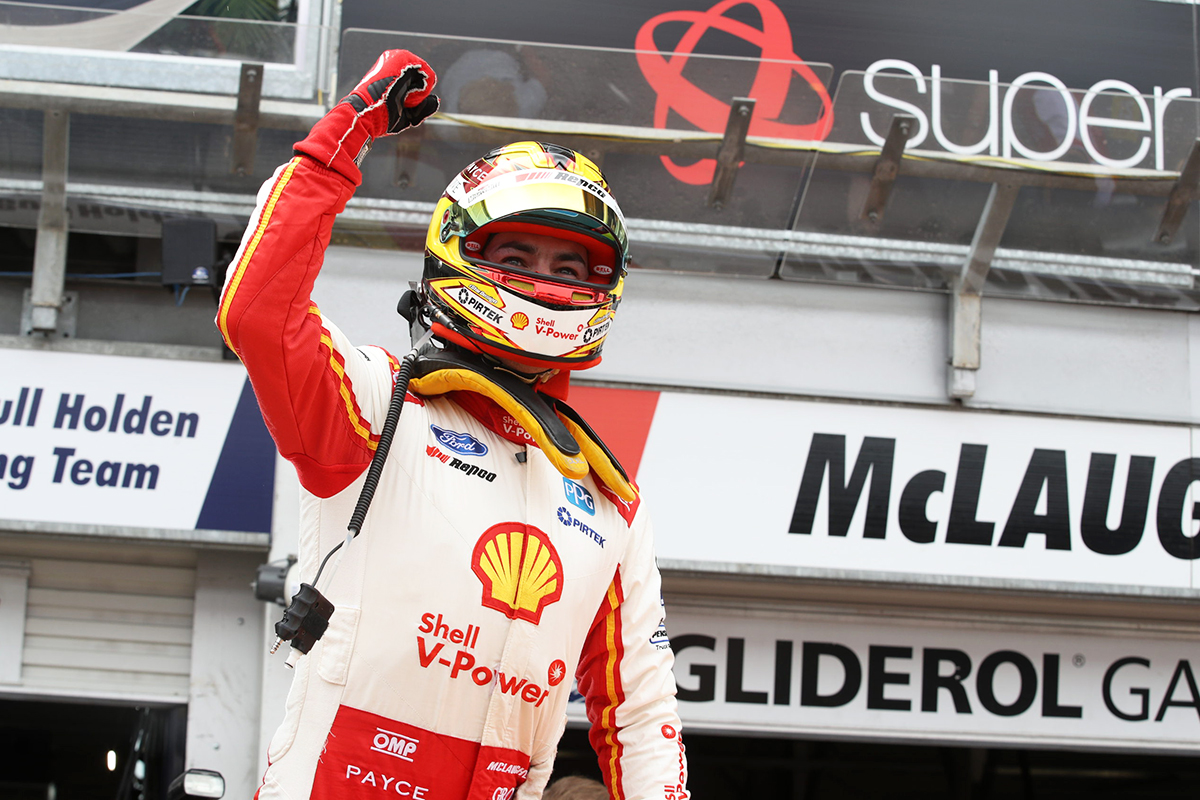 Scott McLaughlin made it back-to-back ARMOR ALL Pole Positions for the new Ford Mustang Supercar, beating Shane van Gisbergen in the Top 10 Shootout.

The provisional polesitter and Saturday race winner was the last man out, and added to Shell V-Power Racing team-mate Fabian Coulthard's Saturday pole.

McLaughlin turned a 1:19.6626s on his single lap to finish 0.2637 seconds ahead of van Gisbergen, who was the very first driver out.

Van Gisbergen only scraped his Red Bull Holden Racing Team Commodore into the ARMOR ALL Top 10 Shootout but didn't waste his spot, putting down a 1:19.9263s.

The next seven drivers could not match that, including Chaz Mostert who was second-fastest in the regular session but incurred a kerb strike at the first chicane.

That left McLaughlin as the final challenger, and the defending champion went nearly three tenths clear to claim a 47th career pole but first in Adelaide.

"It’s a big thing to get my first pole here," McLaughlin said.

"Shane put a pretty good lap down there and I just knew I had to hit my marks and come away with a good spot.

"He had it on me last year [in Adelaide] and we’re just trying to work together with this new car on my driving.

"Yesterday’s lap was average, so today I needed to do better and it worked out really well." 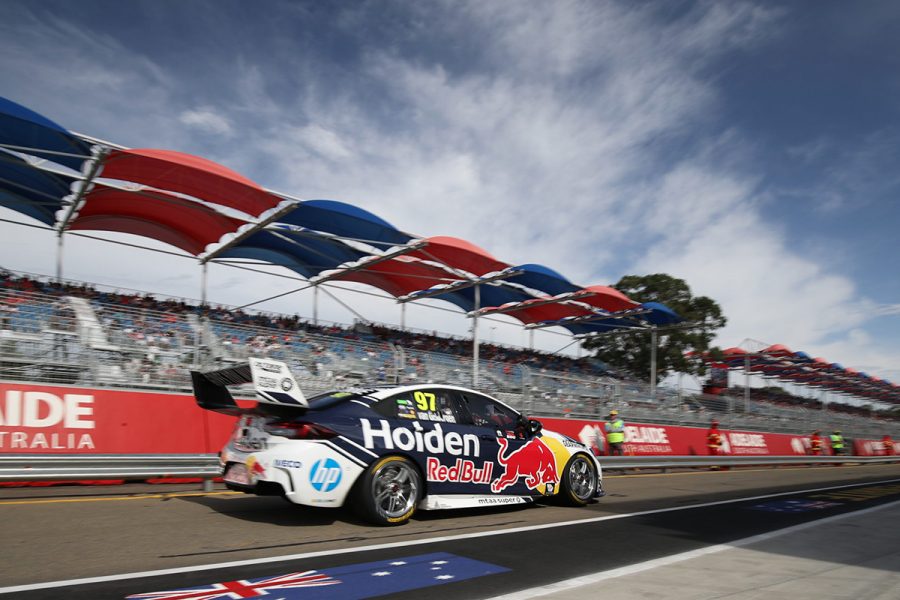 Second still represented a gain of eight places for van Gisbergen, who was the only other driver to turn a sub-1:20s lap.

Coulthard wound up third but his time is under investigation for work being undertaken on his Mustang in pitlane before heading out.

The Kiwi was at a loss to explain why he was unable to replicate his single-lap pace from Saturday.

“We were able to do it yesterday on one lap,” he said.

“We’ve tuned the car, maybe the ambient and things like that have played a bit of an effect and we really struggled to get it done on the first lap in quali.

“Unfortunately the Shootout is one lap and you’ve got to do it in that lap, but we moved from fifth to third, so it’s not all bad.”

David Reynolds grabbed the other spot on the second row, ahead of the Tickford Mustangs of Cameron Waters and Will Davison, and Brad Jones Racing's Nick Percat.

Matt Stone Racing's Todd Hazelwood contested his maiden Shootout after qualifying ninth, improving to eighth, ahead of Anton De Pasquale who locked-up into Turn 9 and the penalised Mostert.

Outside the top 10, Tim Slade starts 11th for a second-consecutive day, alongside Jamie Whincup.

Mark Winterbottom missed ARMOR ALL Qualifying due to power-steering problems with his IRWIN Racing Commodore and will be at the rear of the 24-car field, with Macauley Jones back in action.