They will start Sunday's showdown split by 53 points in McLaughlin's favour, after van Gisbergen was penalised for a pitstop infringement.

McLaughlin and van Gisbergen be the last two runners in the ARMOR ALL Top 10 Shootout, while Craig Lowndes will start his final full-time Supercars race 12th.

Promoted to second on Saturday by van Gisbergen's penalty, David Reynolds set the pace through the first runs with a 1:10.6787s, from Lee Holdsworth.

McLaughlin and van Gisbergen were sixth and seventh after the first runs, before McLaughlin jumped to the top during the second, midway through.

A 1:10.4414s from McLaughlin was the quickest of the weekend to date, with team-mate Fabian Coulthard also jumping into second.

Van Gisbergen had fallen to 12th by the time Richie Stanaway crashed his Tickford Falcon at Turn 7, with seven-and-a-half minutes remaining.

That hindered van Gisbergen, who was set to improve and vault into the Top 10 at least when the red flags came out. 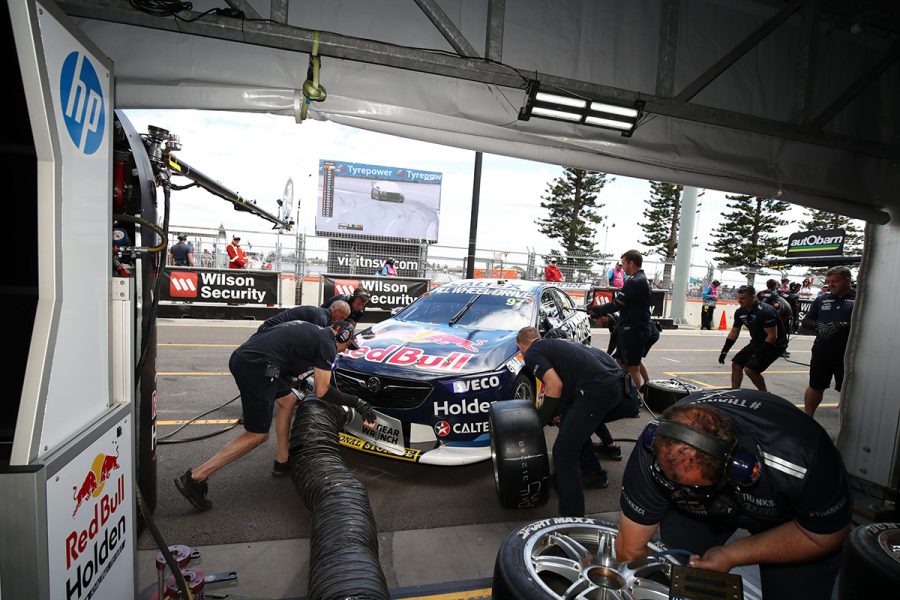 The Red Bull HRT driver did that immediately after the restart, turning a 1:10.4274s to displace McLaughlin – who delayed his final run – by 0.0140s.

When van Gisbergen returned to the lane with two minutes remaining, McLaughlin responded with a 1:10.3057s to reclaim first place by 0.1217s.

That was how it stayed at the top of the order, with the Shootout to determine where they start the second leg of the Coates Hire Newcastle 500.

“We’ve got a Shootout to go yet, but it was a nice little practice before that. It was a bit of a simulation and to do the time there was good,” McLaughlin said.

“I’ve learnt a few things across the night with lines and stuff, I’ve picked up a few things, but let’s hope we can do it in the Shootout.

“At the end of the day it’s just best execution, I need to just do my role, my best job for the team and if that’s winning this thing, it’s going to be that.

Reynolds wound up third, marginally behind van Gisbergen, from Coulthard, whose Falcon - repaired after yesterday's crash - was suffering steering-rack problems.

Outside the top 20 before the red flag, James Courtney rose to fifth, ahead of Jamie Whincup, Holdsworth and Tim Slade.

Andre Heimgartner and Garth Tander complete the group of 10 progressing to the Shootout, the former jumping up the order in the closing stages.

Retiring from full-time competition like Lowndes, Tim Blanchard wound up 19th, after an off at Turn 11 during the early stages.