He will run last in the ARMOR ALL Top 10 Shootout, which the other Saturday podium finisher James Courtney missed after a wheel problem.

Courtney had been one of the drivers to spend time at the top early, along with Walkinshaw Andretti United team-mate Scott Pye and Tickford Racing pair Mark Winterbottom and Cameron Waters.

Michael Caruso then lowered the benchmark to a 1:20.0358s in his Nissan with eight minutes to go, which stood as the time to beat in the final runs.

When they started with two minutes remaining, Shane van Gisbergen, Jamie Whincup and Chaz Mostert were all out of the top 10, in 12th, 16th and 20th.

“We worked very hard overnight with the car. Ludo [Lacroix, engineer] has tuned it up a beauty, it’s a lot better,” McLaughlin said.

“It had a lot more turn. I needed that to get through the corners faster and get back on the gas.

“We know we have our work cut out in the Shootout, these guys are very good in Shootouts.”

Van Gisbergen and Whincup wound up second and third, with Garth Tander vaulting his Garry Rogers Motorsport Commodore up to fourth after the chequered flag.

“We didn’t change the car much at all during the run," said Tander.

“We were out of sequence with everyone so the first two runs were compromised.

“No one really gets in your way, but it’s the psychological thing of not knowing what they’re going to do, so you always leave a bit on the able.

“The last run was clear. It was big commitment, massive through Turn 8.” 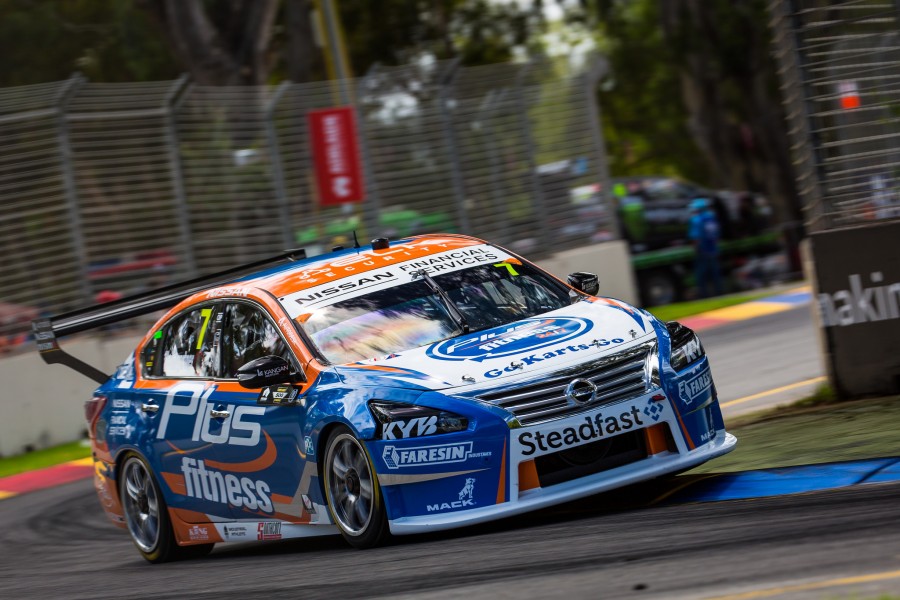 “I’m just stoked to come back after being away for a year and have pace,” Heimgartner said.

“The seat we did overnight was good, I didn’t have any issues.

“I still have some issues with my right leg but still managed to drive it fast enough.

“Yesterday the last 20 laps were the most painful I’ve done in my life.

“I was holding back from crying it was that painful and I couldn’t even walk to the truck after.

“We did a lot of work overnight, I was here until 11 o’clock doing seat fits sorting it all out.”

Caruso and Waters completed the top 10, with Tander’s late effort bumping Slade out of the Shootout.

“We damaged a wheel on Friday when we touched the wall through Turn 8,” Courtney explained.

“It buckled the wheel slightly and somehow it stayed in circulation and it was on the car then.

“It had a mad vibration which caused a lot of knock-off, so it was really inconsistent. Then the wheel was bouncing so it’s hard to stay connected.

“We didn’t have enough fuel to do another run, so it wasn’t the session we wanted.

“But the car was quick in the race yesterday, so we’ll see how we go today.”

Richie Stanaway brushed the Turn 8 wall early but was the top rookie in 18th, just ahead of Anton De Pasquale.

In his repaired CoolDrive Racing Commodore after a Turn 8 crash with Simona De Silvestro, Tim Blanchard wound up 26th.