Scott McLaughlin edged Chaz Mostert to score a 13th ARMOR ALL Pole of 2019, ahead of Sunday’s race at the Century Batteries Ipswich SuperSprint.

As was the case on Saturday, the #17 Mustang topped Q2 and Q3 in the knock-out qualifying session, proving too strong for its rivals over a single lap.

"I'm so grateful for where we're at and the pace that we had, but you always want to do the perfect lap,” said McLaughlin.

“I just missed that last sector, but it was a really strong first two sectors, and it feels like we've got a better car [than Saturday], but who knows. We'll see what goes on [in the race]." 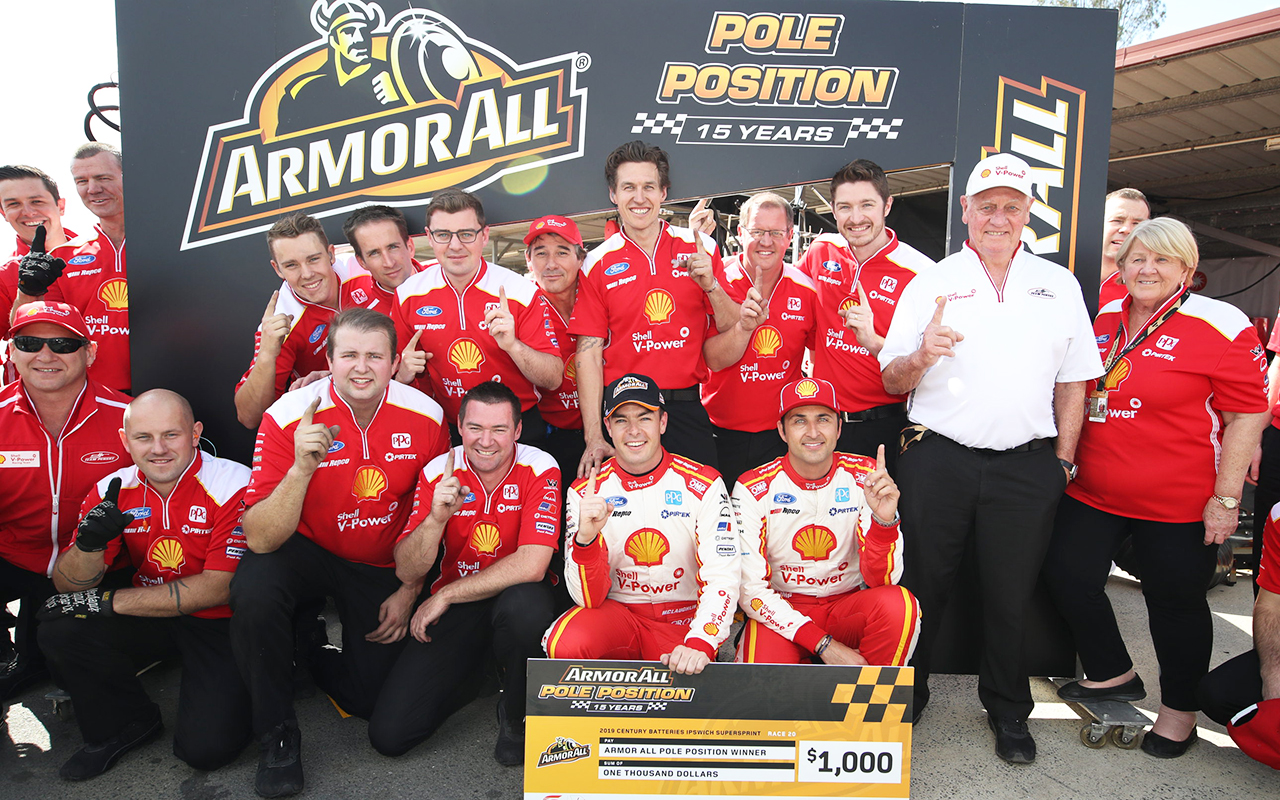 Both times were better than Mostert’s 1:08.6195s, set on his second run, while Whincup dropped from second to third after failing to improve late.

Van Gisbergen, Davison and Waters each did just one run in Q3; the Tickford cars running early and the Red Bull Holden late.

Andre Heimgartner ended up a fine seventh for Kelly Racing, ahead of Nick Percat, Todd Hazelwood and David Reynolds; the trio having fought their way through from Q1.

Fabian Coulthard will start 11th, having progressed been the other to progress from Q1 to Q2, before narrowly missing out on transferring to Q3.

The #12 Shell Mustang had gone seventh with four seconds left in Q2, only to be bumped out by a series of improvers, the last of which was Davison.

“We've worked hard all weekend, [engineer] Mark [Fenning] has done an amazing job trying to get our car back in the window, and unfortunately [11th] is as good as we've got."

Q1 had been red-flagged 30 seconds from the end, after an apparent mechanical failure had Macauley Jones stranded backwards at the entry to Turn 2.

That hurt all those trying to make it into the top four with late laps, including Brad Jones Racing team-mate Tim Slade, who will start 20th.