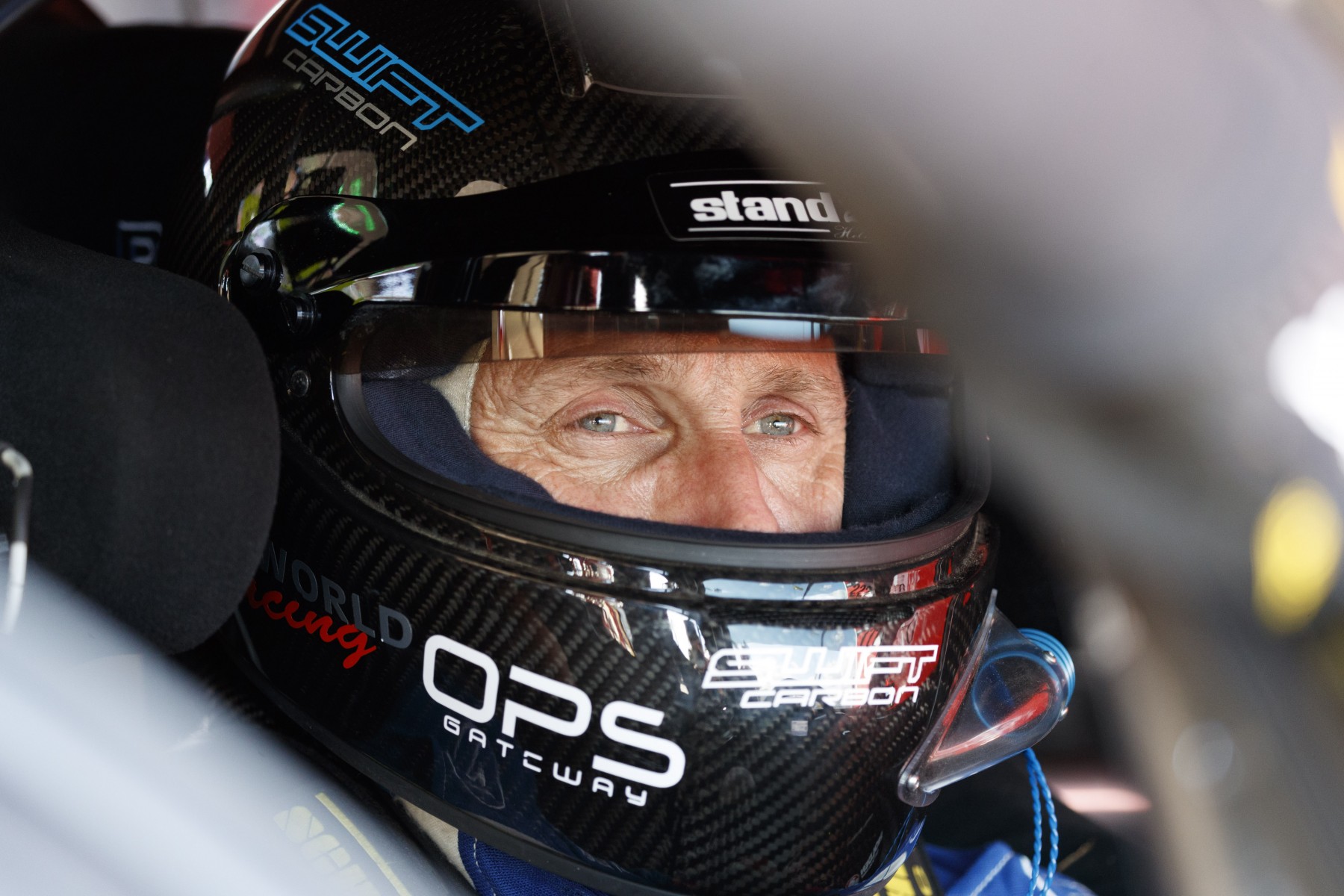 Cameron McConville admits he never expected to return to Supercars sprint racing after six years out of the saddle. But whatever you do, don’t call it a comeback.

The 43-year-old slots into Lucas Dumbrell Motorsport’s second Holden for Hidden Valley under a two-event deal that will also see him race in Townsville.

McConville stepped back from full-time driving at the end of 2009 to focus on his media and business career, but has repeatedly been lured back into the drivers’ seat.

Alongside a three-year tenure as a Holden Racing Team enduro driver, he completed one-off substitute drives with LDM and Brad Jones Racing in 2010 and 2011 respectively.

In and out of a variety of categories since, he made a surprise comeback to the Pirtek Enduro Cup with LDM last year, finishing a fine third alongside Nick Percat at Bathurst.

Undecided on whether he’ll again do the enduros later this year, only time will tell if his latest two-event deal with LDM proves to be his Supercars swansong.

“People have said I’ve had more comebacks than Nellie Melba. Someone was even calling me John Farnham the other day,” he laughs.

“But even when I retired from full-time driving I never, ever said I was retiring from racing altogether.

“I always wanted to do something in racing. There’s no comebacks. I’m just doing the odd dabble which is exactly what I’d said I’d do.” 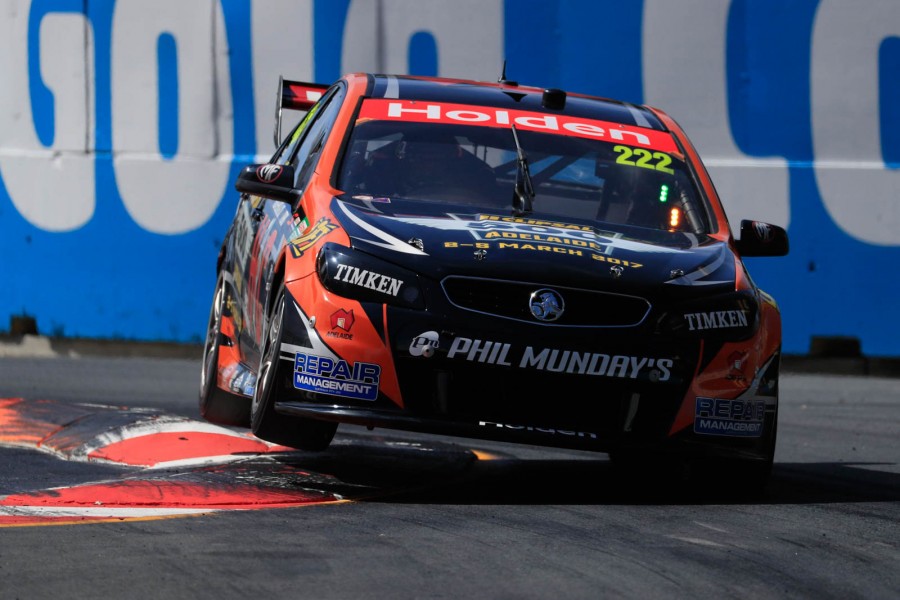 McConville says the motivator for his latest return is sponsor Phil Munday, who has backed the driver on-and-off since his earliest days as a full-timer with Rod Nash Racing in 2000.

McConville had been approached by Munday to race the #3 Holden at Barbagallo. He declined due to recent minor back surgery, postponing the drive until Darwin.

“I feel like I owe Phil because he’s helped my career multiple times over the years. It’s the least I can do when he asks for a favour,” McConville explained.

“Hopefully I don’t let him down and I’m not too off the pace. Hopefully by Saturday I can dial back in.

“I feel in a GT-type car that I’m as sharp as I’ve ever been, but I’m under absolutely no illusions that the Supercars game is 10 levels up from what I’ve been racing.

“I’m certainly not expecting to come back in and be competitive. I watch these guys with admiration and I never expected to be back in amongst it. I absolutely know where I’m at.”

While it’s been eight years since he stepped back from full-time racing, McConville won’t be the oldest driver in the field this weekend.

At 43 he’s younger than Jason Bright and a direct contemporary of Craig Lowndes, who proved a sparring partner in Formula Ford before they both progressed to touring cars.

“To be honest I probably did pull the pin a bit earlier that I should have. I do wish I’d stuck around for a few more years,” McConville reflects of ending his full-time stint in 2009.

“I went 10 years in the game on one-year contracts which gives you a fair bit of anxiety and stress when you don’t know what the next year looks like. 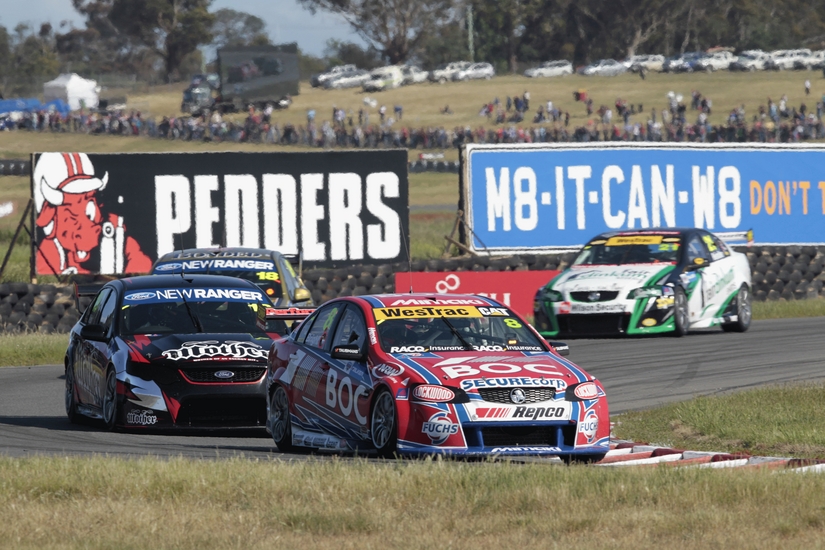 McConville during his last sprint event start in 2011

“I dabbled in drive days and media and if anything I got too pre-occupied with making sure there was going to be food on the table for my wife and kids and it took my focus away.

“Pretty much from August that year (2009) I’d made my mind up to stop so I didn’t ring anyone. I made the call very early not to shop around.

“The writing was on the wall at BJR, Brighty was there with a licence and it was getting harder to get a drive purely on merit so I took the option of an enduro drive.”

Slotting into an enduro drive was a relatively easy transition and almost netted a long-awaited Bathurst win alongside James Courtney in 2012.

He eventually left that seat to become the Driving Standards Observer for Supercars – a call he admits was an even bigger move than stepping back from full-time duties.

“The reason I stopped co-driving was that last Bathurst with James,” McConville explained.

“He was catching (Jamie) Whincup with about 18 to go and I thought finally I’m going to win Barthurst, this is my fairytale. Then a tyre delaminated and we dropped back to fourth.

“I decided that I couldn’t handle the lows of Bathurst anymore. I was done, I just couldn’t come back and be crushed by that place again.

“The DSO gig was a full-time meal ticket and the enduros, despite what people probably thought, didn’t pay enough for a whole year.

“Having been DSO for Carrera Cup it was a natural progression and I was potentially seeing myself as the next Tim Schenken (Supercars Race Director). It was perfect.

“But little did I know that it’s probably the hardest, most thankless job in the pitlane. I gave it a go for a year but it didn’t work out.” 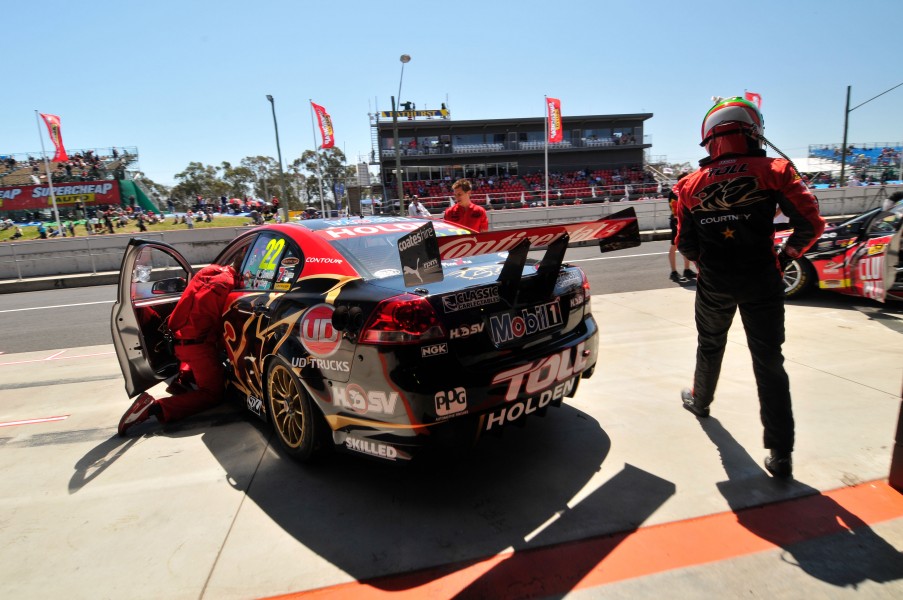 While subsequent jobs at Porsche and CAMS also restricted his racing, McConville is now heading up Melbourne supercar dealer Zagame’s motorsport arm and driving as much as ever.

As well as managing the business, McConville competes in its two-car Carrera Cup program and co-drives its Lamborghini Australia GT entry.

Whether he elects to again race in the Supercars enduros will depend on his schedule with Zagame and whether he feels up to riding the emotional rollercoaster of Mount Panorama.

“It was nice to come back with Nick last year. He drove a tremendous race at Bathurst but we had a lot of luck on our side as well to get the results we did.

“I’ve got to make sure that if I do it I’m not compromising this. We’ll get through Darwin and potentially Townsville and see where I’m at from there.

“It would be good if LDM can find another young guy to put it in at some point. Whether that’s for the enduros, who knows?”