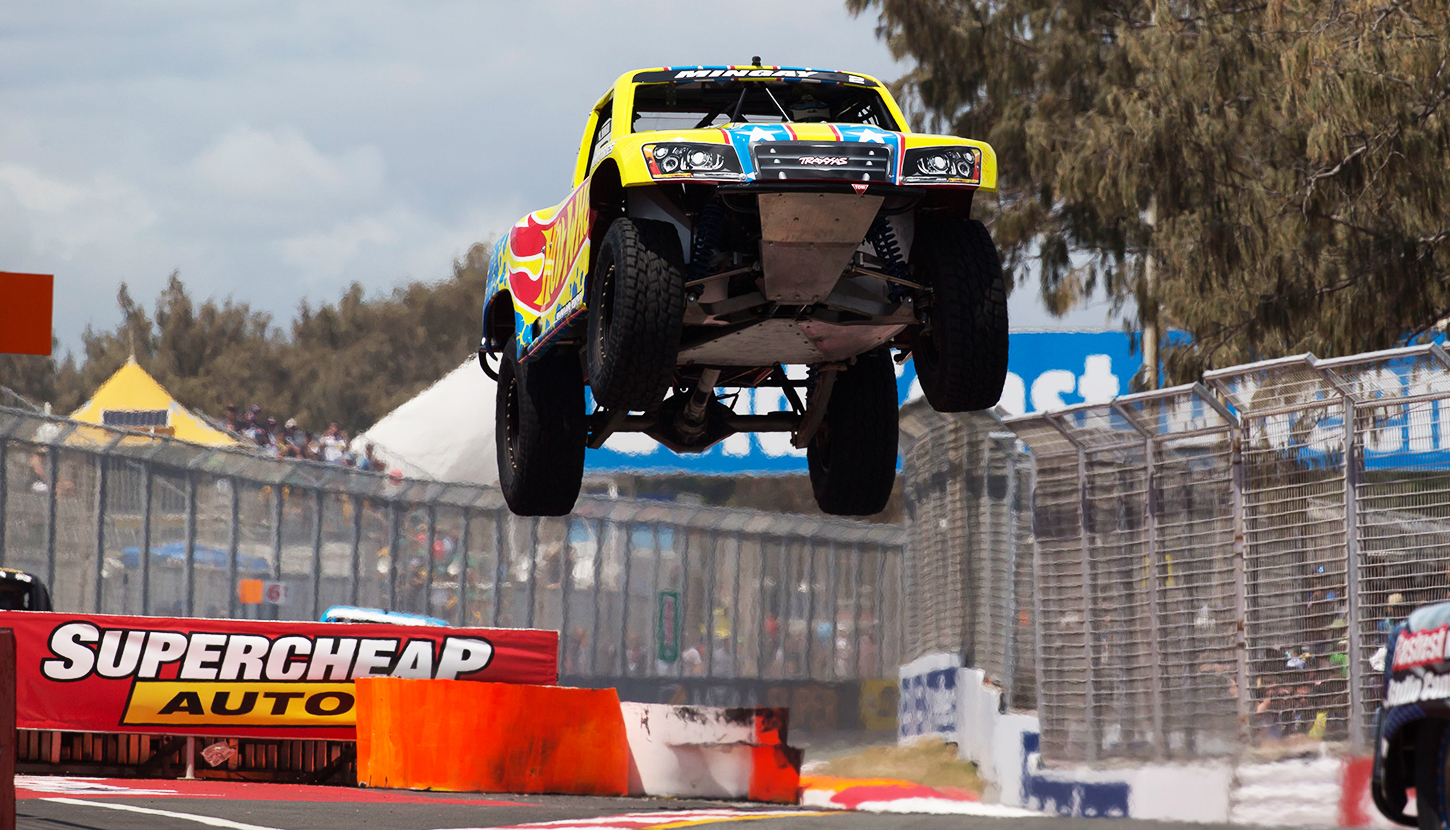 Stadium Super Trucks racer and former Bathurst winner Paul Morris says the category is looking forward to racing at the Castrol EDGE Townsville 400 next month, despite the horrific injuries sustained by Matt Mingay in an accident at the Detroit Belle Isle Grand Prix in Michigan.

A post on Mingay’s Facebook page states his injuries “are serious but non life threatening” while reports have emerged saying he has had successful facial surgery in the US.

“He’s in pretty good shape and the people who have looked after him have done well,” Morris told supercars.com.

The experienced racer said the seriousness of the accident didn’t come as a shock, saying just that “it happens” in motorsport.

Morris said the Stadium Super Trucks community was still looking forward to racing at the Castrol EDGE Townsville 400, to run from July 8-10.

“I think he’s going to be alright, so that’s the main thing.”

Mingay is respected as a Stadium Super Trucks driver and stuntman, and appears regularly at Supercars events.