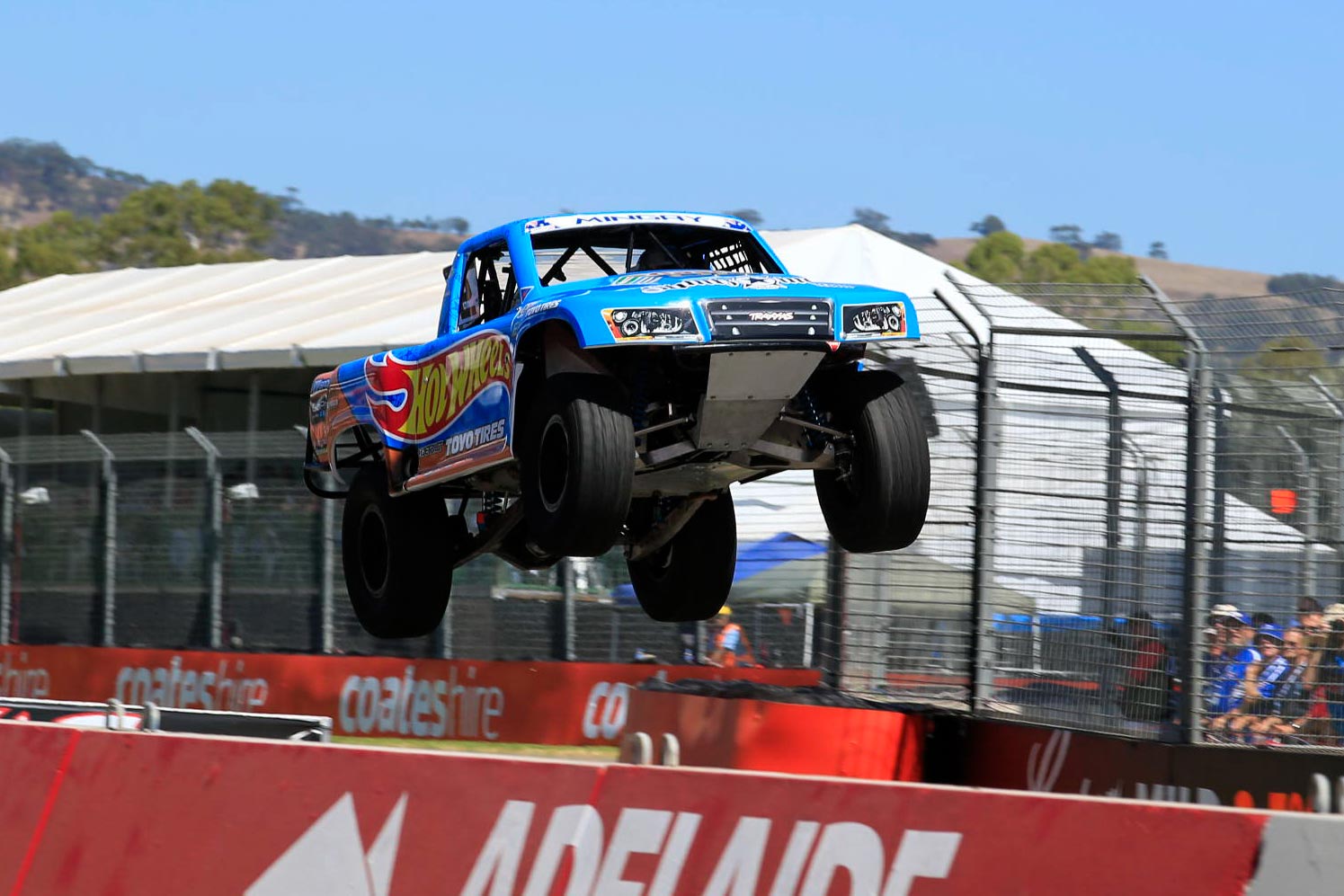 Racer Matt Mingay has been seriously injured in a crash overnight during a Stadium Super Trucks support race at the Detroit Belle Isle Grand Prix, Michigan.

Mingay was transported to DMC Detroit Receiving Hospital where he is currently listed as being in serious condition, but is stable at this time, according to a hospital spokesperson.

It is understood that he has suffered facial injuries as a result of the crash.

Competing in his second race for the weekend, Mingay’s truck was overturned on the third lap. The race was subsequently suspended after a lengthy delay due to the incident.

Mingay is widely known in Australian motorsport circles as the lead stuntman for the Stuntz Inc group that regularly performs at Supercars’ major events.

He has been a competitor in a number of Stadium Super Trucks events since the category made its Australian debut at the 2015 Clipsal 500 Adelaide.

02/06/2016
Stay In The Know
Sign up to the Virgin Australia Supercars Championship Newsletter
We use cookies to ensure that we give you the best experience on our website. If you continue to use this site we will assume that you are happy with it.Ok