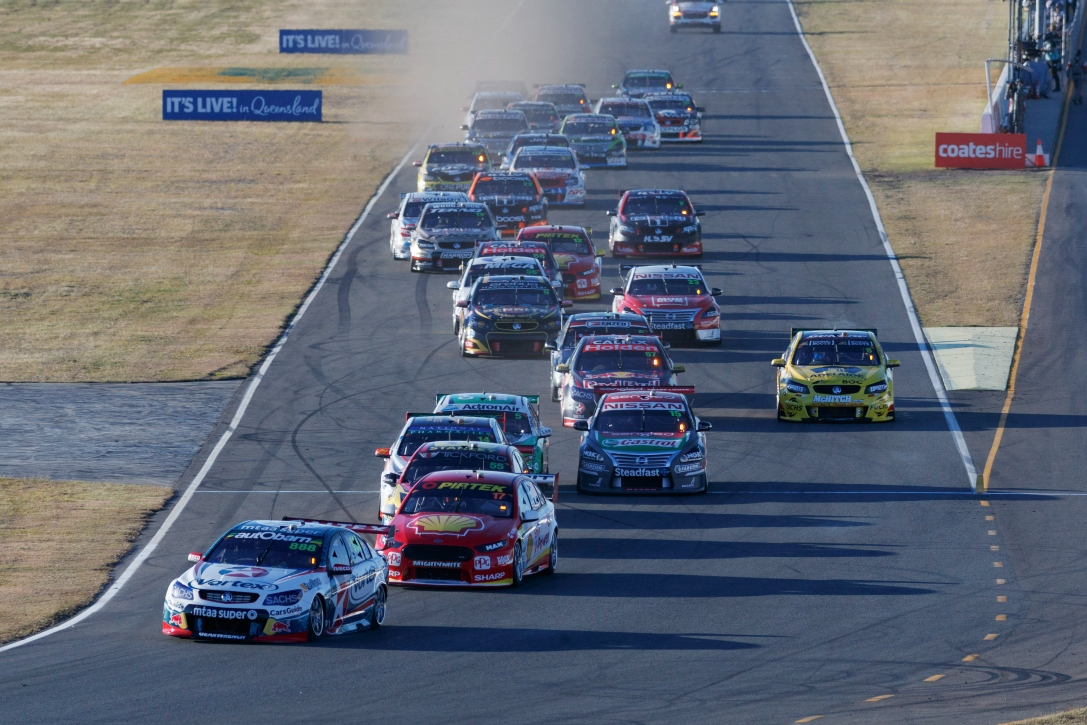 Scott McLaughlin quickly affirmed himself as a modern iteration of Craig Lowndes when he burst onto the scene in Supercars.

However, through all their successes, seldom did they lock horns, their most infamous battle ending in tears at the 2017 Newcastle finale.

Earlier that year, however, the two fought for victory at one of Lowndes’s most dominant battlegrounds, Ipswich’s Queensland Raceway.

On July 29, 2017, McLaughlin arrived to the ‘Paperclip’ with a series lead built off the back of five wins in 14 starts.

Lowndes, meanwhile, had gone winless for 26 races and 370 days.

McLaughlin had taken nine pole positions to the Ipswich round, but had only converted to victory four times.

Lowndes, a 12-time winner at Queensland Raceway, managed to secure a front-row start and left McLaughlin for dead as the race began. 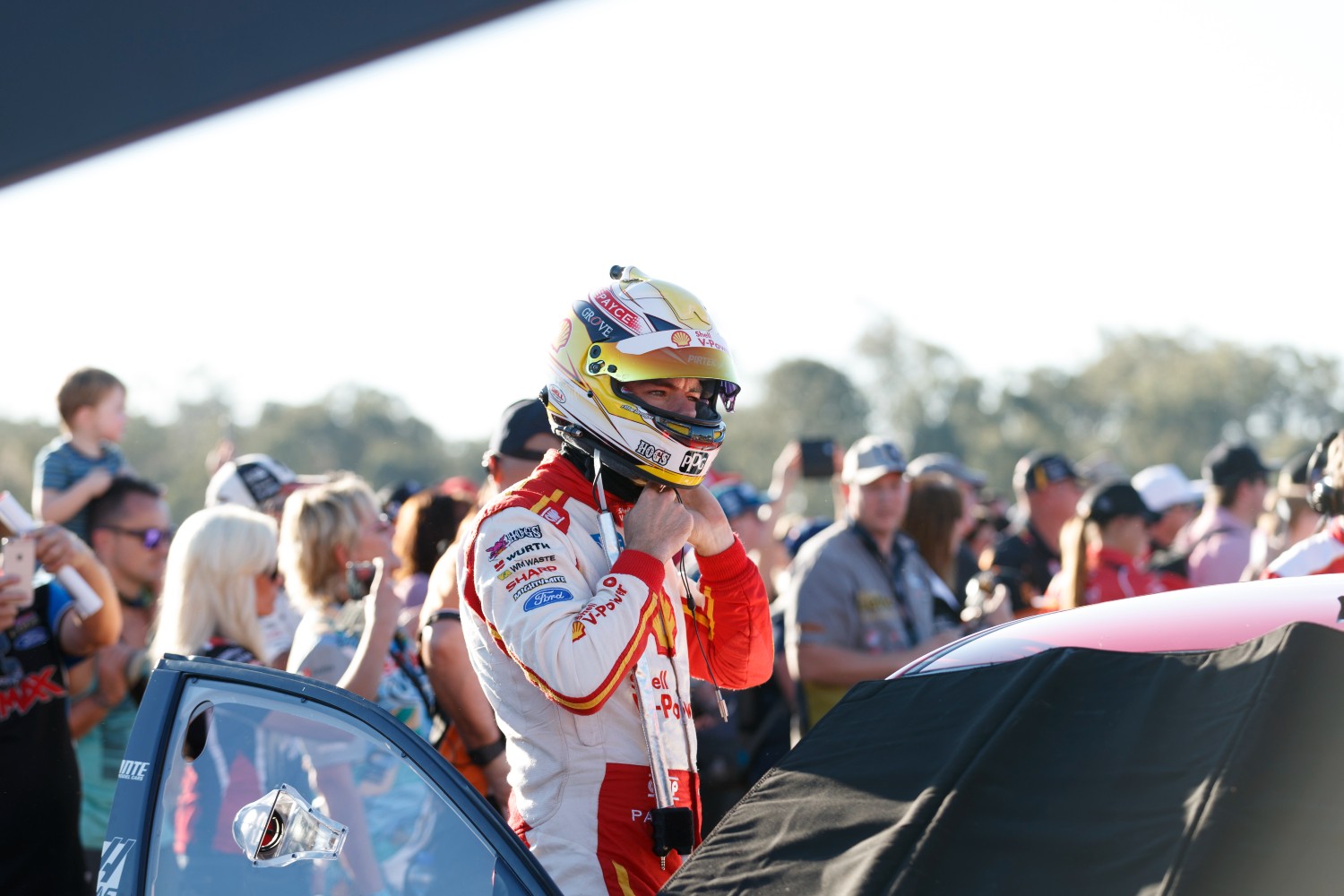 Despite his sluggish start, McLaughlin had clear pace over Lowndes.

As the #888 Caltex Holden slid around Turn 2 on the third lap, McLaughlin zeroed in and shaped up for an overtake into Turn 3.

There, the #17 Shell V-Power Racing Team Falcon emerged in the lead, McLaughlin kicking up dirt across the karting track kerbing.

McLaughlin one, Lowndes one. 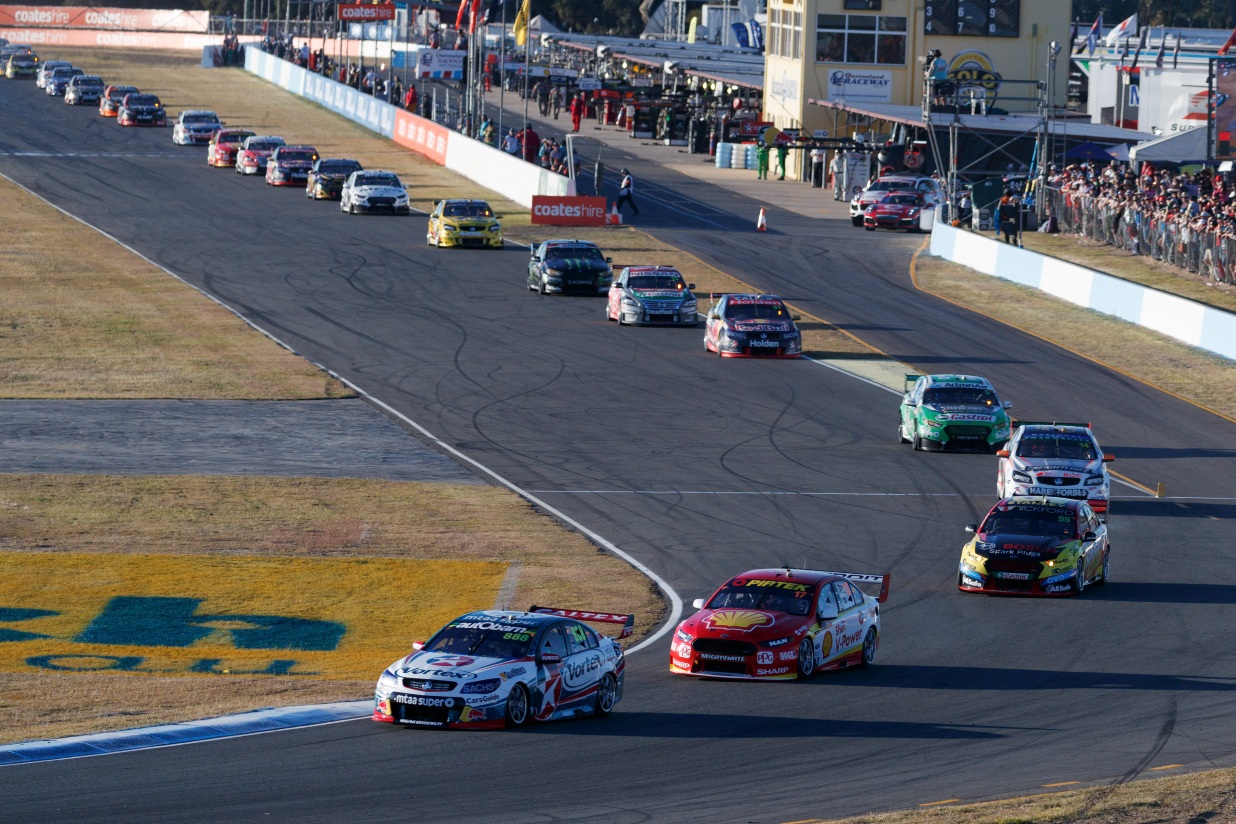 McLaughlin’s pace forced the Triple Eight pit wall into an undercut, with Lowndes pitting on the following lap for two tyres and a splash of fuel.

The undercut and shorter stop paid dividends, with Lowndes regaining the lead.

On cold tyres, McLaughlin showed all his guile to keep within striking distance; with Lowndes again sliding mid-corner, the DJR Team Penske driver was where he needed to be. 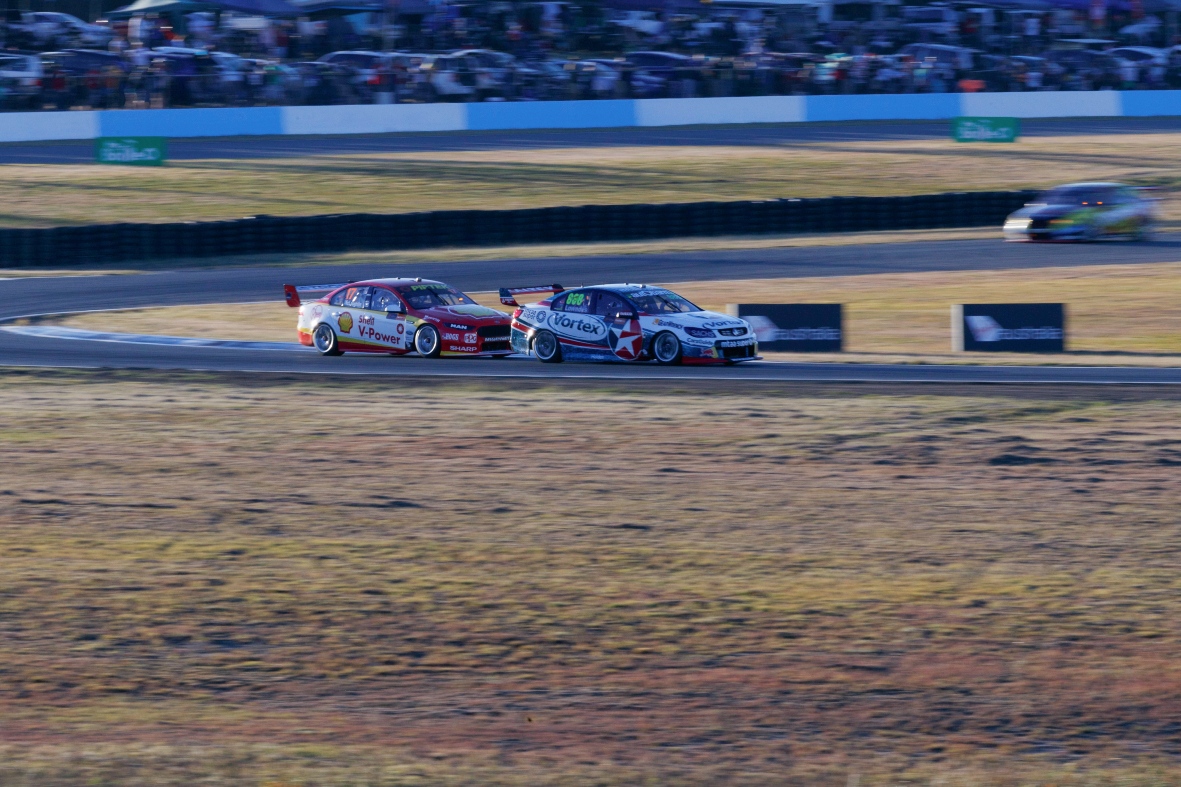 McLaughlin sets up his second overtake

McLaughlin trailed into Turn 6, but as Lowndes again missed the apex by the barest of margins, the Falcon was down the inside.

As Lowndes had done 13 laps earlier, McLaughlin cleared into the effective lead into Turn 1, and set after a sixth win of the season. 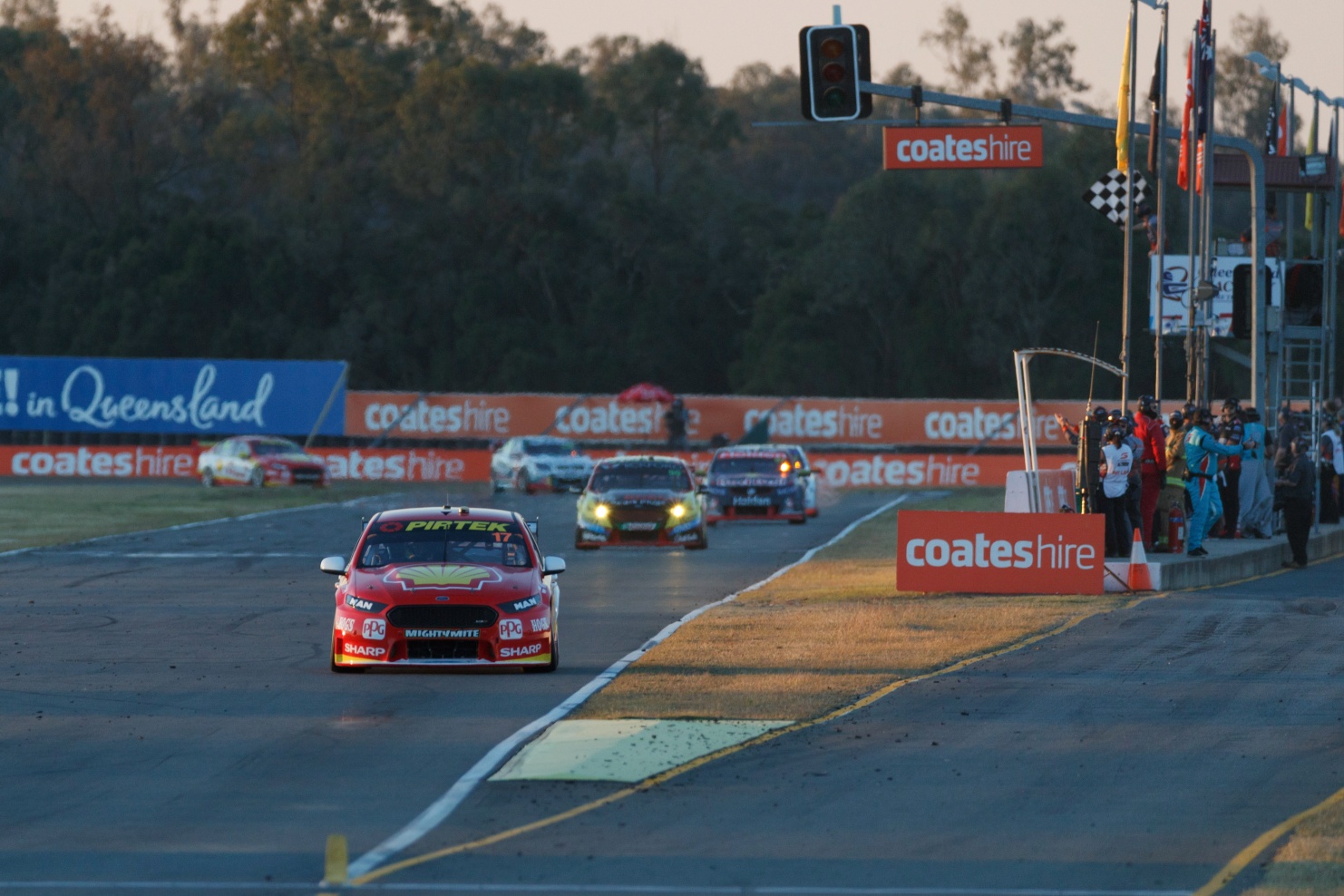 "I thought this one is not bad for me but he just got me," said McLaughin of the start-line battle with Lowndes

"It was an awesome battle. We had two great battles. It’s always good with Lowndesy, he’s a champion of the sport and it’s a privilege to race him. It’s pretty cool."

High tyre degradation meant Lowndes was forced to hang on towards the end.

It eventually caught up to him, with Chaz Mostert, Shane van Gisbergen and Tim Slade demoting Lowndes to fifth by race’s end. 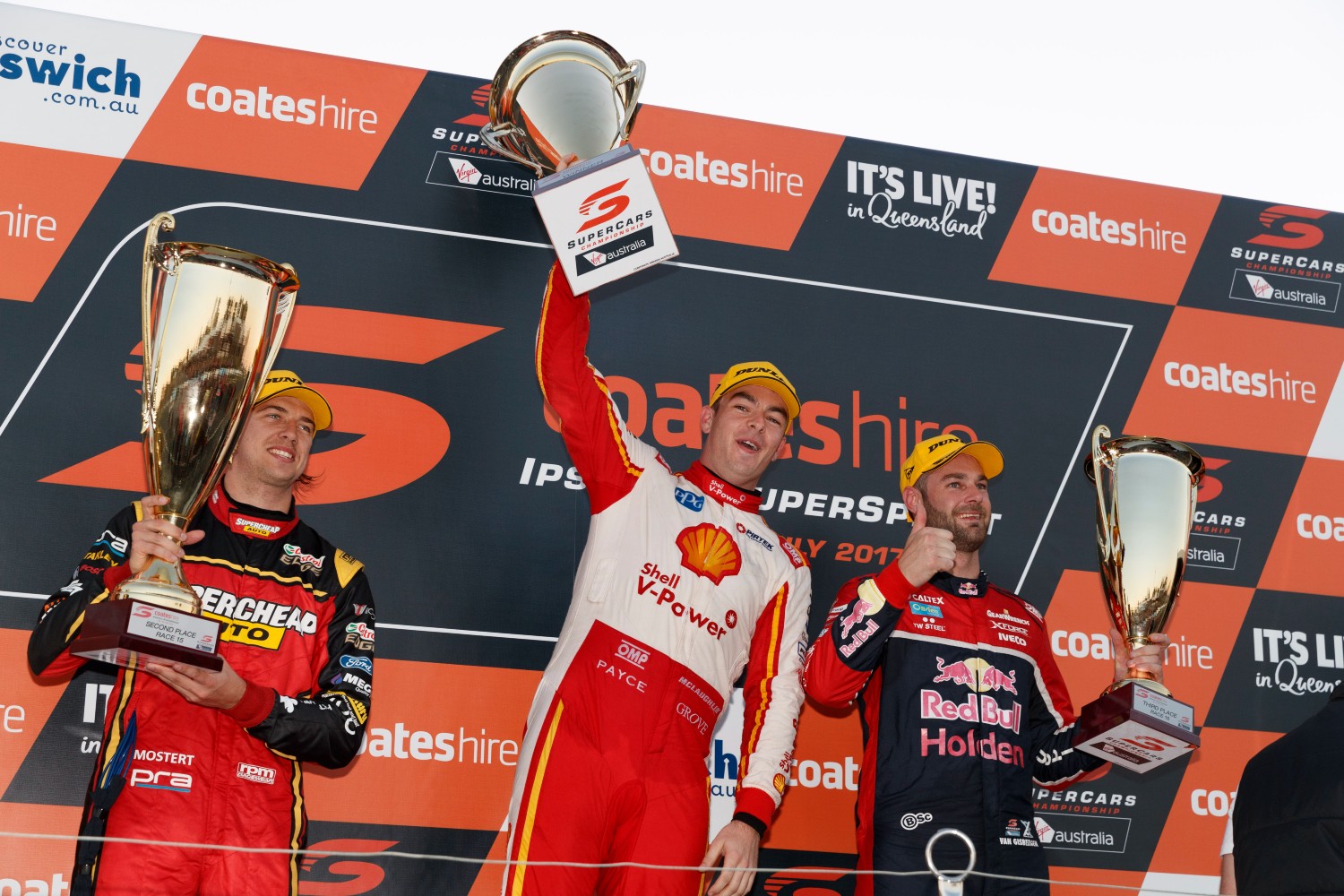 McLaughlin’s title rival Jamie Whincup, who was demoted to 14th on the grid thanks to a five-place penalty for pit lane contact with James Moffat in qualifying, took the flag in 20th.

Whincup’s hopes of a top 10 finish were ruined by an air spike issue that delayed his pitstop.

With McLaughlin twice fighting past Lowndes, it was a changing of the guard of sorts; Lowndes had challenged for the title in 2015, but was moved into a third car for 2016 with van Gisbergen arriving.

“It was awesome battling with Lowndesy,” an elated McLaughlin said after the race. 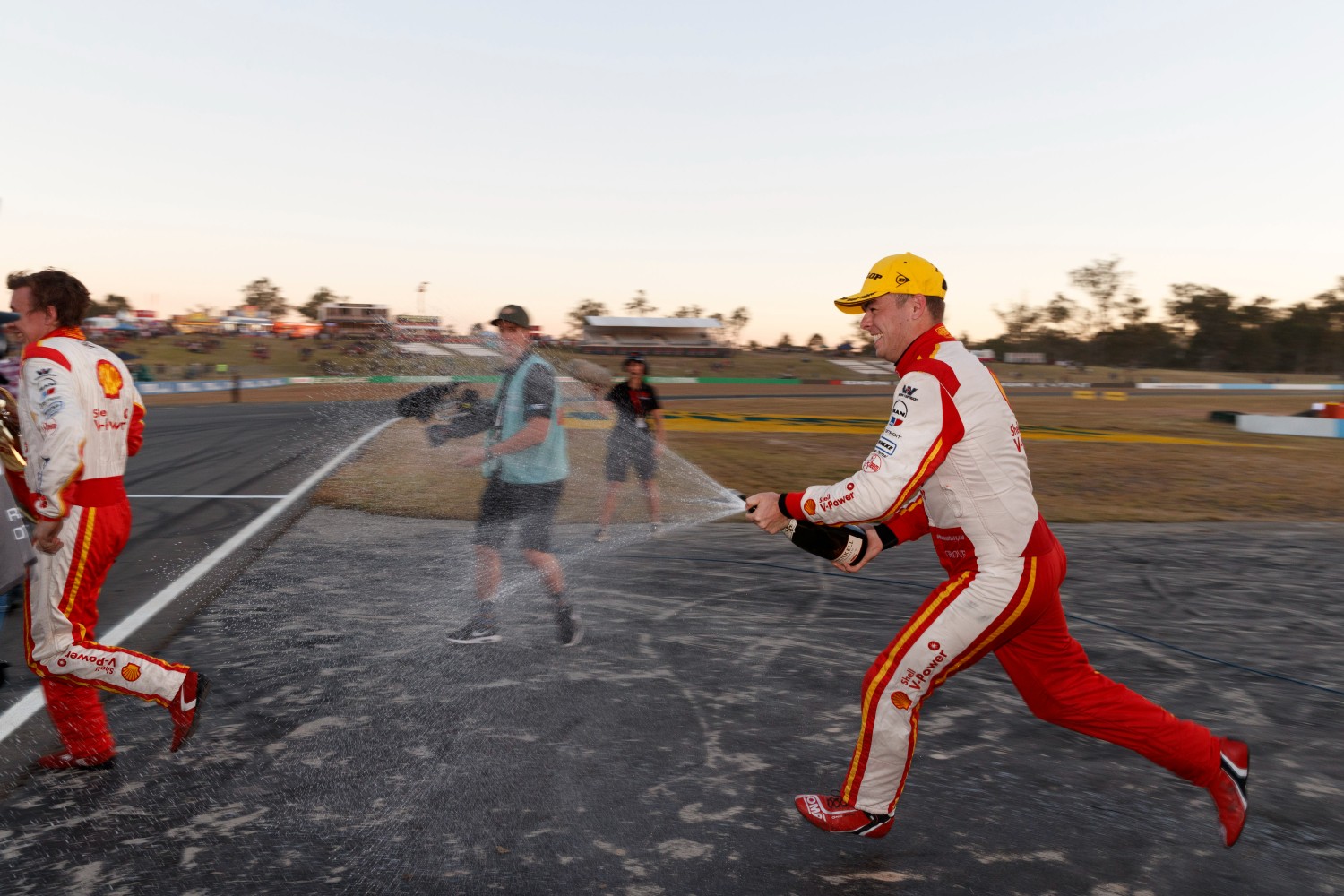 'With the speed I had, I needed to try and win it'

“The second one was a bit easier, because my tyres were better.

“I was able to get down the inside and controlled it from there.”

The 2017 season was bruising for Lowndes, with the fan favourite failing to win a race in a season for the first time since 2004. 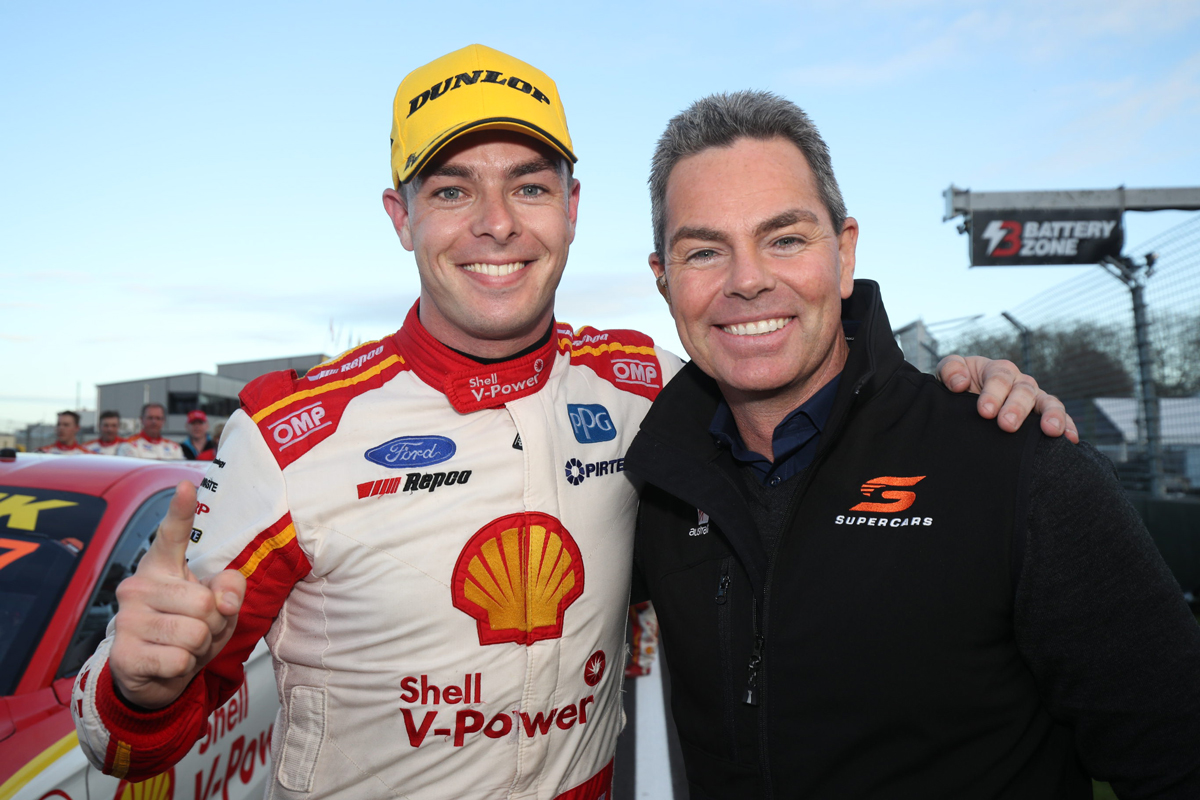 Still, McLaughlin knew the mettle of the man many had compared him to.

Having lost the lead off the start, McLaughlin knew he had to use his pace on Lowndes or see another pole go begging.

“I needed to capitalise on my position,” he said.

“Even when Lowndesy got in front of me, I didn’t want to risk too much, but I wanted to get past him.

“I had the pace… with the speed I had, I needed to try and win it. That’s what we did."