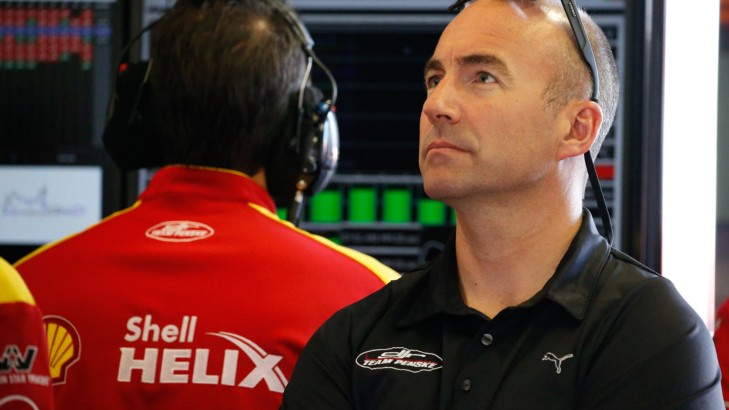 Two years after his shock retirement from Supercars, two-time Supercars champion Marcos Ambrose has opened up on how his professional driving career came to an abrupt halt.

His nine-year stock car adventure earned him two top-level wins in the competitive championship and a reputation as one of the world’s best road racers.

The Tasmanian made a high-profile return to Supercars at the end of 2014 with DJR Team Penske, running the Sydney 500 as a wildcard ahead of a planned full-time tilt the following season.

Ambrose however walked away from the drive after just two events, returning as a co-driver for the Pirtek Enduro Cup before permanently calling time on his professional career.

While he made a brief appearance in the paddock at the 2016 Tasmania SuperSprint, Ambrose has been somewhat of a recluse since his Supercars exit.

Almost two years on from his decision, Ambrose spoke with Supercars commentator Greg Rust in an extensive Q&A at the weekend’s CAMS awards night in Melbourne.

“The decision to stop came pretty fast, but it was pretty clear,” he told Rust.

“Over the course of 10 years my driving style had been butchered to suit oval track racing and these big heavy stock cars. They’re 900 horsepower and are clunky four-speed gearbox.

“I’ve paid my price in racing. Forty races a year, plus show events in the season. You supersize a whole career in a season. A lot of drivers do burn out.

“That’s why when I came back to Australia, I realised I wasn’t the right person to lead Dick Johnson/Team Penske on.

“Sure it’s an elephant in the room; why did you come back after a successful NASCAR career and stop in V8s after two races when I wasn’t winning?

“When I came back to V8 Supercars, I was struggling. And I think that’s the reason. My time was up.” 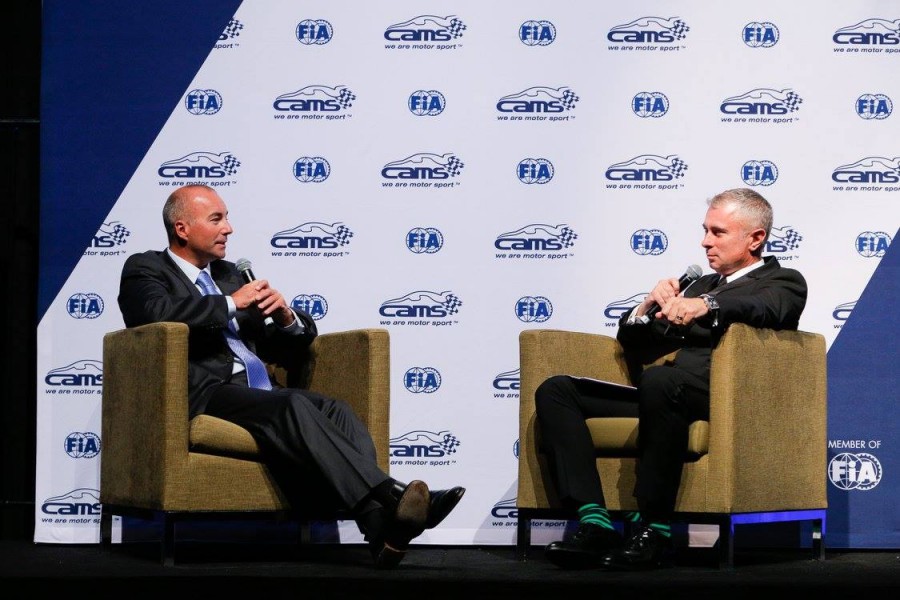 Marcos Ambrose speaks with Greg Rust on the night

Ambrose explained how the long gestation period of the DJR Team Penske deal worked against him when he returned to the category.

“The deal with Roger and Team Penske and Dick (Johnson), it was really formulated a year and a half beforehand where a conversation occurs, you say ‘if you ever did that Roger I’d love to drive for you’, and you kind of leave it at that,” he said.

“And then a year and a half later the phone call comes and it’s on.

“And it’s like ‘oh shit, is this really what I should be doing now?’ Because I’m feeling pretty tired and worn out from my American thing.

“I thought it’d be right, I’d come home and it’d work itself out.

“And then the situation that DJR was in at the time, where they were in this transition phase – and they still are, they’re still getting better and better each race, you can see their progression, but it takes time. I knew it.

“So when you come back, and I’m struggling to adapt from NASCAR back into a modern V8, the testing restrictions, and the tyres are hard, and I’m confused and tired from the States.

“And then you see ‘shit, to get out of this is going to take three years, to dig yourself out of this hole’.

“And I just realised that I’m not the right person for that team in the phase that they’re in. I need to get out of the way. And that’s what I did.

“There are no regrets there. I’m really happy with the choice. It’s just unfortunate that I let people down, that’s really what bugs me today. 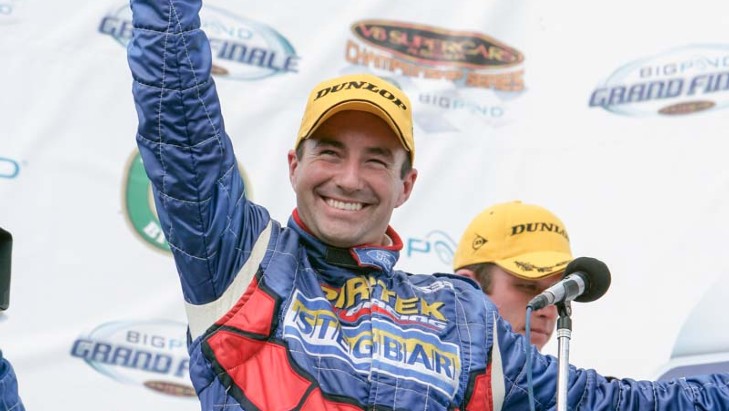 Away from the track, Ambrose has opened a wilderness retreat in Tasmania named Thousand Lakes Lodge which will host an official launch later this month.

While he says his driving days professionally are over, he has not completely left the sport.

“I’ve seen a lot. I’ve been around the world and raced in a lot of different categories. So I’d love to play a role in motorsport to some degree.

“My days of professional driving are done. Socially though, I might turn up and race a lawnmower, or race a dirt speedway car or those off-road buggies look good.

“Racing, once it’s in your blood it’s in there for good. And when I see guys like JB (John Bowe) still going at it and winning races, it’s a lot to be committed to as well just for the pure enjoyment of it.

“That’s what racing is meant to be about. You’ve got to love it and I certainly still have that love for the sport.”