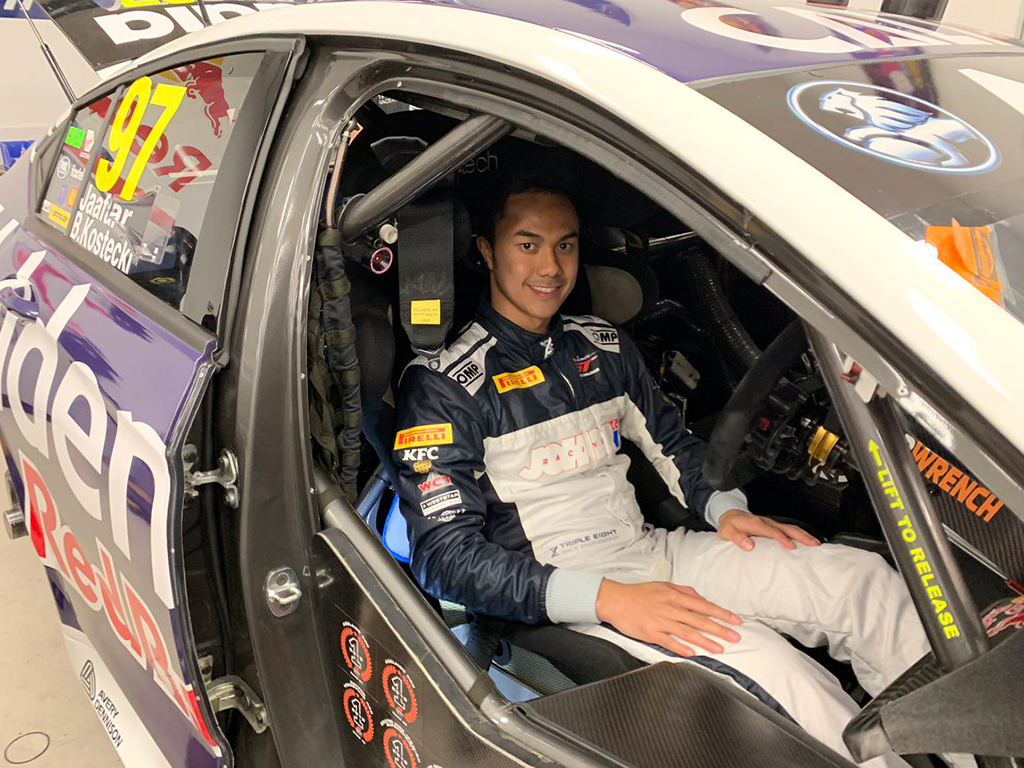 Malaysian Jazeman Jaafar has become the latest in a long line of internationals to drive a Triple Eight Supercar, as part of a Red Bull Holden Racing Team evaluation test day.

The 26-year-old, who is part of Triple Eight’s new Blancpain GT World Challenge Asia line-up, was given laps by the team at Queensland Raceway on Thursday alongside Brodie Kostecki.

Jaafar has spent recent years in protoype sportscar and GT machinery in Europe, following stints in a string of junior open-wheel categories. 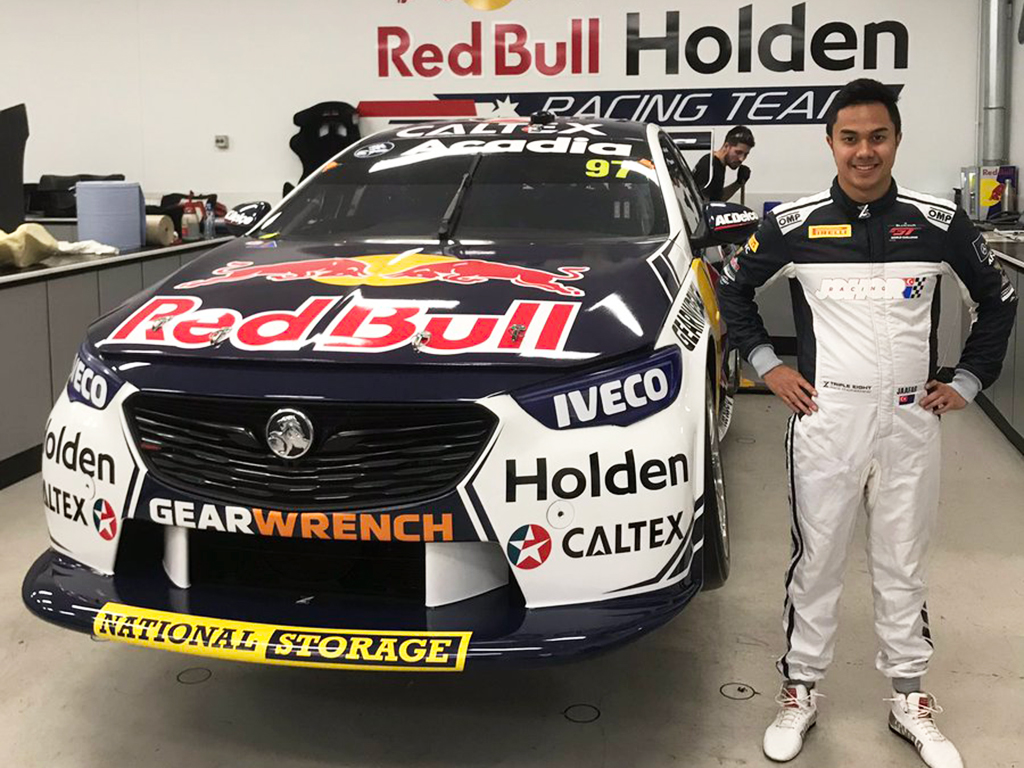 “It was his first time behind the wheel of a Supercar but straight out of the pits on the first lap he was driving the car as if he was a regular; smooth and consistent,” said Dutton of Jaafar.

“Throughout the day, as Jazeman began to push harder and drove more laps he did experience some of the differences between the Supercar and GT series car.

“Overall, he did a great job and enjoyed the experience.”

What a journey it has a been! Looking forward to what lies ahead. 👊🏼 @tunku_abdul_rahman

Kostecki, who drives an ex-Triple Eight Holden for Kostecki Brothers Racing in the Dunlop Super2 Series, impressed the team with his feedback.

“Brodie did the lion’s share of the day and drove above our expectations,” said Dutton.

“His feedback and consistency throughout the whole day was impressive and the insightful feedback provided to him was well ahead of his years.”

Van Gisbergen was also on hand, undertaking his maximum permitted 10 laps to set a baseline for the guest drivers.