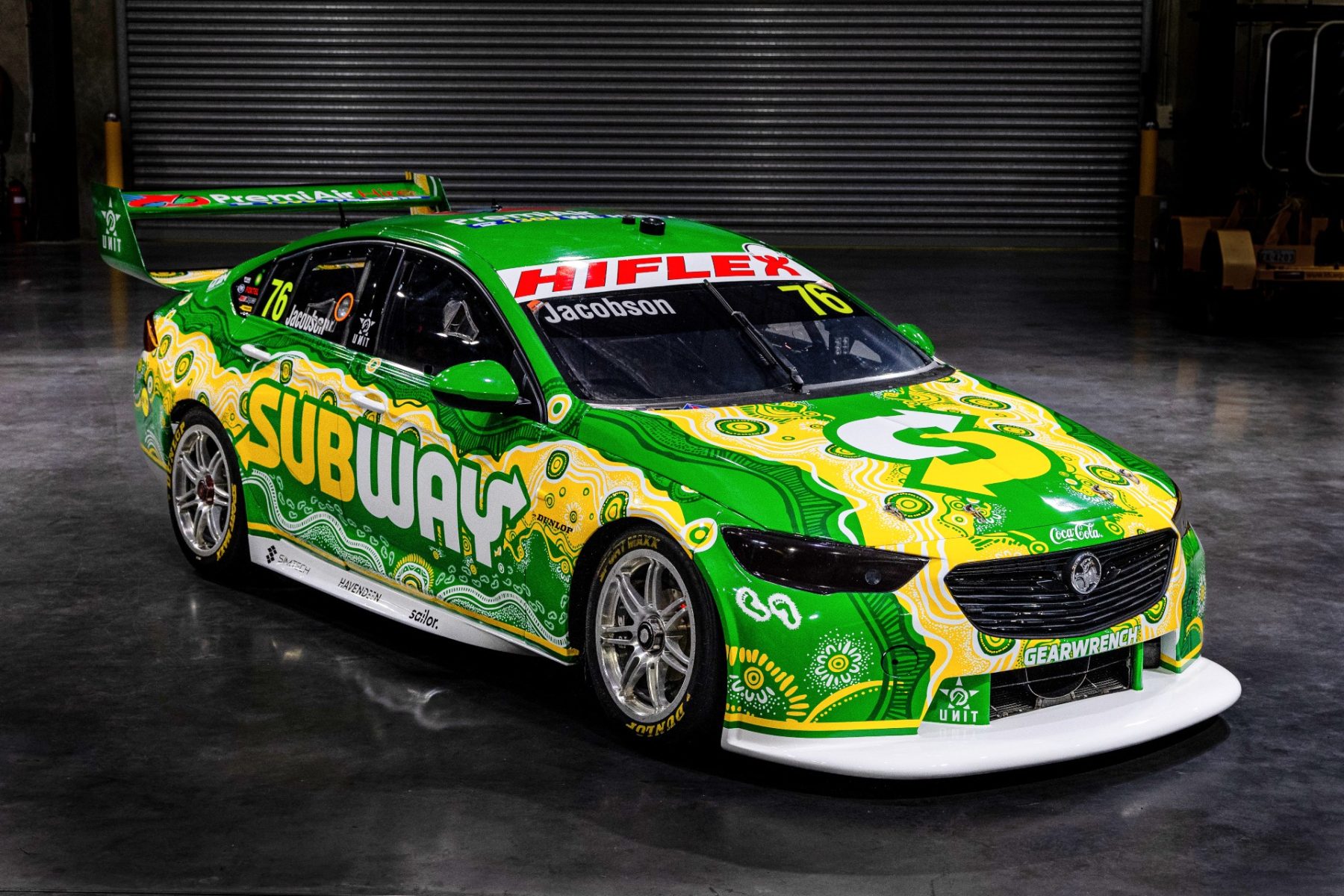 PremiAir Racing has revealed the second of its two liveries for the first ever official Indigenous Round.

The artwork on Garry Jacobson’s #76 Subway Commodore was designed by Elaine Chambers-Hegarty.

It comes after the team uncovered Chris Pither’s new-look Coca-Cola Commodore on Tuesday.

The award-winning Aboriginal graphic designer and artist has cultural links to the Koa (Guwa), Kuku Yalanji and Barada Barna people. 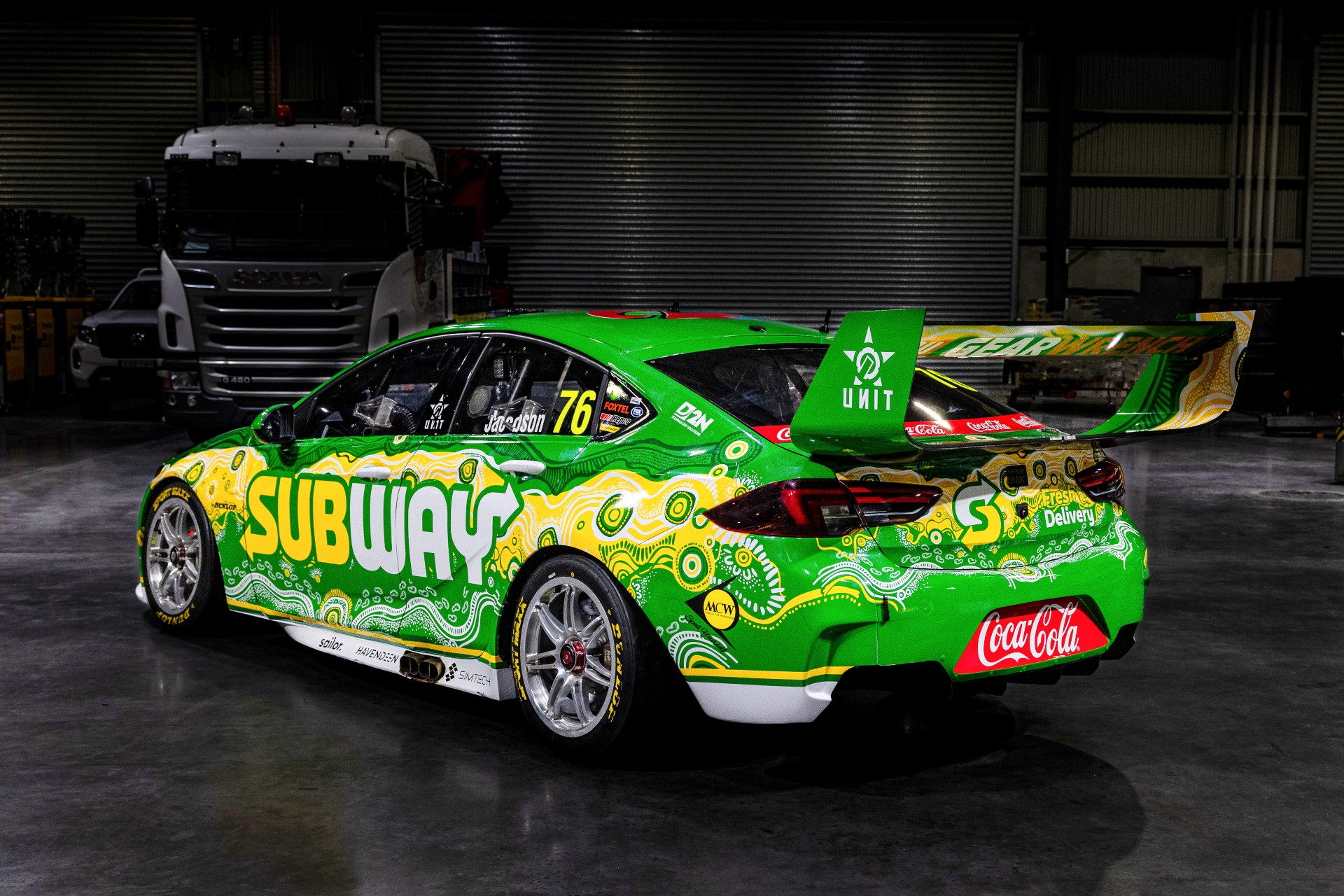 'Making Tracks' highlights connections of past, present and future through the representation of journey pathways.

The pathways highlight the continuous growth of people as individuals as well as a collective community.

The Hidden Valley circuit is represented by the large circular pathway in the artwork.

"The design is about our connections with past, present and future and our pathways for Indigenous and also non-Indigenous together," Chambers-Hegarty explained. 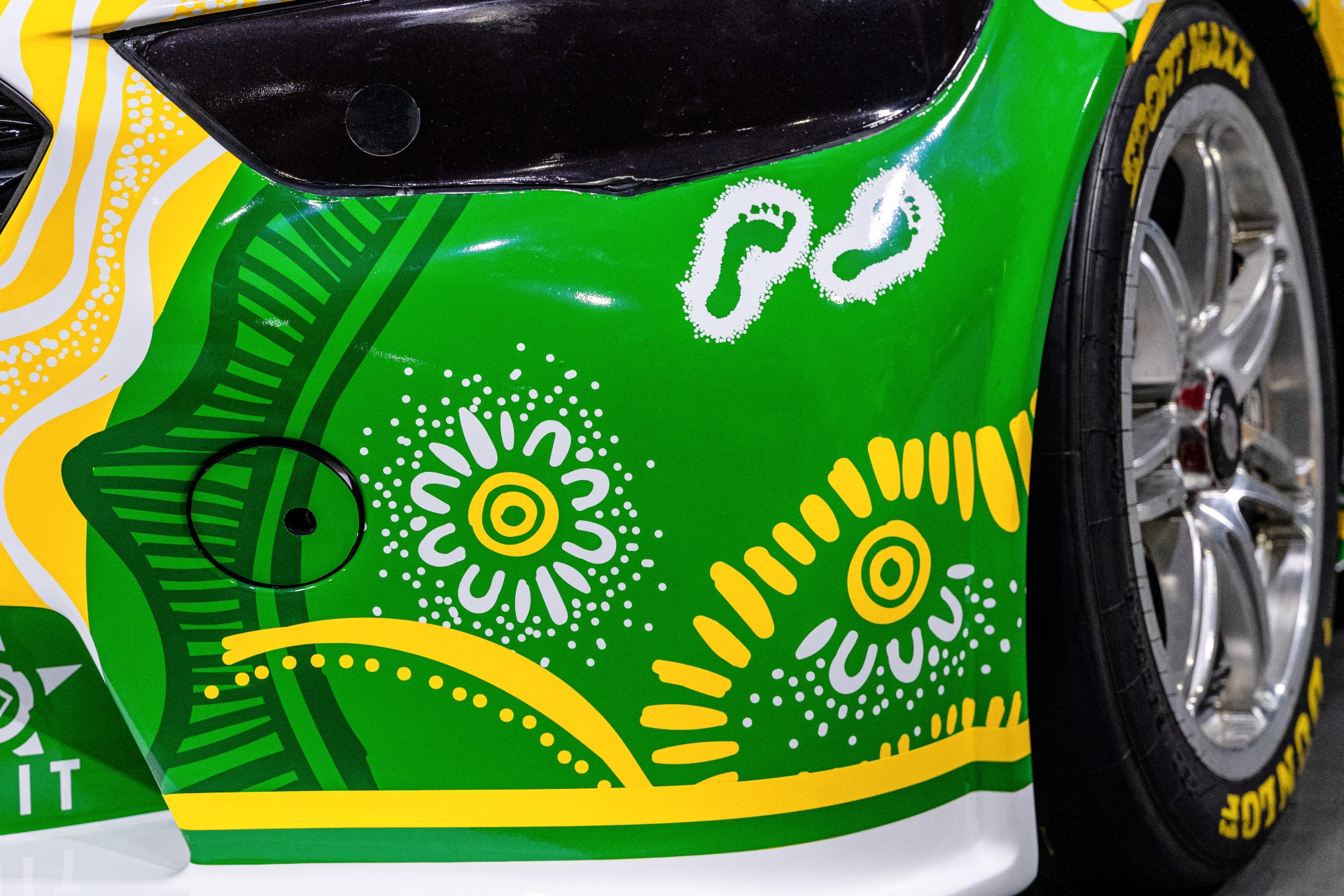 "I think this artwork is a perfect fit as my Dad and his art was my inspiration for my career choice.

“It's good to see Garry has kept his connection to his mob too by having his Dad's number on the car.”

Jacobson, who is 23rd in the points, was excited to race with the special one-off livery.

"I am greatly looking forward to being a part of the first official Supercars Indigenous Round, and to celebrate First Nations people," Jacobson said.

"To be able to do so carrying an inspiring artwork such as this created by Elaine Chambers-Hegarty is something I am very proud of.

"I hope I can honour her message this weekend."