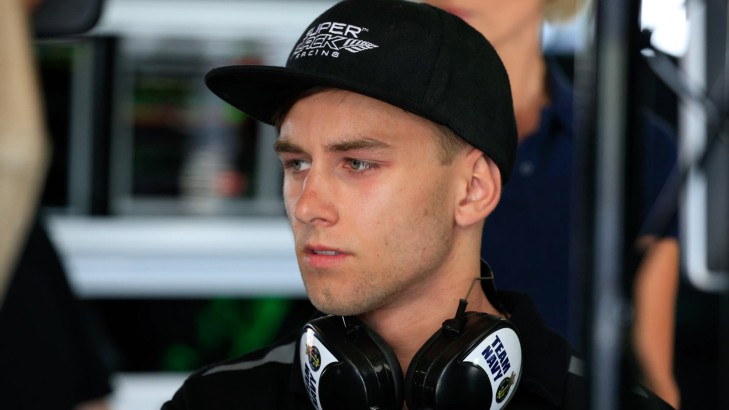 Andre Heimgartner believes he has done enough in his rookie year to show he deserves a seat in the V8 Supercars championship in 2016.

Heimgartner is learning each time he hits the track and is hopeful of strong results at his home race this weekend, the ITM 500 Auckland, as he negotiates for a spot on the grid for 2016.

"Every time I get on the track I've made a big step forward," Heimgartner told v8supercars.com.au.

"I think I've shown some good speed this year and the rest comes with time - you can't expect it to come in the first year.

"So I just hope some team or someone can see the potential there and take me on board ... I'm not really content with how I've gone [this year] because there's still areas I know I can improve on, and things I should've done and shouldn't have done."

Heimgartner is not locked in with SBR next year, with Dunlop Series drivers Chris Pither and Ant Pedersen having been linked to the #111 drive, and able to bring funding.

"It's been well publicised there are a few people Super Black are looking at - and I'm talking with them, along with a few other teams. We'll have to wait and see what happens," Heimgartner said.

"It's a difficult game at the moment and I'm just concentrating on trying to secure a seat next year - whether it's with Super Black or someone else, I'm not sure yet but that'll come out in the wash hopefully in the not too distant future.

"At the moment everyone knows what it's like - motorsport is a hard game and money unfortunately is a big part of the sport.

"If that's the case, that's fair enough. But I've got to do the best I can for the rest of the year for Super Black and do whatever I can to try and keep the seat."

The enduro program was difficult, with co-driver Pedersen caught in accidents at Bathurst and the Gold Coast.

It's a good time for a home race, somewhere Heimgartner feels he may have a slight advantage over the competition and garner some results - starring in a race is the best way to get noticed.

"I've just got to put my head down, not worry about that sort of stuff and hopefully it'll all pan out."

Although a full-time gig is the main aim, Heimgartner admits he wouldn't turn down a good endurance drive if it came to that.

While he didn't want to place too high expectations on himself, Heimgartner was hopeful of strong results this weekend at the 2.91km Pukekohe circuit.

"It's hard [with expectations] - you don't want to be too disappointed - but I'd expect to be top 10 all weekend.

"I wouldn't be too surprised if I found myself on the podium somehow. So that [top 10] is the goal and anything from there is a gift.
"It's a bit of a wild track, I love it!" he added.

The weekend marks the first time Heimgartner has driven a V8 Supercar at home, but he has plenty of experience at the circuit in the New Zealand SuperTourers category.