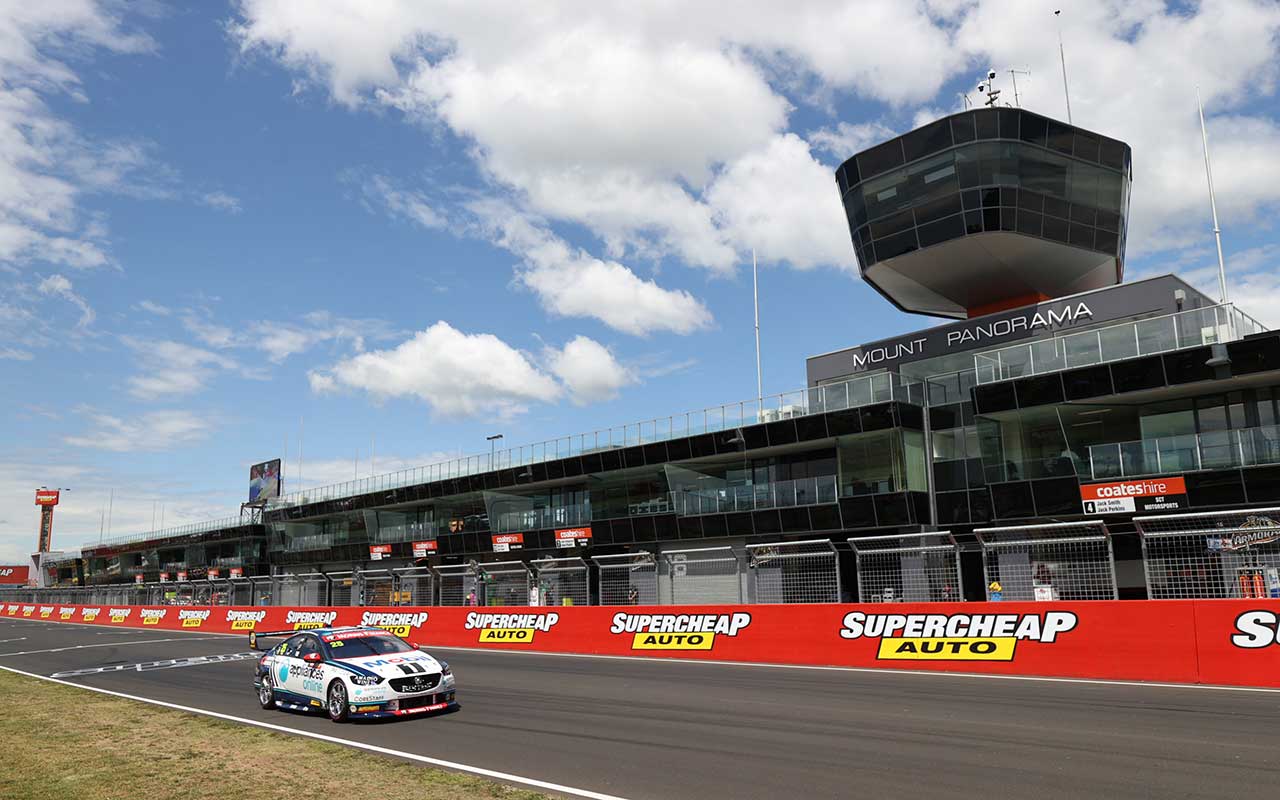 Enduro veteran Warren Luff topped the timesheets in the third and final dedicated practice session for co-drivers at the Supercheap Auto Bathurst 1000.

Pairing with Chaz Mostert in the #25 Walkinshaw Andretti United Holden, Luff paced the field in Practice 6 with a 2:05.4597s best.

That time was set with 15 of the 60 minutes remaining, knocking previous fast-man Garth Tander from the head of the order.

Said Luff: “We had a good program and kept chipping away from where Chaz ended up yesterday with the setup of the car and kept improving it.

“The car is really comfortable. We were still looking for more of a race car than quali, obviously Chaz has the Shootout coming up, but we’re very happy.”

The session was punctuated by a single red flag, called at the 15-minute mark to retrieve Tony D’Alberto’s #12 Shell Mustang from the Murray’s Corner escape road.

“I went to grab second gear into the final corner and it didn’t allow me to and then it felt like I had some neutrals, so I decided to shut it off,” said D’Alberto.

“It sounded all a bit funky to me, so I tried to keep it all nice and tidy before we get to the race and not damage things.”

Once the car was returned to the Shell V-Power Racing, the team set about undertaking a rapid transaxle change, allowing D’Alberto to get back on track for the final minutes.

Sixth for Dale Wood came after pitting with smoke pouring out of the #15 Castrol Mustang early in the session – an issue that was quickly resolved.

“The oil level was probably a smidge high, a couple of drops came out of the breather and it doesn’t take much to produce a fair bit of smoke,” explained Rick Kelly, who Wood is co-driving with.

“It’s a brand-new package for us, the first time we’ve done such a long race, so we’re just trying to work out all those parameters.”

Will Davison, Will Brown, Zane Goddard and Jordan Boys rounded out the top 10, with several of the high-profile runners down the order.

A seventh and final practice session – open to all drivers, will take place at 11:35am local time, before the ARMOR ALL Top 10 Shootout at 5:05pm.