Craig Lowndes started what was ultimately a run to the podium from the back row of the grid at Barbagallo Raceway hoping to get into the top 10.

The Autobarn Lowndes Racing driver had to contest first phase of ARMOR ALL Qualifying on Sunday, and was not only unable to advance, but his 15th-fastest time became 25th on the grid.

From there, though, he got all the way to third, sharing the podium with victor Scott McLaughlin who started 19th.

A 16-time race winner at the Perth SuperSprint venue, Lowndes rejoined in 13th place after his third and final stop on lap 60.

Six drivers ahead pitted again, while Lowndes also made a series of overtaking moves, including one on James Courtney for third at Turn 6 on the penultimate lap.

Asked if he thought a podium was on the cards, the three-time champion said: “No.

“Irish (engineer John McGregor) and I talked about it, we had that same situation here last year where we had an electrical issue driving out of the pits and started at the back of the grid.

“We were hoping to be back inside the 10 if we could, that was our goal.

“I said to Irish before I jumped into the car, ‘I’ll drive the wheels off it, you call the shots and let's see where we end up’.

“And to be honest the car was really good. Looked after its tyres, we had a green set of tyres for that second stint.

“Obviously because we didn't get to Q2, that was our gun deal, so it was our longest stint of the four.

“Our last stint was our shortest, which meant we could push hard, get past a couple of people.” 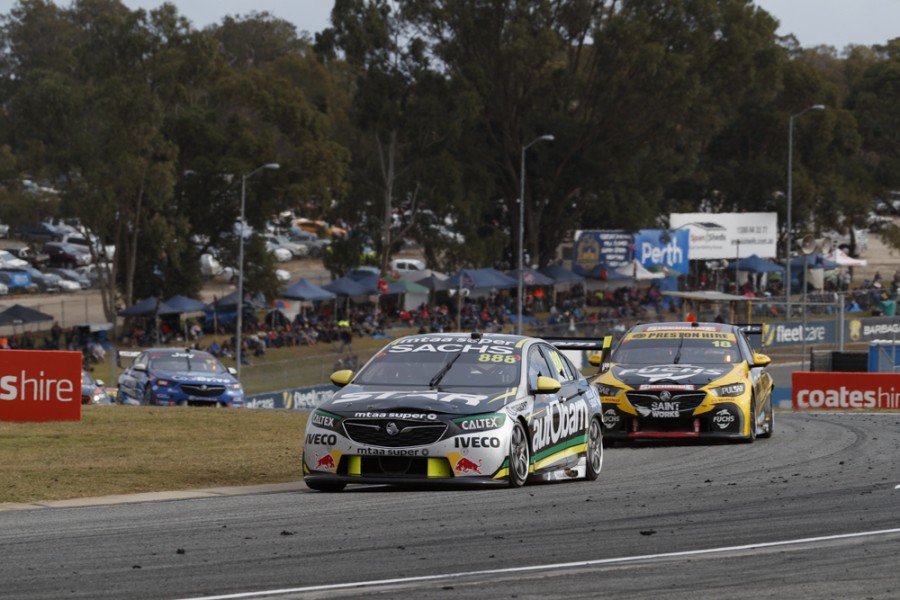 Lowndes got up to 21st before the pitstops that accompanied the Safety Car on lap four, in a congested pitlane.

He rejoined in the same place, having to double-stack behind garage-mate Jack Le Brocq’s Tekno Autosports Commodore briefly.

“Everyone was trying to dive in, cars were parked,” Lowndes said.

“It was basically a cluster of cars in pitlane and everyone I think did a really good job of either stacking beside and allowing cars getting serviced out.

“I know poor old Le Brocq got serviced but couldn't get out because I think it was one of the Shell cars was sitting beside I think either Jamie [Whincup] or Shane [van Gisbergen], so he had to wait.

“But luckily he got far enough forward for me to be able to drive in to get serviced.

“There was a lot going on in that but I think everyone did a really good job in the sense of the chaos.

“Then basically after we got going we had a really good pacey car, and looked after its tyre from start to finish.

“You can't go from the back of the grid to anywhere in this field unless you've got a really fast car under you, and we did.”