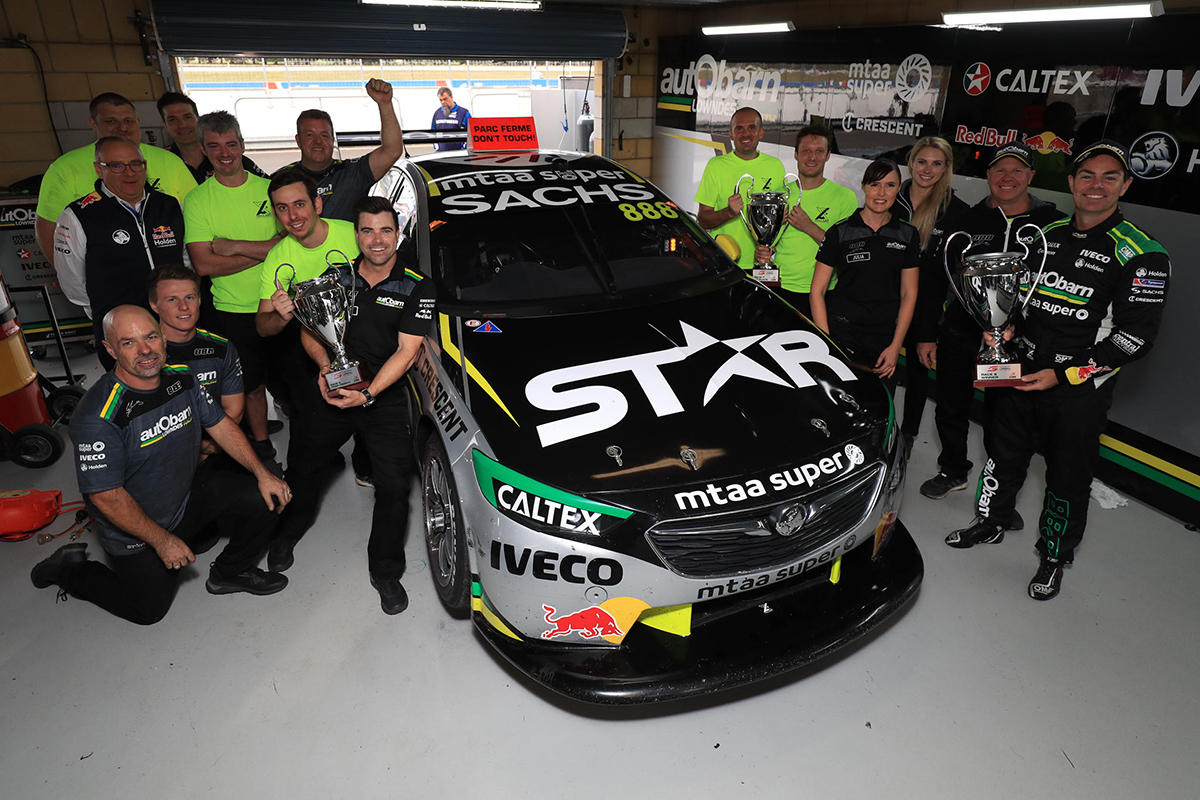 In a strong weekend, Lowndes finished second in Saturday’s first leg of the Tyrepower Tasmania SuperSprint and on Sunday morning claimed his first ARMOR ALL Pole since August 2015.

He followed that breakthrough with his first race win since July 2016, also the 106th of his decorated career.

Triple Eight expanded to field a third car in 2016 when it signed Shane van Gisbergen, Lowndes and his now-Autobarn-backed Commodore shifting to operate in a separate garage to the Red Bull Holdens.

The three-time champion won a pair of races in the first half 2016, but had recorded just two more podiums between that and this weekend’s running.

Lowndes’ success comes early in his second full season working with engineer John ‘Irish’ McGregor, who took over the primary reins from Ludo Lacroix in late-2016, when the Frenchman moved to Shell V-Power Racing.

Asked if the win got the monkey off his back, Lowndes said: “I think part of it is.

“I think, for Irish, he’s scored a couple of goals this weekend. We got the first podium for the team (as Autobarn Lowndes Racing) and today we got our first pole and backed it up with the win.

“We’ve achieved a lot this weekend.

“There’s still a lot to come, no doubt that there’s a bit of a pressure relief for us as a team and Irish has been copping a bit of criticism in the social world.

“I think hopefully we proved that we can achieve what we need to do.”

Braking gains have been part of Lowndes’ improved fortunes, while the 43-year-old is also finding the new ZB Commodore and move back to 2016-construction Dunlop tyres to his liking. 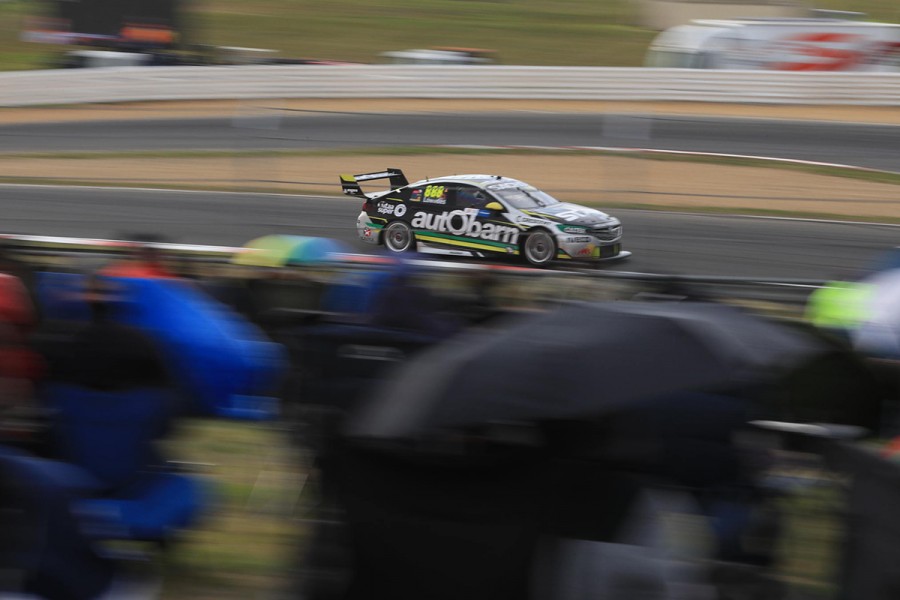 Acknowledging he has been “working on a few techniques in the car that help us smooth a few things out”, Lowndes said the key to the weekend was starting strongly, setting the fourth and third-fastest times in Friday’s practice sessions.

“I just think that we rolled the car out of the transporter about 80, 90 percent right,” he said.

“We’ve just been tweaking the car and making small adjustments.

“I like this circuit, it’s one of the smallest tracks we race on, but I enjoy this track, it’s quite a challenging little track, especially Turn 4.

“The car looked after its tyres and that’s what we aim to do this year.”