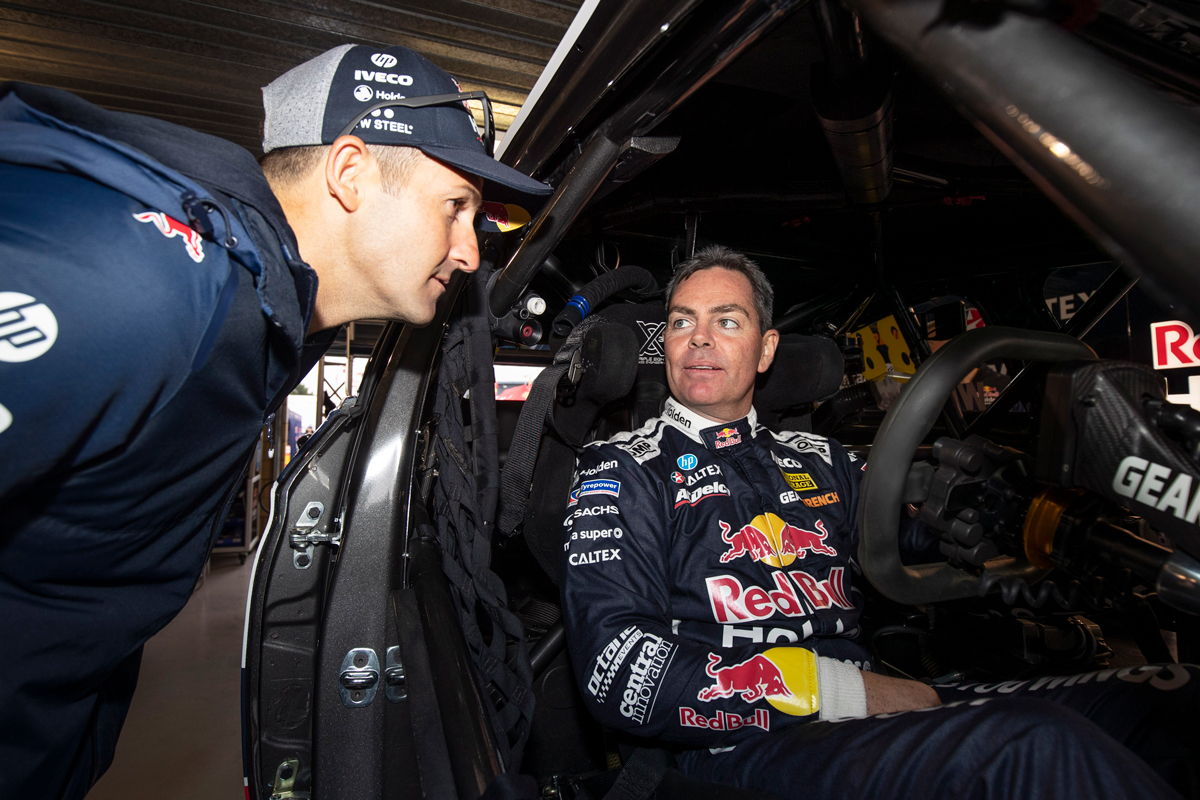 Craig Lowndes hopes he can take some pressure off Jamie Whincup’s shoulders in their quest for a record-breaking fourth Peter Brock Trophy together.

Lowndes and Whincup won the Great Race together 2006, ’07 and ’08, before being split when primary drivers were no longer allowed to pair up in ’10.

Whincup won again alongside Paul Dumbrell in 2012, but a litany of dramas have thwarted his annual Supercheap Auto Bathurst 1000 campaigns since.

Lowndes has meanwhile taken his own Great Race victory tally to seven with victory alongside Mark Skaife in 2010 and Steven Richards in ’15 and ’18.

With Lowndes now Whincup’s co-driver for 2019, they now have the chance to become the first pairing to win the race on four occasions. 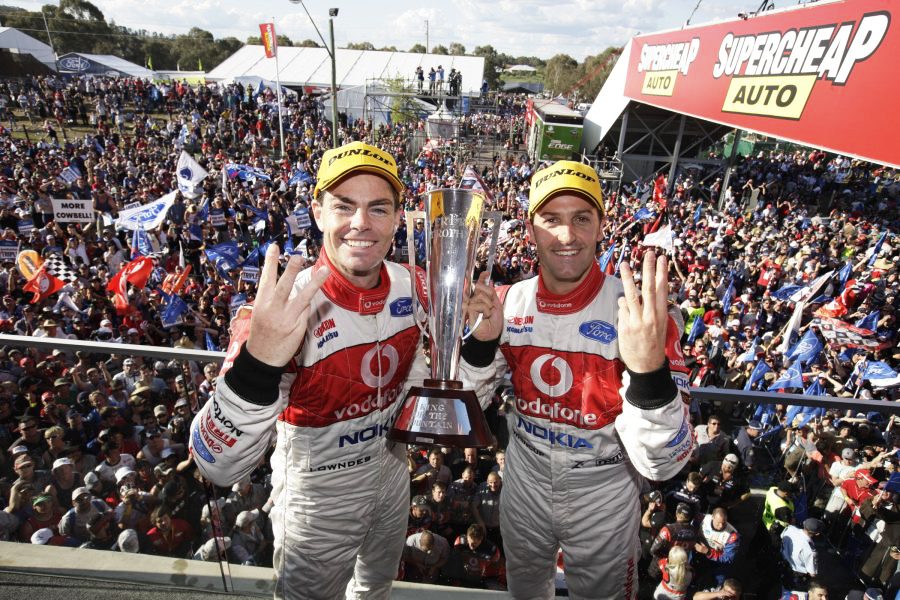 Lowndes’ influence could prove the key to bringing it all together for Whincup, who has perennially had the pace to be in contention.

“There’s no doubt that I’ll work on the race car, he (Whincup) will work on the qualifying car, and relieve him of some of the pressure on that side of it,” said the 45-year-old.

“If we’ve got a strong car towards the end of the race, there’s no doubt that he’ll match it with the best.”

Not peaking too early is vital, Lowndes added: “Bathurst is all about staying out of trouble and looking after the car at the beginning.

“My mentality going into the race itself is, to be honest, I don’t want to be the leader. 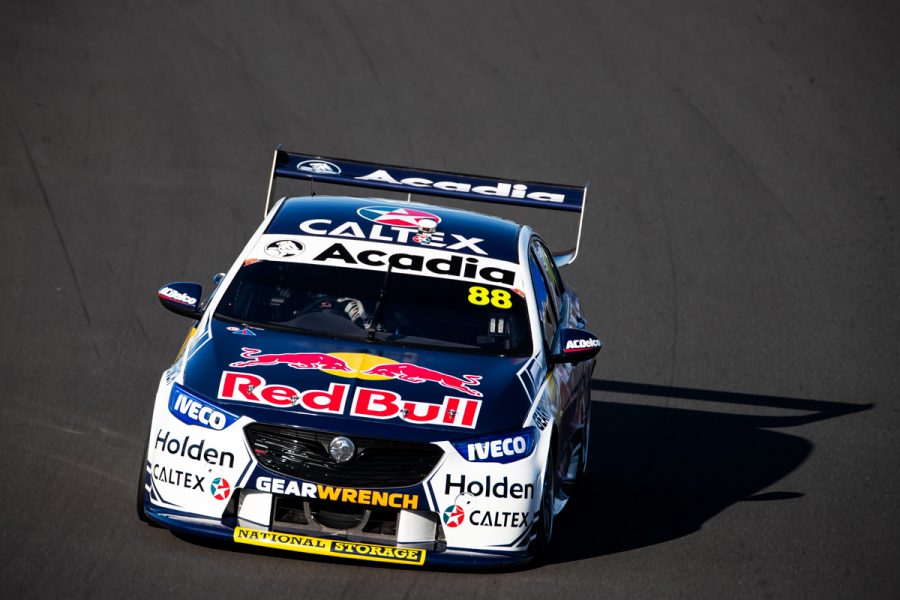 “I want to make sure that you sort of run under the radar for a little while and then at the crucial time with about 60 laps to go, you want to make your way forward and start leading at that point and that’s where we’ll hand it over to Jamie and he can bring it home.”

Lowndes has been pleased at the relative ease with which he has settled into the Red Bull Holden Racing Team Commodore in sporadic outings this year, the most recent being the additional driver session at The Bend last month.

“The best thing about it for me is the ergonomics inside the race car is no different to when I left it last year,” he said.

“It is pretty much like getting back on a bike, getting familiar with everything. 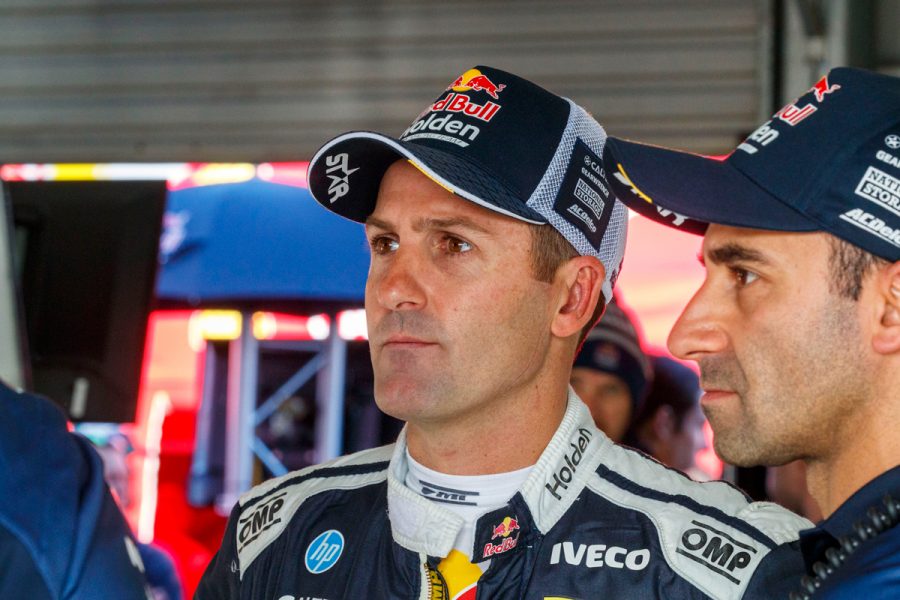 “The good thing about [race engineer] Dave Cauchi and everyone that is involved in the car, I have known them for a number of years now so again it’s familiar for me.

“It’s just a matter again of getting my head around this new aero update.

“We’ve got a test day coming up which again will give us a good insight about where the car is at, what it has done for us, and head to the Mountain with a lot of confidence.”

Lowndes has only raced once since his full-time farewell at Newcastle last November, sharing a Mercedes with Whincup and Shane van Gisbergen to fourth in February’s Bathurst 12 Hour.